Even after binging Netflix's most popular docuseries, Tiger King: Murder, Mayhem, and Madness, burning questions linger. One of the biggest questions being, what happened to Carole Baskin's late husband, Don Lewis? Since mysteriously disappearing in 1997, no one has heard from him, but thanks to Tiger King 's meteoric rise to the top of every social media platform's trending page, police are once again asking for leads in the hopes that they can finally resolve this decades-long mystery.

On March 30, just over a week after Tiger King was released on Netflix, Hillsborough County sheriff Chad Chronister tweeted a photo and a brief description of Lewis along with a call for any new leads claiming that the popularity of the show made it a better time than ever to see if a tip could result in some long-awaited answers. "Since @netflix and #Covid19 #Quarantine has made #TigerKing all the rage, I figured it was a good time to ask for new leads," Chronister tweeted.

Following the docuseries, police also said that they received tips to the cold case. In an interview with magazine published on Thursday, Chronister said that tips would continue to be investigated if they were credible. "I would be foolish if I didn't take advantage of [the show's] popularity and put the message out that if you think you know something, you should contact the sheriff's office," Chronister said in the interview.

It is unclear what exactly police are now looking for as the case is over 20 years old now, with the exception of a slight new recent development. Last week, a girl claiming to be Lewis' granddaughter came forward on TikTok thanking the show for shedding light on the case. In her video, she claims that she thinks Baskin is responsible. Refinery29 reached out to Chronister and the Hillsborough County sheriff's office to comment.

Still, it seems that the need to find answers about Baskin's missing husband is unwavering. Don Lewis, an animal-loving millionaire who owned and ran a big cat sanctuary in Florida with his wife Carole, disappeared on August 18, 1997. One day later, Baskin filed a missing persons report with sheriffs' deputies. She told law enforcement that Lewis was planning to transport cars to Costa Rica, where he owned 200 acres of land near Begaces, and that it wasn't unusual for Lewis to leave without telling her first.

On August 20, Lewis' car was found at Pilot Country Airport just over 35 miles away from their sanctuary. The airport manager claimed the car had been sitting there for a couple of days, local CBS affiliate WTSP reported in 2003. The keys were still in the car.

In Tiger King, members of Lewis' family say that they believe Baskin could have something to do with Lewis' disappearance. Baskin has always denied having any involvement in her late husband's disappearance and was never arrested or charged in relation to the case.

Records show that two months prior, Lewis went to court claiming Baskin threatened to kill him, but his petition for protection was denied, and deputies found no signs of foul play. Lewis and Baskin continued to live together until his disappearance and in 2003, five years after his disappearance, a judge declared Lewis dead; however, Hillsborough County sheriff's deputies said they intended to keep the case open until they knew for sure.

Now, it seems the popularity of the show has brought new interest to the case. The seven-part series pulls back the curtain on the outlandish world of big cat breeding and the people involved. It centers around one main character, Joseph Maldonado-Passage, the former owner of an Oklahoma big cat park better known as Joe Exotic. In January 2020, Exotic was convicted of two counts of murder for hire, eight counts of falsifying wildlife records, and nine counts of violating the Endangered Species Act. For his crimes, he was sentenced to 22 in prison, reports the Washington Post.

The show portrays Baskin as Exotic's nemesis being an animal rights activist who was against Exotic's breeding of lions and tigers for private owners. Even so, Tiger King is not a clear cut depiction of a "good guy" and a "bad guy" in such black and white terms. Baskin, who portrays herself as the "good guy" throughout the series, has objected to how the documentary makers depicted her.

Tiger King "has a segment devoted to suggesting, with lies and innuendos from people who are not credible, that I had a role in the disappearance of my husband," Baskin wrote in a blog post on her animal sanctuary's website on March 29. "The series presents this without any regard for the truth or in most cases even giving me an opportunity before publication to rebut the absurd claims. They did not care about truth."

In an interview with the Los Angeles Times, co-directors and writers Eric Goode and Rebecca Chaiklin refuted Baskin's claims that they sold her on the idea of the docuseries as a big cat version of Blackfish before they first began filming five years ago. "Carole talked about her personal life, her childhood, abuse from her first and second husband, the disappearance of her ex, Don Lewis," said Goode adding that the scope of their interviews made it clear that the subject was much wider than just her animal park. 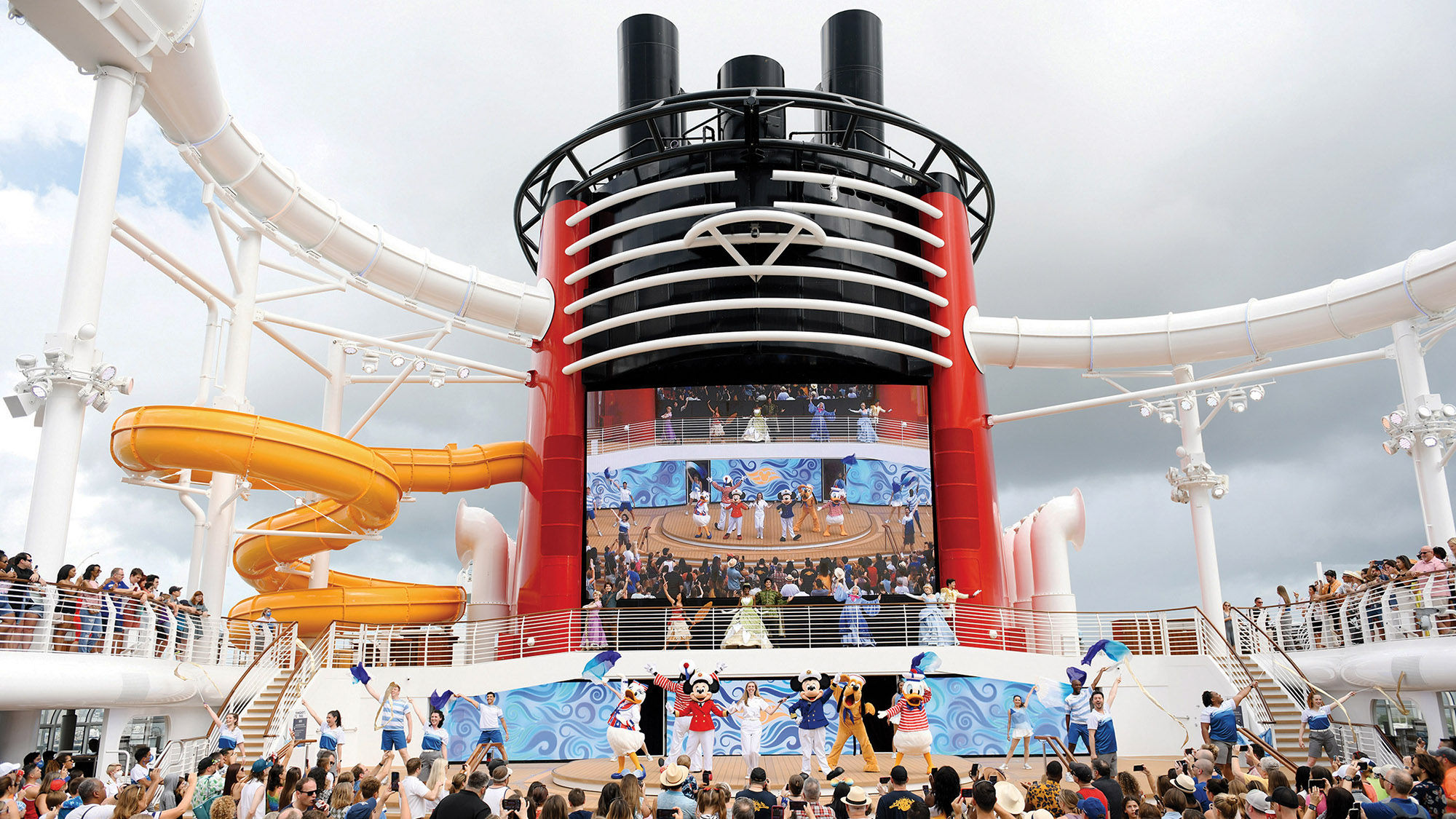