The U.S. and China seemed to be starting the year out strong after on Jan. 15, President Trump and China's chief trade negotiator, vice-premier Liu He, signed the "phase one" of a trade deal meant to halt the countries' almost two-year-old trade war.

Just days later, it became apparent that a new coronavirus outbreak that had started in the central industrial hub of Wuhan was spreading fast across China. Businesses, which were already preparing to close down during the weeklong Lunar New Year holiday at the end of January, stayed shuttered for weeks afterwards, putting a strain on consumption and making a serious dent in China's manufacturing productivity and exports.

China's exports collapsed by 17.2% in January-February compared with the same period last year, according to data released Saturday. Moreover, the country reported a rare trade deficit, of $7.1 billion, the first since March 2018.

The data call into question China's ability to purchase, as agreed in the trade deal, $77 billion worth of goods from the U.S. this year including agricultural and energy products, services and manufactured goods.

COVID-19 also adds to the uncertainty of U.S. companies operating in China, which were hoping for a respite from the countries' trade frictions. A study released Tuesday by the American Chamber of Commerce in China (AmCham China) showed that uncertainties in the China-U.S. economic relationship were the primary reason, selected by 28% of respondents, for paring down investment in China, followed by the country's slowing economic growth.

In a separate flash survey focused on the impact of COVID-19, 44% of respondents said they were pessimistic about how the virus would affect the bilateral U.S.-China relationship.

"There was an expectation that there was an additional $77 billion in trade that was expected to happen between the U.S. and China, meaning to purchase an additional $77 billion in U.S. goods and services," said Greg Gilligan, chairman of AmCham China. "I anticipate that we'll probably come short of achieving that because of the COVID-19 situation."

China's imports from the U.S. have grown by 2.5% in the first two months of the year compared to the same period last year, while exports plunged 27.7%, according to Chinese customs data.

The drop was heavily influenced by factory shutdowns across China in January and February when authorities tried to contain the coronavirus outbreak. The numbers could, however, understate the depth of China's economic slowdown, says Rory Green, an economist at the London-based consultancy TS Lombard. The data don't account for seasonality, as February's weak factory output was compared to similarly low production levels last year, when the Lunar New Year holiday fell in February.

More concerning data came out earlier this month. The manufacturing purchasing managers' index (PMI), a gauge for manufacturing activity, crashed to a record low of 35.7 in February - below the 38.8 index registered in November 2008, at the start of the global recession. A figure under 50 signifies contraction.

While there is widespread expectation that China's economy will struggle in the first quarter of the year, with some observers expecting the first economic contraction since 1976, there will be room for the economy to recover by the end of the year, says Sun Lijian, director of the Financial Research Center at Fudan University in Shanghai. A key factor is how quickly the epidemic is controlled and businesses can resume normal operations.

Workers are gradually returning to first-and-second-tier cities after the prolonged holiday period. "Operations are mostly north of 50% in capacity," Gilligan said, referring to U.S. companies in China.

Nearly one third of respondents in the AmCham survey said they expected a return to normal business operations by the end of March. However, about 12% projected that delays would extend through the summer.

Nevertheless, the companies are bracing for a drop in revenues due to the outbreak. Nearly half of respondents said they expected their revenues to fall this year if business cannot return to usual before Apr. 30, while almost one fifth said their annual revenues would drop by more than 50% if the virus epidemic extends through Aug. 30. 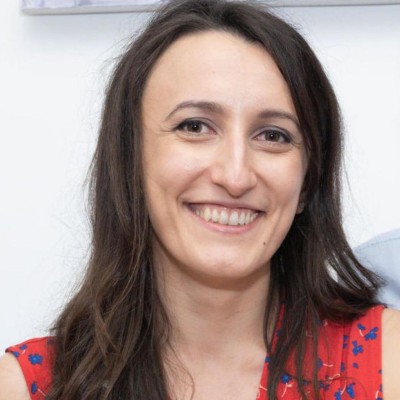 Trump hopes U.S.-China trade deal will be signed by middle of November