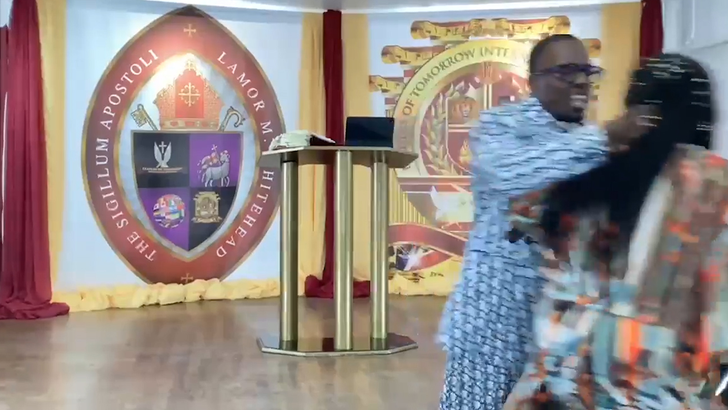 Cops responded to the scene, but it doesn't appear he's been arrested yet.

The leader of the local chapter of the Leaders of Tomorrow International Ministries in the Canarsie neighborhood of B-Town was giving a live streamed sermon this weekend and things got a bit heated. 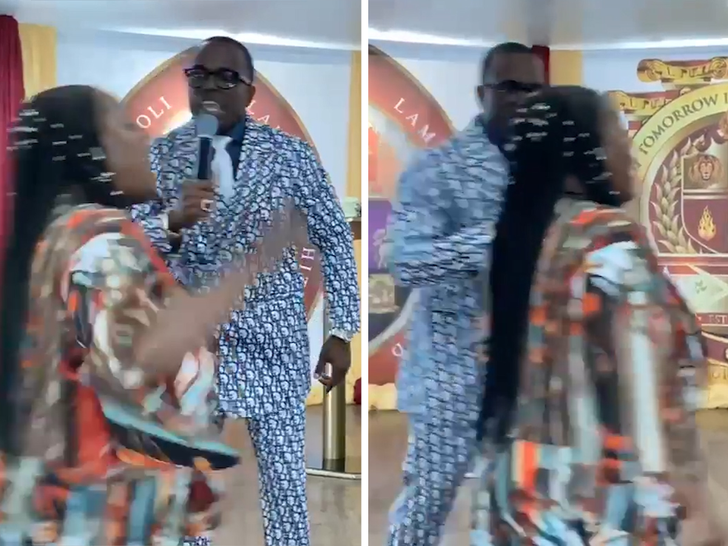 NYPD sources tell us that there was an argument over someone filming and that it boiled over into a physical confrontation. That's in line with a video that captured the whole thing.

Bishop Whitehead tells the congregation to let her record be heard, but someone out in the pulpit is shouting, and he invites her up.

He asked the woman if she wanted to deliver the word for him, and then told the visitors to praise Jesus while speaking in tongues. He grabs the woman by the head and shoves her out of the picture.

He told someone to get her out of here and said he felt threatened. Normally, he continues the service.

At this point, we don't know if he will be booked or processed for this. If he hasn't been caught by now, it's unlikely he'll be called up.

Our sources say that Whitehead and the alleged victim were brought to a precinct for further investigation. At least for now, nothing seems to have come out of it. The guy who was robbed mid-sermon earlier this summer was captured through his church's live stream.

The woman and others were sent in to disrupt his service because of litigation he's involved in. He says the woman was threatening his wife and baby daughter. He says he did what he had to do to keep them out of harm's way. He insists that the narrative is being twisted.