There will inevitably be debris at the landing site when a spaceship plummets down.

A strange-looking ball of tangled, "spaghetti"-like material, which the space agency believes they have identified, is one of the diverse debris scattered by the Perseverance rover.

A NASA scientist said that debris is common in space missions.

The tangled mess is thought to be a piece of netting that is used in thermal blankets to protect the spaceship from extreme temperatures and conditions like plunging through the Martian atmosphere at some 12,000 mph. Other remnants of thermal material were found elsewhere.

A key part of the rover's landing gear crashed nearby, and the ball of net looked strange and tangled because it was likely subject to strong forces. 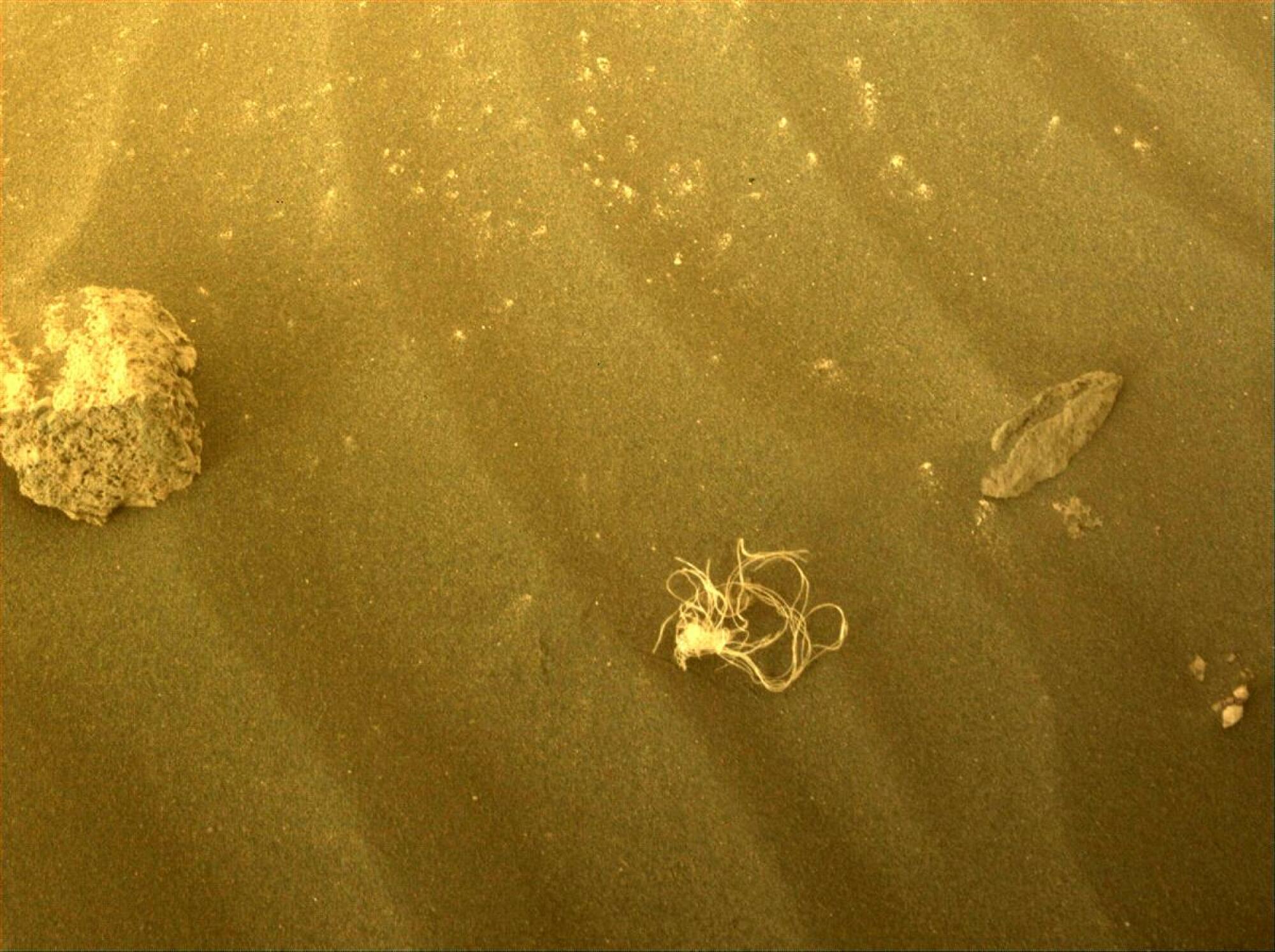 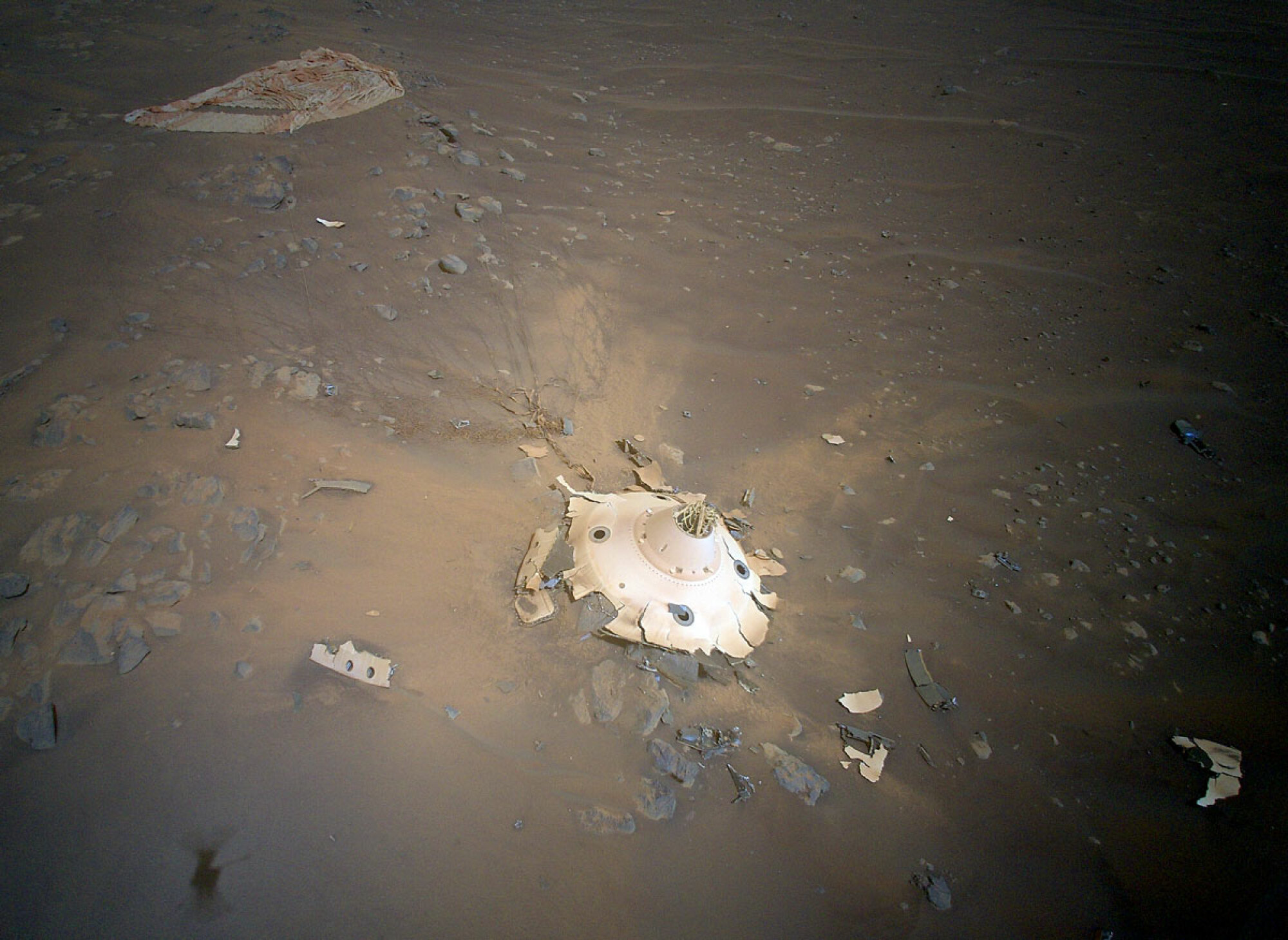 The crashed backshell from the Perseverance rover, which protected the robot as it traveled through space and the Martian atmosphere. Credit: NASA / JPL-Caltech

As it searches for evidence of past, primitive life on Mars, the car-sized rover will find wind-strewn debris.

NASA is watching to make sure the samples the rover collects are not contaminated. There are no immediate concerns identified by the teams at this time, but the teams are documenting the EDL.

When large swathes of Mars were blue, not red, the Jezero crater was once teemed with water.