21 Chinese warplanes, including more than a dozen fighter aircraft, flew through Taiwan's air defense zone on the day of Pelosi's visit

The J-16 is a fourth- generation fighter jet. The fighter has a 30mm cannon, 12 air-to-air missiles, rockets and satellite-guided bombs. A China-based military analyst told the South China Morning Post that the jet was designed for assaults on Taiwan. 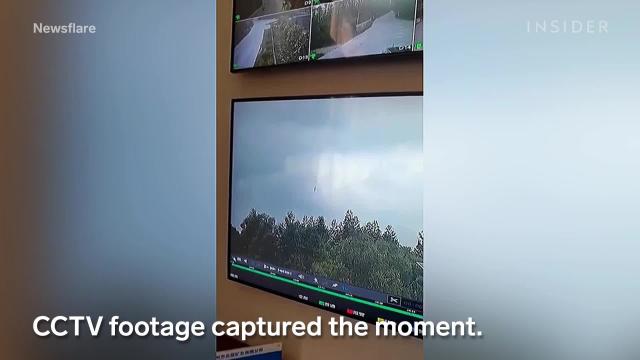 There were 132 people on the China Eastern Airlines passenger jet that crashed. There were videos of the crash.

According to flight path maps posted on the Ministry of Defense's website, the aircraft flew through the southwestern part of the ADIZ. Four J-16s flew along the Taiwan Strait on Monday. Taiwan's defense ministry said patrol aircraft were tasked to respond, radio warnings were issued, and air and missile defense systems monitored the situation.

On the same day Pelosi visited Taiwan, warplanes entered the ADIZ. She is the highest ranking US official to visit the island in 25 years.

The People's Liberation Army of China warned that it would not sit idly by if she visited the island.

The People's Liberation Army will hold military operations around the island in response to her arrival. The Chinese military will conduct live-fire drills in six areas surrounding Taiwan from August 4 to 7.

The drills, which began Tuesday night, will include air and maritime exercises, as well as the firing of missiles and long-range cannons, according to Chinese media.