The Remake of 'The Grudge' Looks Hardcore and Horrific

I'll never forget the first time I saw 2004's The Grudge, a remake of the 2002 Japanese horror Ju-On: The Grudge. I was 13 and at a sleepover with friends who suddenly and collectively decided it would be a good idea, time, and place to watch a deeply spooky film. The mid-2000s were, of course, a thriving landscape of J-horror remakes. ( The Ring still has a devoted, deserved following.) I...was not thrilled, having never before seen a full-on horror movie, and wouldn't you know it, The Grudge ruined my sleep schedule for years after I first watched that corny Sarah Michelle Gellar vehicle.

Anyway, there's nothing particularly kid-friendly about this new version of The Grudge, which reimagines the story via the guiding hand of producer Sam Raimi and the studio behind the underrated 2013 Evil Dead remake and the absolutely vile (but fairly fun) Don't Breathe. The Eyes of My Mother director Nicolas Pesce has recruited an all-star cast, including John Cho, Andrea Riseborough, and Lin Shaye for this R-rated reboot, which looks like it's not going to hold much back.

Not a bad first trailer. The tone and look feel suitably lo-fi-but I hope this film doesn't just spam us with jump scares and gross-out imagery, but also leans into the patented ridiculousness of the premise and has some fun with it. There's a hell of a team behind this movie, and a straight-up scarefest would be a waste of everyone involved. The film's January release date and immediate use of the R rating as a marketing angle are, frankly, worrisome signs, but I've been pleasantly surprised by most of the Raimi-produced horror made over the past decade, so let's hope for more of that with this one.

The Grudge will be fast-motion crawling into theaters on January 3, 2020. 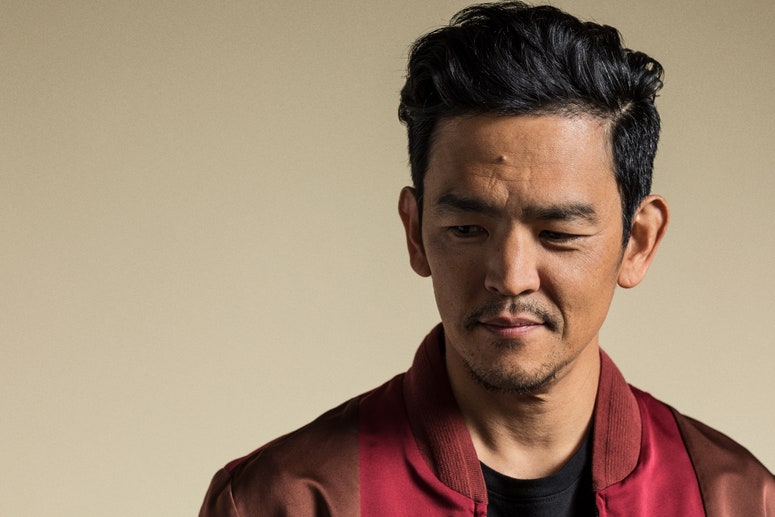 'The Grudge' Trailer: Watch It Here
'The Grudge' Reboot Takes Place During the American Remake and Original 'Ju-On'
Box Office: 'Charlie's Angels' And 'The Grudge' Must Prove 'Jumanji' Was Not A Fluke
Magda in 'There's Something About Mary' 'Memba Her?!
Megan Thee Stallion Is Writing a Horror Movie