Zion Williamson is widely expected to be the No. 1 pick of the 2019 NBA draft, but the team that owns that selection will finally get a chance to evaluate him for itself.

According to Shams Charania of Stadium and The Athletic, Williamson will meet with the New Orleans Pelicans this week while also visiting the city.

“What it’s doing to a franchise and a city like New Orleans, I don’t think it’s even measurable at this moment. There’s a groundswell of excitement, and it’s palpable. Several good things are starting to happen, and positive energy breeds positive energy. Now we have to go make it mean something. This is a lot of fun, but we have to build a winner now.”

The Pelicans won the first overall selection in the lottery despite having just a 6 percent chance to draft first.

Although New Orleans isn’t guaranteed to select Williamson on June 20, the team is already excited about the possibility of having the former Duke star on the roster. General manager David Griffin discussed the impact the lottery had on the organization in May, via Nathan Brownof the New Orleans Advocate.

Head coach Alvin Gentry shouted “F–k yeah” after learning the Pelicans had won the lottery, via Marc J. Spears of The Undefeated.

According to Adrian Wojnarowski of ESPN, the Pelicans are already considering Williamson part of the core alongside Jrue Holiday as the team tries to build a playoff contender through the Anthony Davis trade.

This could make the upcoming meeting a formality, but the Pelicans will still want to do their due diligence to make sure he is the right fit for the organization. If he isn’t, they could weigh a monster trade for the first overall pick. 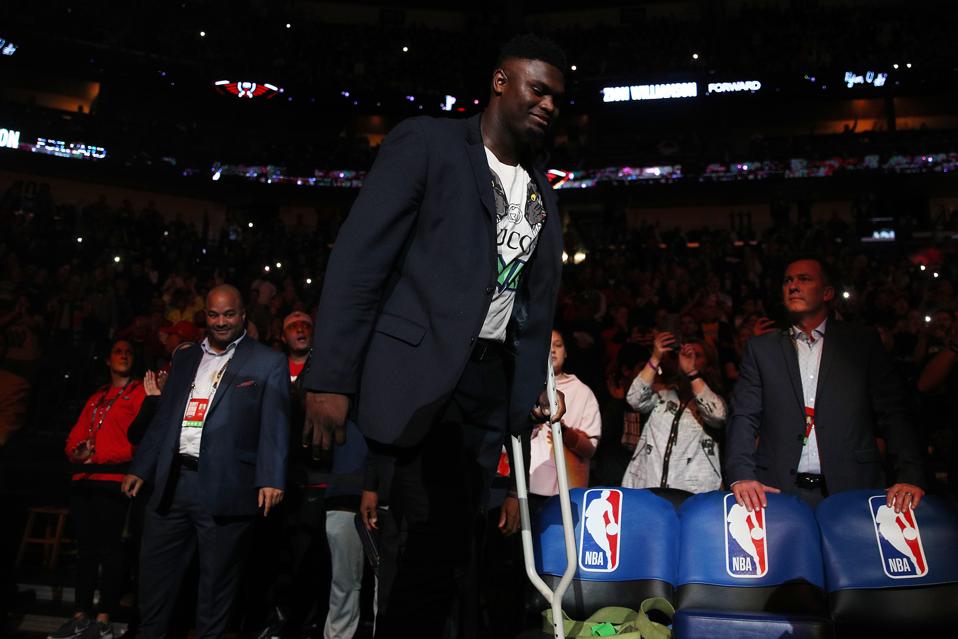