Following a week of controversy over YouTube’s decisions on hate speech, the platform’s CEO faced heated questions at a high-powered tech industry gathering. 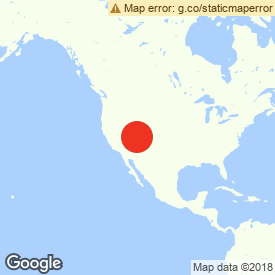 SCOTTSDALE, Arizona – YouTube CEO Susan Wojcicki stood by the company’s decision that Steven Crowder’s videos, in which he called Vox journalist Carlos Maza a “lispy queer,” had not violated its policies in a way that should have resulted in his removal from the platform.

“I agreed that was the right decision,” she said.

That decision kicked off a massive controversy for the company, and led to a huge public outcry, especially from many in the LGBT community.

“I know the decision we made was very hurtful for the LGBT community,” said Wojcicki, who was speaking onstage at Code, a high-powered tech industry conference in Scottsdale, Arizona. “That was not our intention and we are really sorry about that.”

The interview followed a week when YouTube, a division of Google, immersed itself in scandal and controversy. After Maza called the company out for failing to act on anti-gay and racist harassment from Steven Crowder and his followers, YouTube initially said Crowder’s videos did not violate its policies in a series of confusing tweets. Within a day, it somewhat reversed course and demonetized Crowder, while allowing him to remain on YouTube. In the midst of that controversy, it announced that it would ban videos that promote discrimination or segregation based on things like age, gender, race, caste, religion, sexual orientation, and veteran status.

But YouTube’s decision to leave Crowder’s videos online prompted heated blowback, especially from members of the LGBT community. Some LGBT YouTube creators said the company’s inaction mirrored their own experiences. In San Francisco, YouTube and Google’s backyard, activists sought to have Google removed from the city’s Pride parade.

Following Wojcicki’s apology, Axios’s Ina Fried asked the CEO, “Are you really sorry to the LGBTQ community, or are you just sorry they were offended?”

“I am truly, truly sorry for the hurt we caused that community. It was not our intention at all,” said Wojcicki, who went on to cite changes the company also made last week that banned several forms of hate speech. “Many of the changes we made in the hate policy we believe will be very beneficial to that community.”

YouTube is also facing increased scrutiny over its role in online radicalization. BuzzFeed News reported on a 14-year-old YouTube creator named Soph who among other things threatened Wojcicki’s life in a video, and in another admonished critics: “Kill yourself, faggot.”

In response to a question about the video, Wojcicki also defended the company’s decision not to remove Soph from the platform, pointing to the other satirical content in the girl’s videos.

“She has a large amount of political satire and political speech on her channel,” said Wojcicki, who initially stammered in response to Recode correspondent Peter Kafka’s question as to how she felt about having Soph on YouTube. “The video where she made the threat to me was struck [from the site] and we removed the monetization.”

On Saturday, the New York Times’ Kevin Roose charted how a 21-year-old man became politically radicalized after watching YouTube videos. Asked by Roose and Kafka if YouTube was having a radicalizing effect on politics, Wojcicki replied that “our view is we’re providing a diverse set of content to our users.”