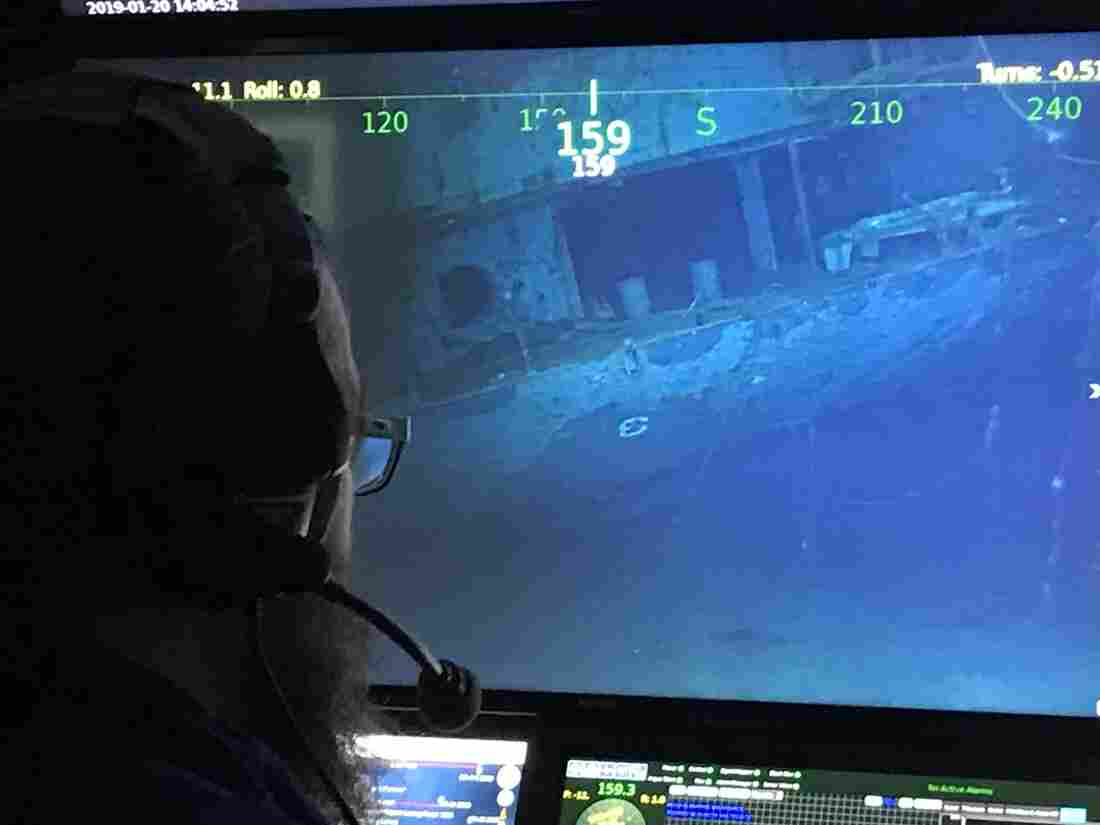 More than 75 years after the aircraft carrier USS Hornet sank in a World War II battle, researchers have uncovered its wreckage three miles under the South Pacific Ocean.

The Hornet played a role in several key events in the war – including the Doolittle Raid on Japan, and the pivotal Battle of Midway.

Since it sunk, its resting place has been a mystery. An expedition crew, funded by Microsoft co-founder Paul Allen, has been searching for “historically significant shipwrecks” using the Research Vessel Petrel.

“We had Hornet on our list of WWII warships that we wanted to locate because of its place in history as an aircraft carrier that saw many pivotal moments in naval battles,” Robert Kraft, director of subsea operations for Allen’s company Vulcan, said in a statement.

The team used data from national and naval archives, along with a dive from an autonomous underwater vehicle, to find the doomed ship. They located it in the ocean around the Solomon Islands in late January 2019.

Photos released by the research team show an anti-aircraft gun and other weapons in the wreckage deep under the ocean. 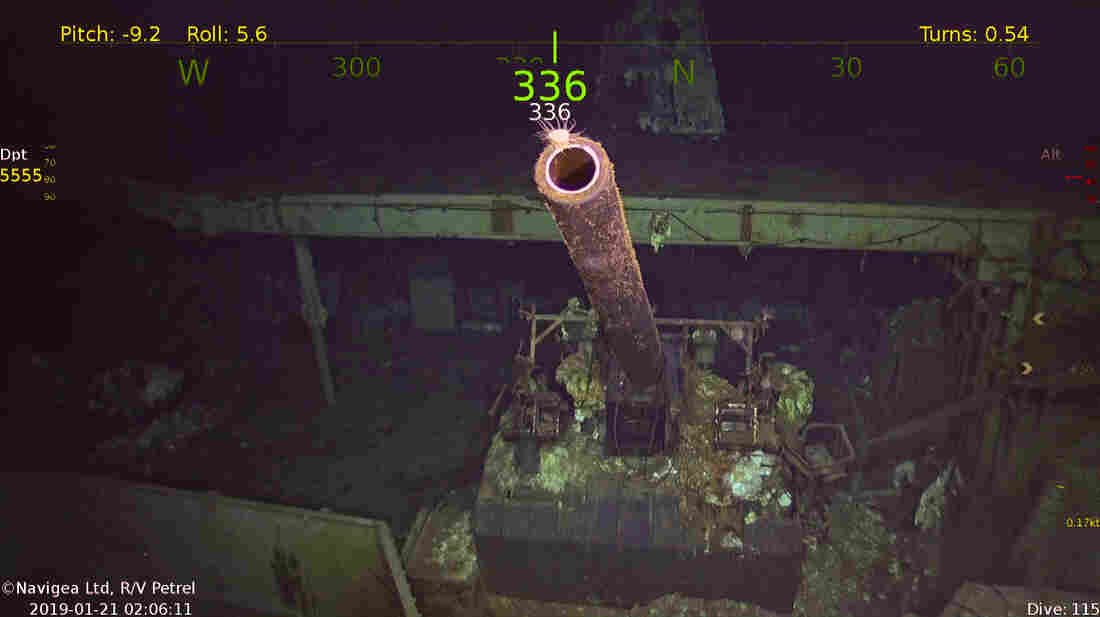 The Hornet was sunk by Japanese forces at the Battle of Santa Cruz Island in October 1942. Japanese bombers and torpedo planes heavily damaged the ship, eventually causing its crew to abandon it.

“When they left, we were dead in the water,” Richard Nowatzki, who was a gunner on the ship and survived the battle, told CBS News. “They used armor piercing bombs, now when they come down, you hear ’em going through the decks … plink, plink, plink, plink … and then when they explode the whole ship shakes.”

Two Japanese destroyers eventually launched an additional torpedo attack, sinking the Hornet. It was in commissioned service for just over a year, according to a Navy history.

“With the loss of Hornet and serious damage to Enterprise, the Battle of Santa Cruz was a Japanese victory, but at an extremely high cost,” Rear Admiral (Ret.) Samuel Cox, director of Naval History and Heritage Command, said in a statement. “About half the Japanese aircraft engaged were shot down by greatly improved U.S. Navy anti-aircraft defenses. As a result, the Japanese carriers did not engage again in battle for almost another two years.”

Most famously, during the Doolittle Raid in April 1942, 16 B-25 planes took off from the ship and bombed targets in Japan, including Tokyo. The heavily laden bombers – which were not designed to land on an aircraft carrier – were forced to try to land in China or the Soviet Union. 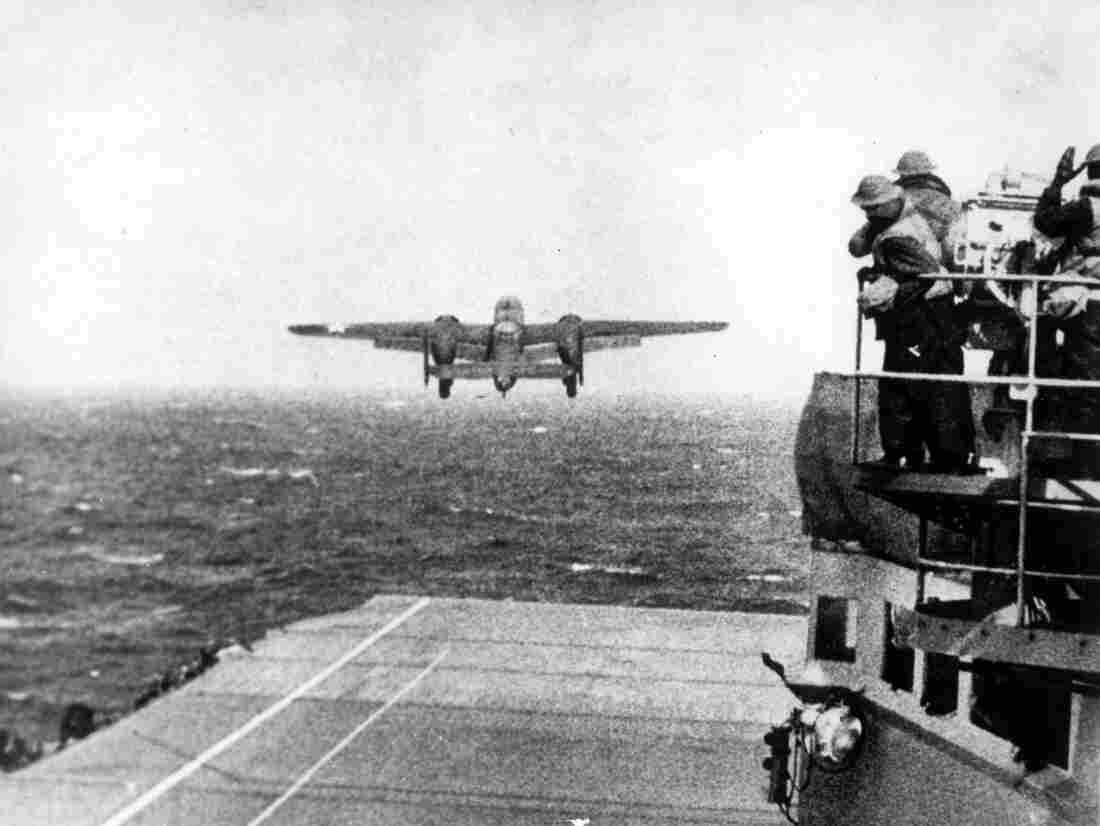 “While the material damage inflicted by Doolittle’s raiders proved small,” the Navy said, “the effect of the air raid on the Japanese capital itself proved enormous.” The researchers added that “this was the first air-operation to strike Japan and proved an important American morale boost since the devastating Pearl Harbor attack.”

The ship also fought in the Battle of Midway, where U.S. carriers sunk four Japanese aircraft carriers. Many naval historians view Midway as the turning point in the war in the Pacific. The Hornet received four battle stars for its service in the war.