The conservative justices seem prepared to decide Janus v. American Federation of State, County, and Municipal Employees, a.case that could harm public sector unions, without so much as a factual record.

There’s none of that in Janus. 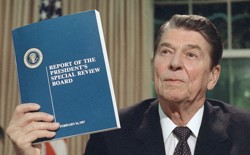 Until 2010, all sides had regarded Abood as settled law. Then, in a public-employee union case that did not present the issue, Justice Alito, writing the majority opinion, announced that Abood was entirely wrong and should be overturned.

In 2013, a group of home-health workers brought a case called Harris v. Quinn challenging the agency fees. Defeat for public employee unions was avoided, however, when the majority decided that home-health workers couldn’t be covered by union contracts at all. Abood survived.

Then the powerful anti-union advocacy network brought a case called Friedrichs v. California Teachers Association, challenging “agency fees” in teachers’ unions. They filed that case in district court, then immediately asked the court to dismiss their own case, so they could appeal it without a trial and thus get it before the seemingly receptive Supreme Court without delay. The union told the court, “The Unions have not moved for judgment on the pleadings, as they would prefer to ground the judgment in a factual record.” But the court decided not to assemble that record; it granted the challengers’ motion to lose without a trial.

That case reached the Supreme Court in the fall of 2015. After argument on November 1, the anti-union forces seemed to be on the verge of victory. Then, in February 2016, Justice Antonin Scalia died unexpectedly. Without his deciding vote, the court was tied and affirmed the Ninth Circuit, 4-4. Abood, improbably, still lived.