Czech car maker Skoda is gearing up to launch the newest iteration of its flagship sedan, the Octavia. While the current Octavia received its first update in 2017, four years after its 2013 launch, the 2020 Octavia will be unveiled at the Frankfurt Auto show in September 2019.

Though the car’s profile has not been revealed, its spy shots and rendered images indicate that it will be based on Volkswagen’s MQB platform, which accentuates its sedan features. The international-spec Octavia is also available as a station wagon, but its introduction in India is unlikely.

The design seems to take the Octavia closer to the Scala and Kamiq. It gets a wider front grille, with headlights blending into it. The headlights, along with other lights on the car are full LED units, with the Octavia receiving a Matrix LED headlamp like its smaller sibling, the Superb. The rear also seems to get the Skoda insignia across the tailgate, in place of the Skoda logo badge.

The interiors are also expected to be upgraded, with better upholstery and material than its predecessor. The dashboard is expected to be upgraded with voice control and a heads-up display, among others. It could also get an updated virtual cockpit, which is available in the top-spec of the current-gen Octavia.

Skoda is expected to launch the Octavia in India with a 48V mild-hybrid engine, coupled with a 1.5-litre TSI petrol motor. It is expected to hit the Indian streets in the first quarter of 2020 and will be pitted against Honda Civic and Hyundai Elantra, among others. The car should be priced above the current-gen Octavia which has a price range of Rs. 15 lakh to Rs 27 lakh (Ex-showroom). 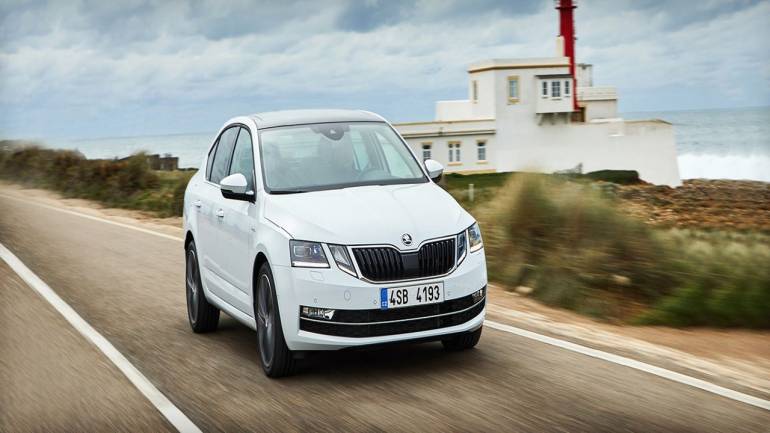