As protests over the murder of George Floyd continue across the country-and as protesters face ever-increasing crackdowns and violent responses from police-people are looking for more ways to show solidarity and support. The bail fund in Minneapolis, where protests first began after Floyd’s murder, raised a staggering $20 million from all over the country.

“Blackout Tuesday” was originally conceived as a music industry protest, according to Rolling Stone, and Jamila Thomas and Brianna Agyemang of Atlantic Records meant it to be a call for the industry to “not conduct business as usual.” In a statement, Thomas wrote, “Your black executives, artists, managers, staff, colleagues are drained, traumatized, hurt, scared, and angry,” adding, “I don’t want to sit on your Zoom calls talking about the black artists who are making you so much money, if you fail to address what’s happening to black people right now.” In a separate statement, the pair wrote that “the show can’t just go on, as our people are being hunted and killed.”

Like so much on social media, it spread and evolved, with many people seeming to imagine it as a day of silent protest online. But many activists and artists are questioning whether that’s an effective, or even wise, approach. Singer Kehlani tweeted, “we keep eachother tappin in via social media. getting off it for a day… anything could go down wit no ability to warn eachother/help eachother.. i don’t know man.”

Rapper Lil Nas X also came out against the idea, tweeting, “i know y’all mean well but… bro saying stop posting for a day is the worst idea ever” adding that “it’s information that needs to be spread! the movement needs to be pushed forward! not silenced for a day.” Writer and activist Blair Imani wrote, “Why would a movement that directly benefits from social media and vitality receive any help at all from everyone posting a black tile online and logging out for the day? HMM????”

Raquel Willis, a writer, activist, and organizer with the Transgender Law Center, offered advice for anyone who wanted to participate in #BlackoutTuesday without making things risky for protesters: “Be strategic about #BlackOutTuesday. Don’t use #BLM or #BlackLivesMatter with it. It suppresses vital information. Still post about what Black people are experiencing. Post what’s happening at protests + get involved with them. Educate + share resources about white supremacy.” 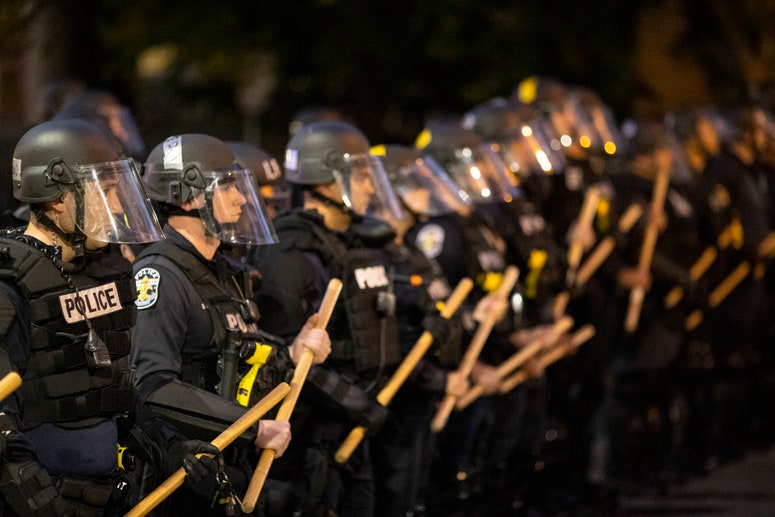