Reading the new book Border Wars: Inside Trump’s Assault on Immigration by New York Times journalists Julie Hirschfeld Davis and Michael D. Shear is an excellent way to understand recent U.S. immigration policy. While the book’s revelations about Donald Trump advocating for alligator-filled moats have received the most attention, there is much more to learn about immigration from Davis, Shear and their well-researched book.

Trump’s Border Concerns Seem Focused on Not Looking Bad: Critics sometimes say Trump “hates” immigrants and asylum seekers. But reading Border Wars leaves the impression one can characterize Trump’s choices in dealing with Central Americans as more amoral, rather than motivated by hatred. He cared about the higher numbers at the border making him look bad.

In March 2019, after watching a segment of Lou Dobbs and seeing Central Americans continue to arrive at the U.S. border in large numbers, Trump called a meeting. “The president was as furious and unhinged as his inner circle had ever seen him,” write Davis and Shear. “Trump ranted and raved about the skyrocketing border crossing numbers. ‘You are making me look like a f-ing idiot,’ Trump told the senior officials. I ran on this – it’s MY issue. How could the numbers be so high?” (Not long after this meeting, Kirstjen Nielsen resigned as Homeland Security secretary and even more restrictive policies emerged.)

On the Other Hand, Trump Really Doesn’t Seem to Want Immigrants and Refugees from Africa and Haiti Coming to America: Anyone surprised at seeing a U.S. president promise a mostly white audience, as Donald Trump did at an October 10, 2019, rally in Minneapolis, that he would keep African refugees, specifically Somalis, from settling in their community did not read Border Wars. “[Trump] raged at acting [Homeland Security Secretary Elaine] Duke during a briefing at his Bedminster golf club . . . asking why he could not ban refugees from ‘f-ing Somalia,'” according to the book.

At an Oval Office meeting with Senators Lindsey Graham and Richard Durbin, Trump said he wanted to exclude Haitians and Africans from any immigration compromise. “Wait a minute – why do we want people from Haiti here?” he demanded. When Graham moved on to discuss how the proposal “would preserve diversity from places like Africa,” Trump replied, “Why would we want all these people from shithole countries?” Graham was stunned “into silence.”

Public Charge Rule was an “Obsession” for Stephen Miller: The story of Trump’s immigration policy could not be told without discussing senior policy adviser Stephen Miller. Davis and Shear had good access to Miller and those who attended meetings with him. “Another target was an old but ill-defined standard that said the country did not have to admit anyone who is likely to become dependent on the government for survival,” write Davis and Shear. “That one would ultimately become an obsession for Miller.”

Miller Has Worked to Get Refugee Admissions as Close to Zero as Possible: Border Wars details Stephen Miller’s successful effort to reduce refugee admissions. The Trump administration has announced a historically low annual refugee admission ceiling of 18,000 for FY 2020, a reduction of 84% from the 110,000-limit set during the last year of the Obama administration.

The book shows how during the first year, Miller was able to “only” reduce the annual level down to 45,000 for FY 2018. Learning from his mistakes, Miller pushed out career people who presented countervailing information and worked the system to get the number down to 30,000 for FY 2019. The lesson is clear: when it comes to administration in-fighting, it is difficult to overcome a determined individual who can claim the backing of the president.

Miller became incensed when decisions to reduce refugee numbers and eliminate Temporary Protected Status for hundreds of thousands of people became muddled with factual information from elsewhere in the administration that showed Miller’s case to be weak. A Health and Human Services (HHS) report found, “The net economic impact of resettling refugees in the United States over a decade was overwhelmingly positive. . . . In other words, the argument that Miller had been repeatedly making about the soaring costs of resettling refugees in the United States was invalid.” Davis and Shear write, “He intervened and the HHS report was shelved.”

Davis and Shear show Miller’s insistence on claiming refugees represent a major terrorist threat to America is an example of how facts were superfluous in the drive to reduce refugee admissions. A representative of the National Counterterrorism Center related an interagency report that concluded “there were essentially no known instances of terrorists having infiltrated refugee flows since the September 11, 2001, attacks.” A Jeff Sessions person from the Justice Department objected.

Miller became angry at a former Capitol Hill ally, Jennifer Arangio, a Trump supporter who worked at the National Security Council, who said, “Yeah, I did used to think that the refugee program was vulnerable to terrorist infiltration. But then I got here and made it my business to learn the facts about the program, and now I know that refugees are the most vetted category of any immigrant. You’d be crazy to come if you were a terrorist. This is the last way you would try to get into this country.”

Miller Appears to Have Misled Trump and White House Staff About How the RAISE Act Would Significantly Reduce Legal Immigration: Immigration observers have speculated on the oddity of Donald Trump’s rushed press conference in August 2017 endorsing Sen. Tom Cotton’s RAISE Act – which would reduce legal immigration by 50%. While Davis and Shear don’t say this explicitly, the facts they present make it look like Stephen Miller misled Trump and others in the White House as to what the bill did.

“Minutes before the president’s speech, an immigration advocate who had been visiting the West Wing told Trump’s advisers that the president, who had in the past said that he did not want to cut legal immigration, was being deeply inconsistent in endorsing legislation that would slash it by nearly half over a decade,” write Davis and Shear. “No, Trump’s aides answered. That can’t be right. They had just come from a briefing with the president where Trump had asked this exact question, and Miller assured him in front of everyone in the room that the RAISE Act did not cut legal immigration.”

Miller’s sleight-of-hand seems to have worked. “Not long after Trump endorsed the bill, Miller appeared in the White House briefing room to tell the press that the legislation would make ‘a major, historic change to U.S. immigration policy’ that would, in fact, ‘cut net migration in half.” Davis and Shear conclude the chapter by writing, “Trump had just called for a massive cut to legal immigration, and some of his top advisers didn’t even seem to know it. Trump would later claim that he had always opposed the idea.”

Miller later used Trump’s support for the RAISE Act by proposing similar measures to prevent a compromise on legal status for Dreamers from becoming law. Miller and others who follow immigration knew legislative proposals to eliminate family immigration categories would be a “poison pill” for Democrats.

Donald Trump and the Myth of the “Good Tsar”: Russian peasants used to believe in the myth of the “Good Tsar,” a leader with a wise and noble heart who could only be led astray by bad advisers. Similarly, it is convenient for those uncomfortable with Donald Trump’s immigration policies to blame Stephen Miller. However, Border Wars makes it clear that would be a mistake.

Davis and Shear show there are instances where Miller appears to have misled Trump and others in the White House, such as with the RAISE Act actually reducing legal immigration. “I disagreed with that aspect of it,” Trump told Davis and Shear. And while Trump supported the “public charge” rule as the concept was presented to him, is there any evidence Miller or others told him it might significantly reduce the number of immigrants who could enter the United States?

If Stephen Miller was not Trump’s adviser, would Trump mind if the FY 2020 level of refugee admissions was, for example, 60,000 a year rather than 18,000 a year? If not for Stephen Miller, is it possible that Trump would have reached a deal with Democrats on funding his border wall in exchange for legalization for Dreamers? These questions are difficult to answer. 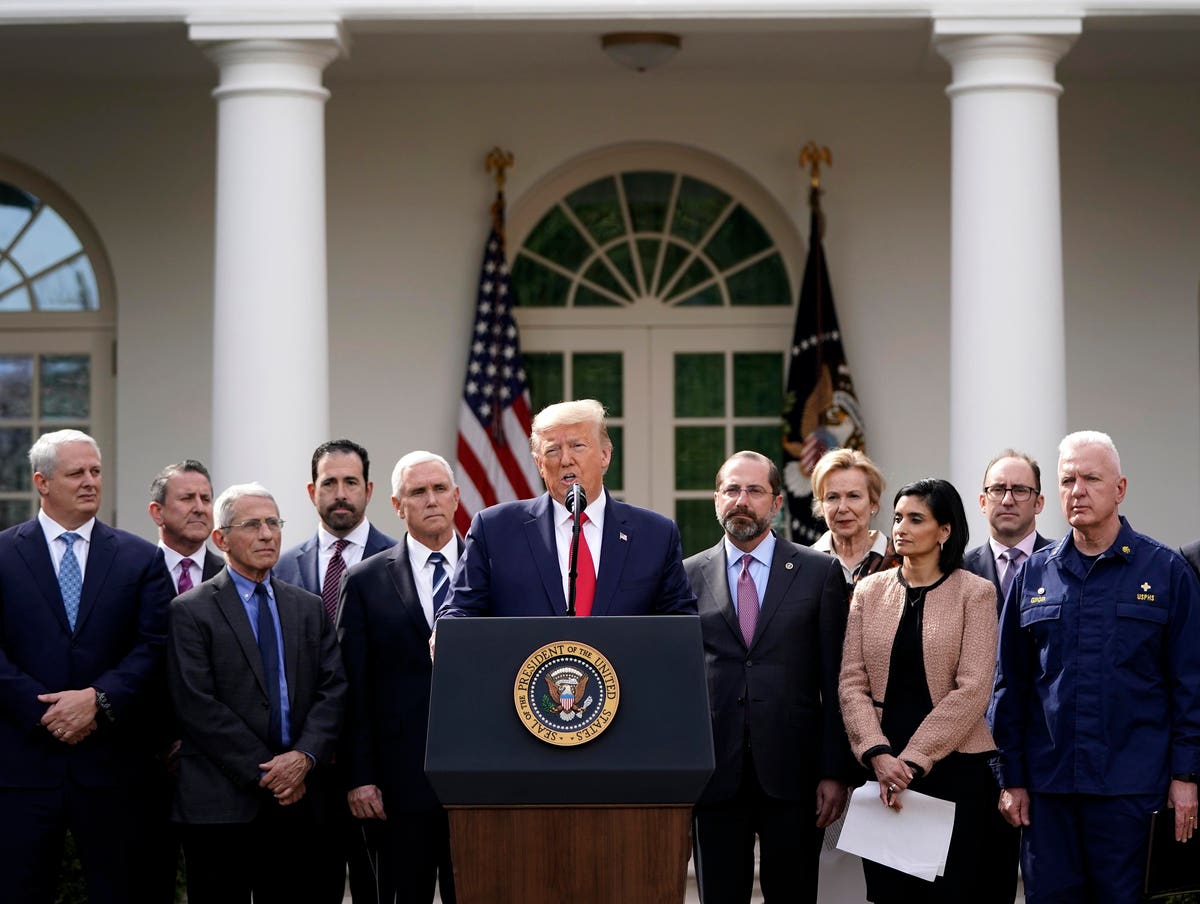 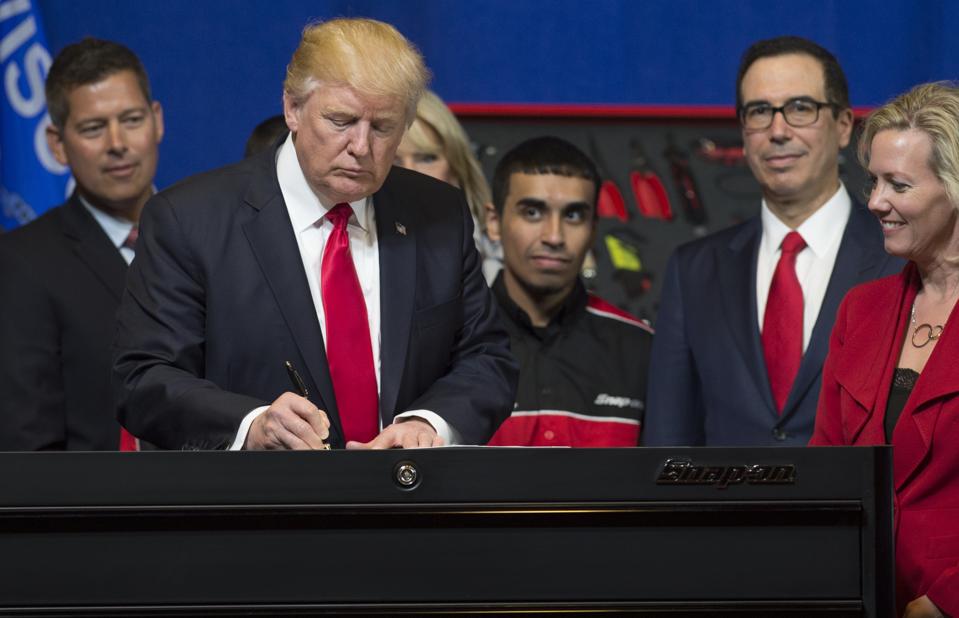 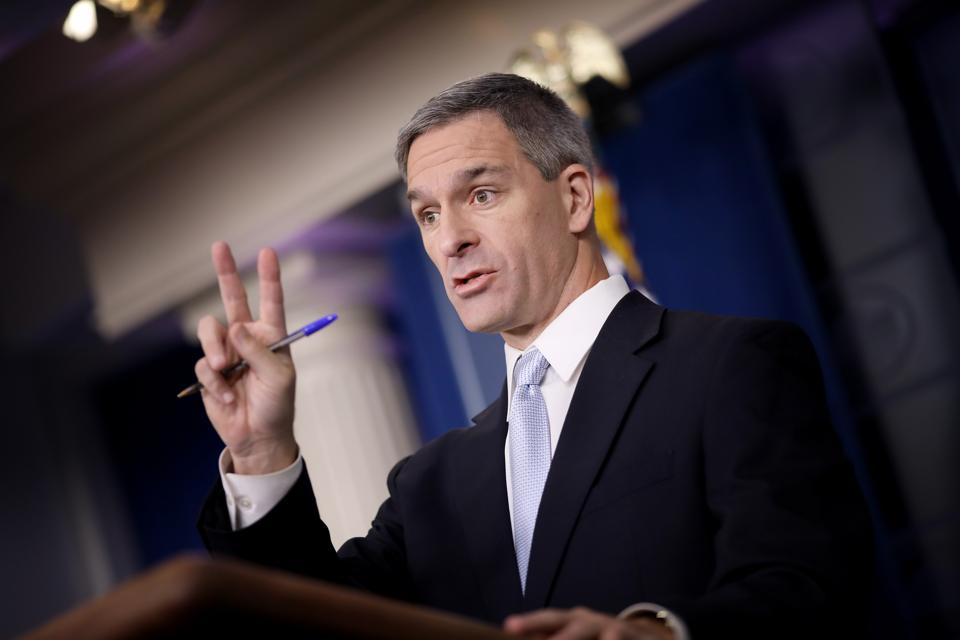