WASHINGTON – The magic of Verify starts with our viewers. We fact-check your questions about the viral things you read on social media.

After a recent segment, verifying that taxpayers do indeed, foot the bill for the president to travel to his own campaign rallies, lots of viewers messaged the team saying: “So what? President Trump has never taken a salary in office.”

For the past two years, Trump has donated his salary to government agencies, during a televised press briefing with Press Secretary Sarah Huckabee Sanders.

After taxes, each agency took home a check for $78,333 dollars and some change: 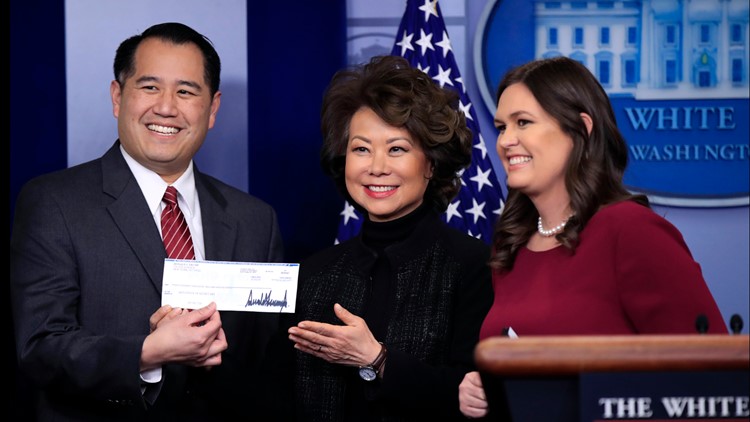 Trump has not yet announced where his last paycheck of 2018 will go.

He is not the first president to donate some or all of his salary to charity.

Our researchers analyzed Obama’s tax returns and from 2008-2015, Obama donated more than $1.2 million to charity.