That Donald Trump rally inside Tulsa’s BOK Center on June 20 has now resulted in precisely what the president and his re-election campaign were repeatedly warned about, according to Tulsa County’s top health official: a coronavirus spike in the city.

Per the Associated Press, Tulsa City-County Health Department Director Dr. Bruce Dart said on Wednesday the county has seen almost 500 new cases of the virus in the past two days-261 on Monday and 206 on Tuesday-which falls a little over two weeks after Trump’s Juneteenth weekend rally in the city. Statewide, Oklahoma set a record for new cases at 858 on Tuesday and a second-place record of 673 new cases on Wednesday. Tulsa County accounts for around 4,571 (25.5 percent) of the state’s 17,893 confirmed cases.

The average incubation time of the virus is between two to 14 days with a median time of 4-5 days between exposure and the start of symptoms. The U.S. tends to test only after individuals have become ill enough to seek treatment, meaning that it can take additional time to detect new clusters.

Dart told reporters on Wednesday that while the agency’s policy was not to comment on the specific individual settings where someone contracted the virus, it was pretty clear that “significant events” “more than likely” contributed to the ongoing surge.

“In the past few days, we’ve seen almost 500 new cases, and we had several large events just over two weeks ago, so I guess we just connect the dots,” Dart told the AP.

Dart foresaw the obvious possibility of this outcome, warning that cases in the region were creeping up and recommending campaign delay it to prevent a potential “super-spreader” event. Team Trump did, too: It had attendees sign possibly unenforceable waivers in which they signed away their rights to sue the campaign if they contracted the virus.

“We’re in the middle of a pandemic,” Dart told reporters on June 17. “Coming together is a definite possibility of seeing increased infections and increased deaths from those infections… So many people are over Covid, but Covid is not over. Please stay the course.”

Trump campaign spokesperson Tim Murtaugh lied that it was actually protesters at fault to: “There were literally no health precautions to speak of as thousands looted, rioted, and protested in the streets… All attendees had their temperature checked, everyone was provided a mask, and there was plenty of hand sanitizer.”

Over 1,000 people did march outside the day before the rally in a joint Juneteenth celebration and protest (that, according to the New York Times, was going to be canceled until Trump’s rally announcement inspired defiance). But there’s been scant evidence outdoor protests, such as nationwide marches against the police killing of Minneapolis man George Floyd and rampant police racism and brutality that began in late May, have resulted in any spikes in cases. That’s probably because they were held outside, where the risk of coronavirus transmission is far lower.

On the day of the rally, the Times reported, “there were few protests in the area and no sizable effort to block entrances,” with the Tulsa World estimating demonstrators were merely in the hundreds compared to just shy of 6,200 Trump supporters who entered BOK Center. Nor does there appear to have been any major protests in Tulsa since or immediately before Trump spoke in Tulsa: a search of the Tulsa World website turns up reports of a small, 100-person protest on June 16 and an interfaith vigil with “dozens” of attendees on June 14, with the biggest being a 1,000-person protest on June 11, over a week before the rally. There was another rally on June 27, but photos show it was small and spread out.

The Trump rally involved over 6,000 attendees, was indoors, and reporters noticed that the vast majority of attendees predictably did not wear masks. The Washington Post reported that the Trump campaign directed the removal of thousands of social distancing stickers on seats inside to create the appearance of a larger crowd. Meanwhile, a reporter present at the rally and two Trump campaign staffers who attended tested positive for the virus afterwards, while four members of a Trump advance team and two Secret Service tested positive right before and did not attend. Other attendees including Kimberly Guilfoyle and Herman Cain also tested positive following the rally.

According to Bloomberg, cell phone location data shows that most of the attendees were not from Tulsa but instead came from at least 44 counties in 12 states, 33 of which were experiencing rising cases of the virus. The U.S. surpassed three million confirmed cases of the virus on Wednesday.

“Our epidemiologists and contact tracers are inundated with following up with Tulsa County residents who are confirmed positive as the numbers have been extremely high in recent days,” the Tulsa Health Department’s Leanne Stephens . “Yesterday, we set a new single day case high and you can see on our website where the trends are moving.” 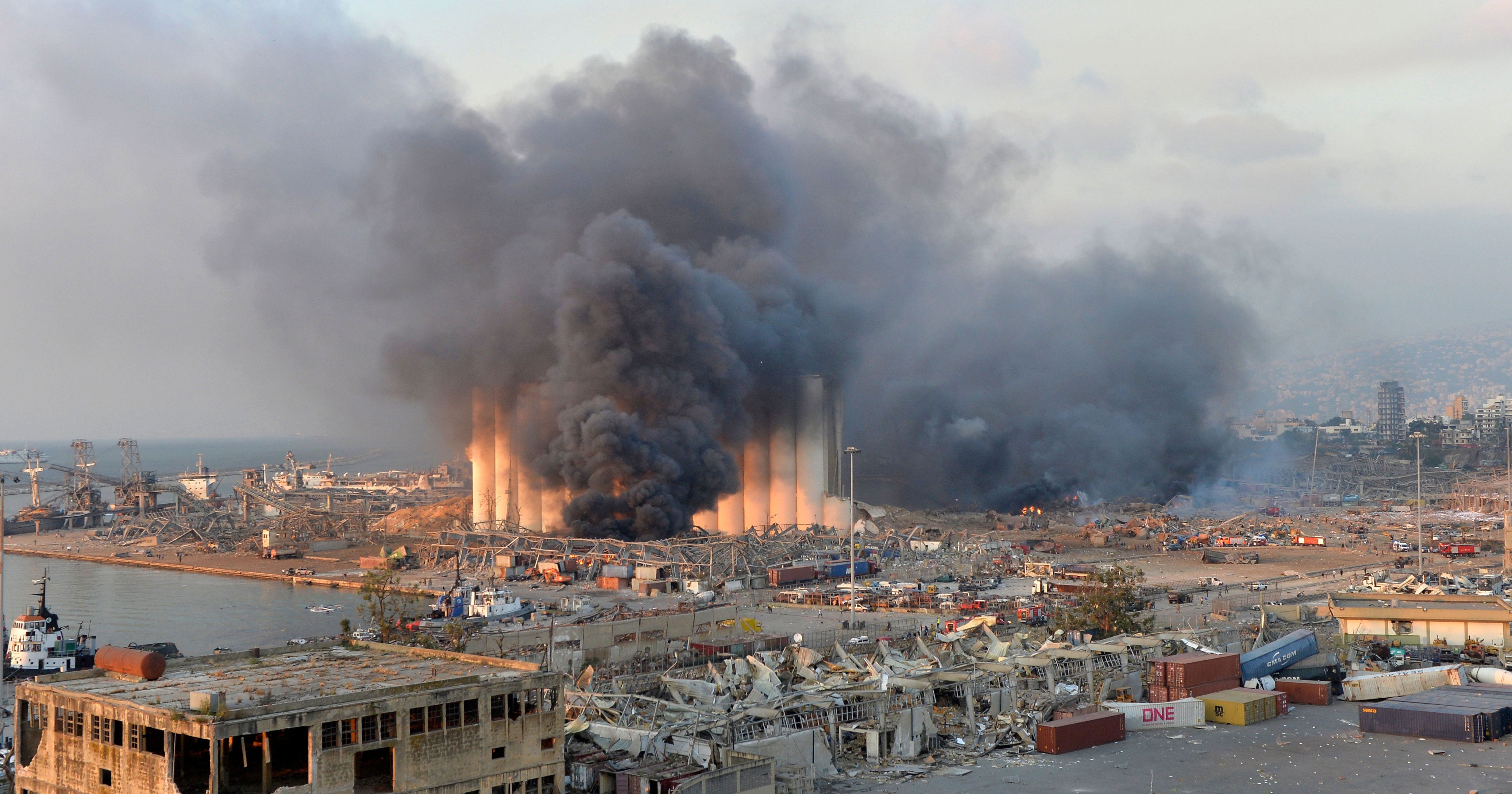 At Least 70 Dead After Massive Explosion In Beirut