As of Tuesday morning, Martin Gugino is still hospitalized. The week before, the 75-year-old man was speaking to local cops at an anti-police brutality protest in Buffalo, when two officers shoved him to the concrete with so much force that his head can be heard cracking against the pavement in a now-viral video of the incident. The footage shows several officers stepping over or walking past his unmoving body as he bled from the ears.

Gugino was eventually rushed to a hospital where he remains in serious yet stable condition according WGRZ. The two officers who knocked him down, Aaron Torgalski and Robert McCabe, have been charged with felony assault. More than 100 police and supporters protested the charges at Buffalo city hall on Saturday, and the head of the local police union claimed it was “totally unwarranted” to hold the officers accountable for their actions.

On Tuesday morning, Donald Trump joined the chorus of people trying to justify police assaulting a senior citizen. He tweeted, “Buffalo protester shoved by Police could be an ANTIFA provocateur. 75 year old Martin Gugino was pushed away after appearing to scan police communications in order to black out the equipment. @OANN I watched, he fell harder than was pushed. Was aiming scanner. Could be a set up?”

One America News is an online, far-right, conspiratorial news channel that Trump has promoted more and more as Fox News’s coverage has become mildly critical of the president. The segment Trump referenced relies on unfounded claims that Gugino was using secret antifa technology to scan officers’ badges and then somehow interfere with radio communication. The accusations are apparently based on nothing more than Gugino’s hand movements before Torgalski and McCabe assaulted him.

Trump and conservative pundits have been trying to blame protests and property damage on antifa, although police records and and FBI investigations undermine those claims. When the president announced he planned to label the group a terrorist organization, he compared antifa, short for “anti-fascism,” to MS-13, which is accurate only so far as Trump has wildly exaggerated the threat posed by both groups to fear-monger for support. According to Vox, it’s “a bit imprecise to describe ‘antifa’ as doing anything uniformly,” since “there’s no national umbrella leadership” and no formal membership.

For those same reasons, it’s relatively easy for Trump to accuse anyone he wants of being antifa. Despite the president casually accusing him of being a terrorist, according to the Washington Post Gugino is only known to be involved in two local organizations. One is focused on human rights and the other on affordable housing. 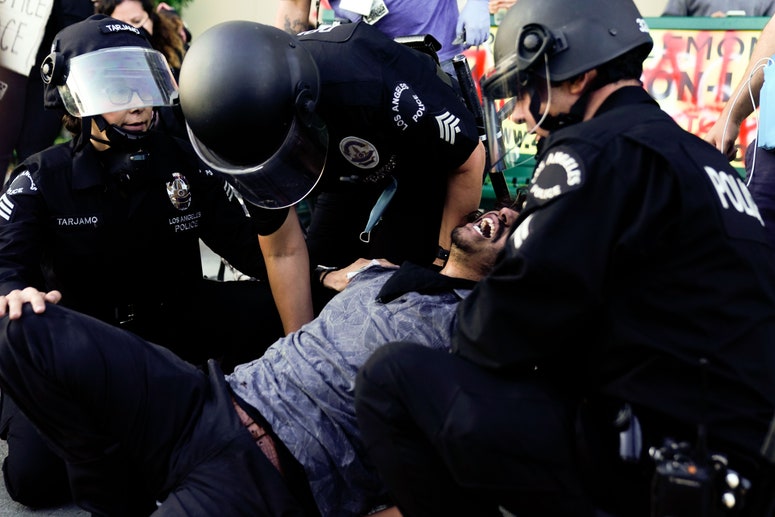