Fake meat discourse tends to center around burgers, with their seemingly impossible meat-like texture and pink centers. But patties aren’t the only shape available from the makers of uncanny meat-it also comes in tubes, complete with sausage-like casing.

Well, sometimes. Not all not dogs are created evenly remotely equal, and certain manufacturers do a much more convincing job than others. When choosing a fake sausage, the parameters are pretty much the same as choosing a real one, though the standards are slightly shifted. Texture, taste, and a snappy casing are key, and only one (out of six) of the offerings I tried came even close to approximating the real thing.

I have eaten a lot of veggie burgers in my day.

For the taste test, I grabbed two flavors (Italian and Classic Bratwurst) from three manufacturers: Beyond Meat, Tofurky, and Field Roast. Each one was cooked in a nonstick pan for seven minutes, until browned on each side. Both Beyond and Tofurky could go directly from package to pan, but the Field Roast sausages had an inedible plastic casing that had to be removed, which I found inconvenient.

All three retained their shape while cooking, though had to be treated with care, as they were a little more flaccid than your standard sausage. Texture-wise, only the Beyond sausage had a casing that offered any toothsome resistance, and it was slight. It also had a bouncy texture similar to that of real sausage, though the “meat” seemed a bit overground. The Tofurky and Field Roast specimens, however, were simply tubes of mush, with no skin to speak of. (I did not take pictures of them because the sight of them made me sad, to be frank!) I also appreciated that the Beyond sausage greased out like a real one, leaving behind a little pool of rendered fat.

The winner: Beyond Meat Sausages, both varieties, for their realistic, bouncy texture, slight snap, and realistic pool of grease.

When it came to flavor, the Beyond brand once again dominated. The other two tasted strongly of wheat gluten, and the seasonings of both the brats and Italian links were dialed way up to try to obscure it. The bratwurst-like Beyond sausage was very mild, almost bland, and while it didn’t remind me of a real brat, it didn’t taste like wheat gluten, soy, or any other commonly used meat substitute. It didn’t scream meat, but it didn’t not seem like meat either.

And then there was the spicy boi. Though it wasn’t quite as bouncy and fatty as a real sausage (obviously), the Hot Italian Beyond Sausage came almost disturbingly close. It had just enough to heat to excite but not obscure, and it was pleasantly salty with a good bit of meaty umami, solving its bratty sister’s blandness issue. In fact, I were inebriated at a BBQ, and someone handed me one of these no-meat tubes, I don’t think I would question the protein source, though I might complain the grind was a little fine.

The winner: Beyond Meat Hot Italian Sausage, for the lack of gluten flavor, excellent spice, and savory, meaty goodness.

Will they replace my favorite non-meat grilling option, which is cheese? Probably not, cheese isn’t vegan. In terms of vegan, BBQ-friendly foods, this spicy sausage is crazy close, especially when piled high with grilled onions.

Your Popcorn Needs All the Rosemary You’ve Got

Now Is the Time to Buy Your Favorite Condiments 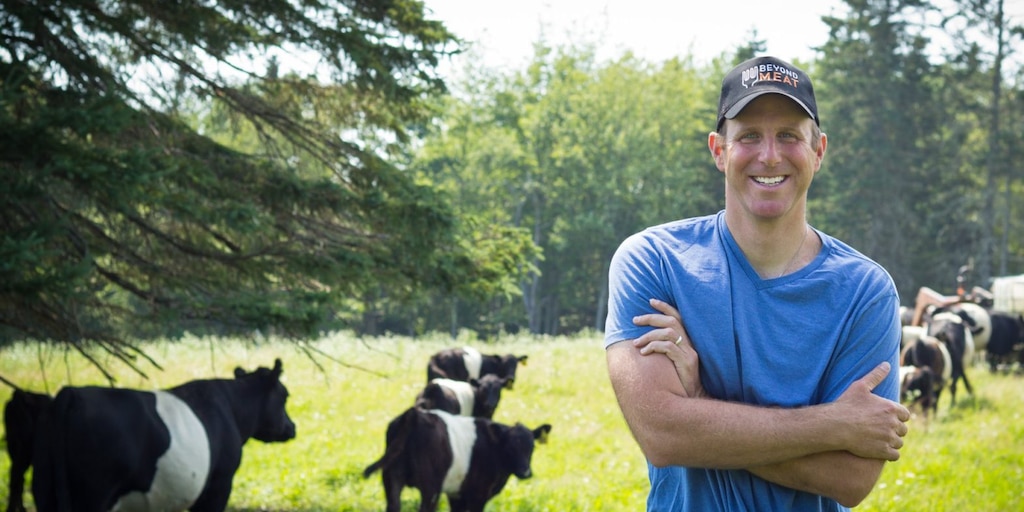 Beyond Meat’s CEO isn’t selling any of his shares anytime soon – and thinks the company could someday make $40 billion in revenue |...