Tesla competitor Nikola Corp. skyrocketed as much as 104% on Monday after setting a June 29 reservation date for its new electric truck, the Badger.

Trevor Milton, founder and chairman of Nikola, detailed in a tweet on Monday plans to debut its Badger truck and open up reservations to consumers. Nikola Corp. was founded in 2016 and is focused on building electric and fuel cell powered trucks, including a pick-up truck and an 18-wheeler.

The company said it has upward of $10 billion in potential revenue from pre-orders, and it expects to start generating revenue in 2021.

Read more: MORGAN STANLEY: The stock market is entering a new phase of a playbook that’s thrived in past recessions. Here’s how to tweak your portfolio to take advantage.

The company differs from Tesla in that its electric trucks run will run on hydrogen fuel cells. Instead of building out a network of electric vehicle chargers like Tesla, Nikola plans to build infrastructure to support a network of hydrogen fuel refill stations across the country.

One potential benefit of hydrogen fuel cells is a quick refuel time akin to filling up a gas tank with gasoline, rather than having to wait upward of an hour to get a decent charge from a high-powered electric-vehicle charging station.

Tesla joined Nikola in closing at all-time highs on Monday, with shares of Tesla up on optimism around its Chinese business. 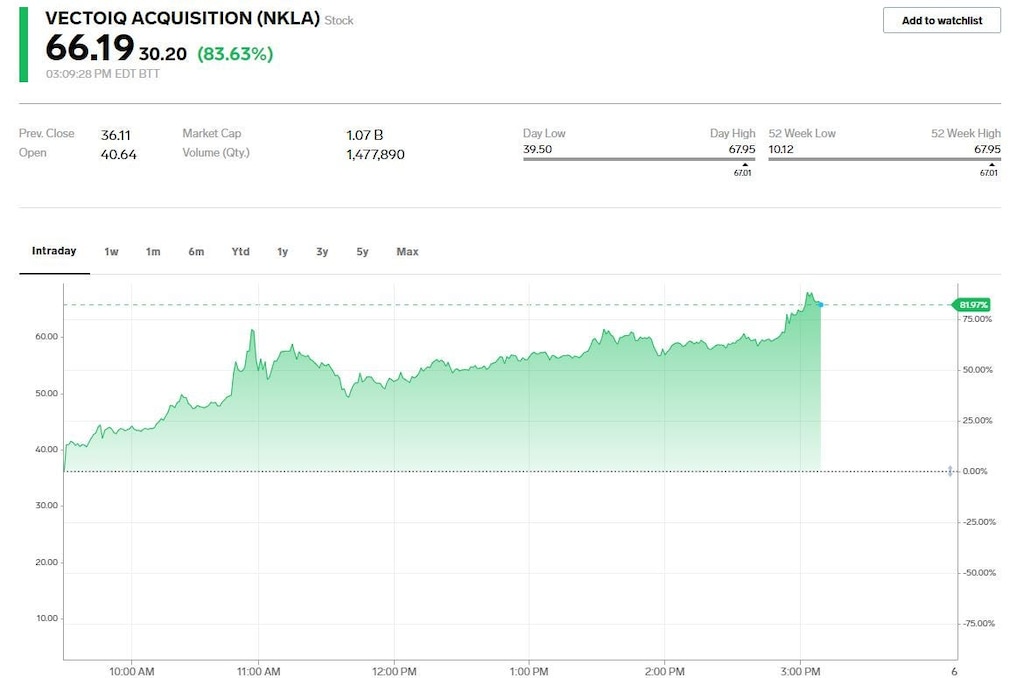 Gilead CEO says remdesivir will be available to patients this week: ‘We’ve donated the entire supply’