The Nifty 50 rebounded after a weak start on October 18 and remained strong throughout the rest of the session helped by news on government’s strategic divestment and buying in select key stocks like Reliance Industries, HDFC Group, PSU stocks, among others.

The index gained for the sixth consecutive session to end at a 3-month closing high and formed a bullish candle on the daily as well as weekly charts.

It started to form higher highs – higher lows from past five sessions and supports are gradually shifting higher.

As the Nifty appears to have registered a downsloping trendline breakout which is in progress from the highs of 12,103 registered on June 3 this year, there could be further upside in coming session if index decisively crosses 11,700 levels, experts feel.

“Index needs to get past 11,700 levels on a closing basis to march forward further with a target placed close to 11,800 levels. Meanwhile, a mild pause or correction can’t be ruled out in next couple of days as Nifty has almost seen a vertical upmove, for last 6 trading sessions from the lows of 11,090 levels, which dragged the momentum oscillators into overbought readings,” Mazhar Mohammad, Chief Strategist – Technical Research & Trading Advisory, Chartviewindia.in told Moneycontrol.

For time being, he advised traders to hold their long positions with a stop below 11,553 on a closing basis and should book profits close to 11,770 levels.

Options data suggested there was a further shift in the higher trading range for Nifty to 11,500 to 11,800 levels.

Bank Nifty opened flattish but witnessed buying interest towards 29,250 levels at later part of the session. The index closed 0.45 percent higher at 29,120.25 and formed a bullish candle on daily as well as weekly scale, as strong buying interest was seen at lower levels.

“It is forming higher highs – higher lows from past four sessions which indicates overall strength. Now it has to hold above 28,750 to witness momentum towards 29,500 then 30,000 levels while on the downside supports are seen at 28,500 then 28,250 levels,” Chandan Taparia, Associate Vice President | Analyst-Derivatives at Motilal Oswal Financial Services said.LIVE NOW… Video series on How to Double Your Monthly Income… where Rahul Shah, Ex-Swiss Investment Banker and one of India’s leading experts on wealth building, reveals his secret strategies for the first time ever. Register here to watch it for FREE. 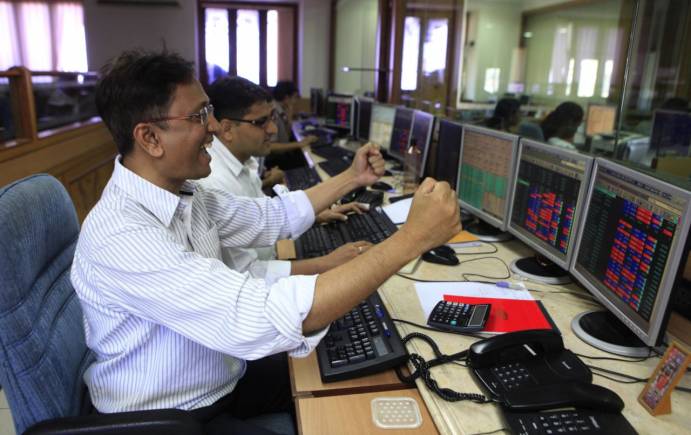