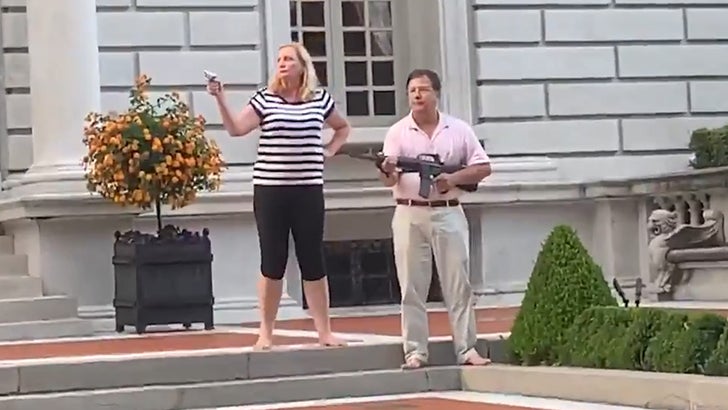 A married couple in an upscale area of St. Louis came out of their home strapped and pointing guns at protesters … while barefoot, mind you.

The surreal scene went down Sunday evening in the Central West End neighborhood, as a crowd was marching to the home of Mayor Lyda Krewson to demand her resignation for releasing names and addresses of citizens who want to defund the police. 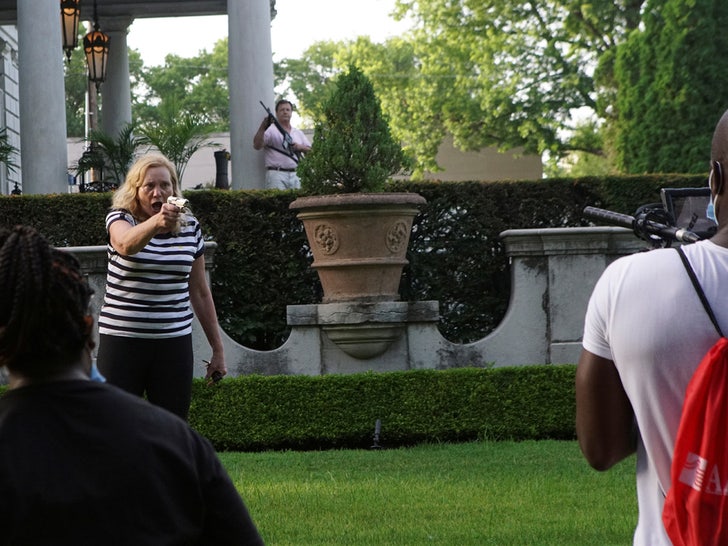 The couple, attorneys Mark and Patricia McCloskey, apparently felt threatened by the protesters and stepped outside brandishing firearms — Mark with a semi-automatic weapon and Patricia with a handgun. Seems it was a split-second decision because they didn’t even put on shoes.

In the video, at least, all the peaceful protesters remained on the sidewalk … not trespassing on the McCloskey’s property.

Fortunately … the act of intimidation from the barefoot Bonnie and Clyde only led to verbal spats with some of the reported 300 protestors.

One note of irony … Mark and Patricia are personal injury lawyers who have exclusively represented people “seriously injured or killed as the result of the negligence of others” for the past 3 decades.

Hundreds of Scientists Warn COVID-19 Is Airborne, And WHO Needs to Act