For the first time, Kardashian fans will get to see how the Jordyn Woods cheating scandal unfolded – from the inside.

In a sneak peek at Sunday’s episode of Keeping Up with the Kardashians, the first half of a two-part season finale, Kim, Khloé and Kourtney Kardashian are on a three-way phone call the morning after rumors started swirling that Woods, Kylie Jenner’s longtime best friend, hooked up with Tristan Thompson, the father of Khloé’s 14-month-old daughter True.

“My friend Larsa [Pippen] called me to explain that a reporter that she knows was about to write a story that Jordyn and Tristan were at his home, late night or until 7 in the morning,” explains Kim, 38. “They said they were like, making out and I immediately didn’t believe it. I was like, ‘This can’t be true.’ “

“She’s not giving me all the information,” she says. “She was like, ‘He was trying to kiss me’ and was like, ‘I can’t remember if we did or didn’t.’ “

Kim and Kourtney, 40, are shocked and immediately add Kylie to the conference call.

“So I spoke to Jordyn. She was in between his legs,” Khloé says. “She said, ‘I can’t remember if we kissed.’ I said, ‘If you are too nervous to tell me something, you can text me.’ And she said, ‘Okay, I’ll call you in five minutes.’ She hasn’t called me and that was like, 20 minutes ago.”

“It’s very weird,” admits Kylie, 21. “This is the first time I’m hearing she was sitting on his lap.”

And because Thompson, 28, happened to be on a plane while all of this was going down, Khloé wasn’t getting the answers she wanted.

“Jordyn is the only one that can give Khloé information and she has gone radio silent now,” Kim explains. “It just must be such a frustrating situation for Khloé to be in, not knowing what’s going on and just wanting answers.”

Reports of Woods and Thompson’s tryst first surfaced in February. On March 1, Woods shared her side of the story in a tell-all interview, claiming that Thompson kissed her at an afterparty at his house on Feb. 17 after a long night of drinking. Though she adamantly denied having sex with him, she admitted that the next day, while she told Khloé and Kylie that she had been at his house, she didn’t disclose what had happened between them.

In the wake of the scandal, Woods moved out of Kylie’s house and remains largely estranged from the family. A source recently told PEOPLE that the former best friends are now “friendly, but it seems they will never be as close again as they were.”

Speaking to Entertainment Tonight ahead of the episode airing, Woods said she hopes she’ll be portrayed “like myself, and the real me will shine.”

Woods added that she’s doing her best to move past the scandal, “staying busy, staying positive, and just working.”

The two-part season finale of Keeping Up with the Kardashians starts Sunday at 9 p.m. ET on E! 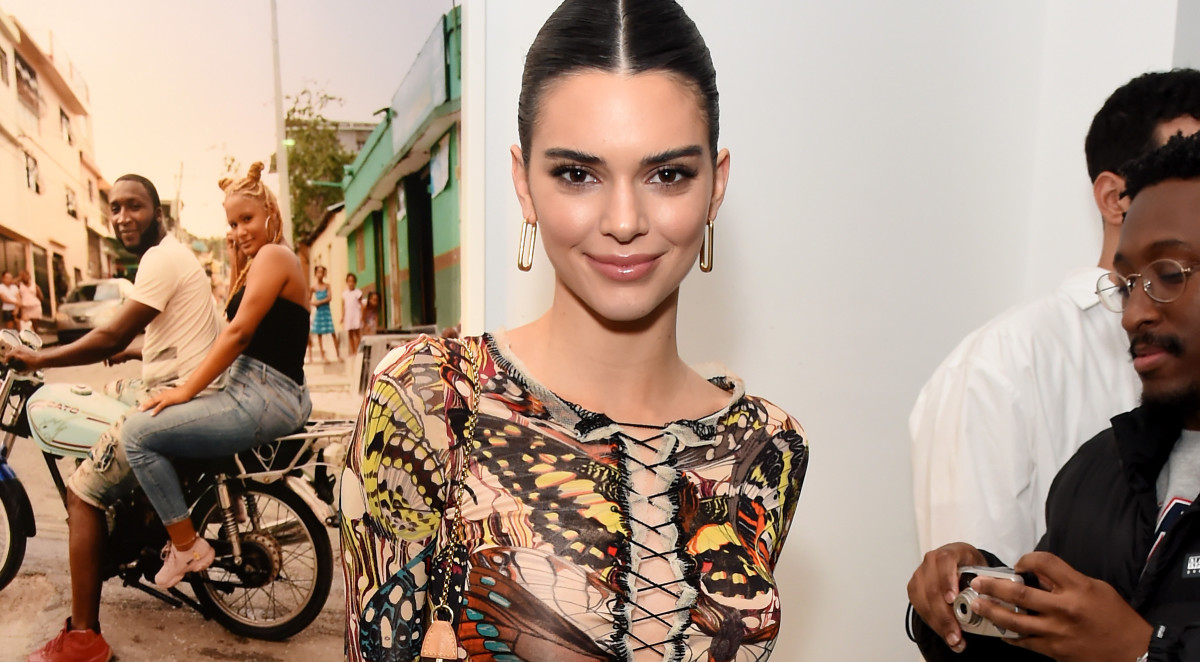