At the chemical level, diamonds are no more than carbon atoms aligned in a precise, three-dimensional (3D) crystal lattice. However, even a seemingly flawless diamond contains defects: spots in that lattice where a carbon atom is missing or has been replaced by something else. Some of these defects are highly desirable; they trap individual electrons that can absorb or emit light, causing the various colors found in diamond gemstones and, more importantly, creating a platform for diverse quantum technologies for advanced computing, secure communication and precision sensing.

Quantum technologies are based on units of quantum information known as “qubits.” The spin of electrons are prime candidates to serve as qubits; unlike binary computing systems where data takes the form of only 0s or 1s, electron spin can represent information as 0, 1, or both simultaneously in a quantum superposition. Qubits from diamonds are of particular interest to quantum scientists because their quantum-mechanical properties, including superposition, exist at room temperature, unlike many other potential quantum resources.

The practical challenge of collecting information from a single atom deep inside a crystal is a daunting one, however. Penn Engineers addressed this problem in a recent study in which they devised a way to pattern the surface of a diamond that makes it easier to collect light from the defects inside. Called a metalens, this surface structure contains nanoscale features that bend and focus the light emitted by the defects, despite being effectively flat.

The research was led by Lee Bassett, Assistant Professor in the Department of Electrical and Systems Engineering, graduate student Tzu-Yung Huang, and postdoctoral researcher Richard Grote from Bassett’s lab.

Additional Bassett Lab members David Hopper, Annemarie Exarhos and Garrett Kaighn contributed to the work, as did Gerald Lopez, director of Business Development at the Singh Center for Nanotechnology, and two members of Amsterdam’s Center for Nanophotonics, Sander Mann and Erik Garnett.

The study was published in Nature Communications.

The key to harnessing the potential power of quantum systems is being able to create or find structures that allow electron spin to be reliably manipulated and measured, a difficult task considering the fragility of quantum states.

Bassett’s lab approaches this challenge from a number of directions. Recently, the lab developed a quantum platform based on a two-dimensional (2D) material called hexagonal boron nitride which, due to its extremely thin dimensions, allows for easier access to electron spins. In the current study, the team returned to a 3D material that contains natural imperfections with great potential for controlling electron spins: diamonds.

Small defects in diamonds, called nitrogen-vacancy (NV) centers, are known to harbor electron spins that can be manipulated at room temperature, unlike many other quantum systems that demand temperatures approaching absolute zero. Each NV center emits light that provides information about the spin’s quantum state.

Bassett explains why it is important to consider both 2D and 3D avenues in quantum technology:

“The different material platforms are at different levels of development, and they will ultimately be useful for different applications. Defects in 2D materials are ideally suited for proximity sensing on surfaces, and they might eventually be good for other applications, such as integrated quantum photonic devices,” Bassett says. “Right now, however, the diamond NV center is simply the best platform around for room-temperature quantum information processing. It is also a leading candidate for building large-scale quantum communication networks.”

So far, it has only been possible to achieve the combination of desirable quantum properties that are required for these demanding applications using NV centers embedded deep within bulk 3D crystals of diamond.

Unfortunately, those deeply embedded NV centers can be difficult to access since they are not right on the surface of the diamond. Collecting light from those hard-to-reach defects usually requires a bulky optical microscope in a highly controlled laboratory environment. Bassett’s team wanted to find a better way to collect light from NV centers, a goal they were able to accomplish by designing a specialized metalens that circumvents the need for a large, expensive microscope.

“We used the concept of a metasurface to design and fabricate a structure on the surface of diamond that acts like a lens to collect photons from a single qubit in diamond and direct them into an optical fiber, whereas previously this required a large, free-space optical microscope,” Bassett says. “This is a first key step in our larger effort to realize compact quantum devices that do not require a room full of electronics and free-space optical components.”

Metasurfaces consist of intricate, nanoscale patterns that can achieve physical phenomena otherwise impossible at the macroscale. The researchers’ metalens consists of a field of pillars, each 1 micrometer tall and 100-250 nanometers in diameter, arranged in such a way that they focus light like a traditional curved lens. Etched onto the surface of the diamond and aligned with one of the NV centers inside, the metalens guides the light that represents the electron’s spin state directly into an optical fiber, streamlining the data collection process.

“The actual metalens is about 30 microns across, which is about the diameter of a piece of hair. If you look at the piece of diamond that we fabricated it on, you can’t see it. At most, you could see a dark speckle,” says Huang. “We typically think of lenses as focusing or collimating, but, with a metastructure, we have the freedom to design any kind of profile that we want. It affords us the freedom to tailor the emission pattern or the profile of a quantum emitter, like an NV center, which is not possible, or is very difficult, with free-space optics.”

To design their metalens, Bassett, Huang and Grote had to assemble a team with a diverse array of knowledge, from quantum mechanics to electrical engineering to nanotechnology. Bassett credits the Singh Center for Nanotechnology as playing a critical role in their ability to physically construct the metalens.

“Nanofabrication was a key component of this project,” says Bassett. “We needed to achieve high-resolution lithography and precise etching to fabricate an array of diamond nanopillars on length scales smaller than the wavelength of light. Diamond is a challenging material to process, and it was Richard’s dedicated work in the Singh Center that enabled this capability. We were also lucky to benefit from the experienced cleanroom staff. Gerald helped us to develop the electron beam lithography techniques. We also had help from Meredith Metzler, the Thin Film Area Manager at the Singh Center, in developing the diamond etch.”

Although nanofabrication comes with its challenges, the flexibility afforded by metasurface engineering provides important advantages for real-world applications of quantum technology:

“We decided to collimate the light from NV centers to go to an optical fiber, as it readily interfaces with other techniques that have been developed for compact fiber-optic technologies over the past decade,” Huang says. “The compatibility with other photonic structures is also important. There might be other structures that you want to put on the diamond, and our metalens doesn’t preclude those other optical enhancements.”

This study is just one of many steps towards the goal of compacting quantum technology into more efficient systems. Bassett’s lab plans to continue exploring how to best harness the quantum potential of 2D and 3D materials.

“The field of quantum engineering is advancing quickly now in large part due to the convergence of ideas and expertise from many disciplines including physics, materials science, photonics and electronics,” Bassett says. “Penn Engineering excels in all these areas, so we are looking forward to many more advances in the future. Ultimately, we want to transition this technology out of the lab and into the real world where it can have an impact on our everyday lives.”

This work was supported by the National Science Foundation through awards ECCS-1553511 and ECCS-1842655, and by the Netherlands Organisation for Scientific Research under the European Union’s Seventh Framework Programme, (FP/2007-2013)/ERC grant agreement no. 337328, Nano-EnabledPV. Facilities and instrumentation were supported by the NSF through Penn’s Materials Research Science and Engineering Center under grant DMR-1720530 and through the National Nano-technology Coordinated Infrastructure under grant ECCS-1542153. 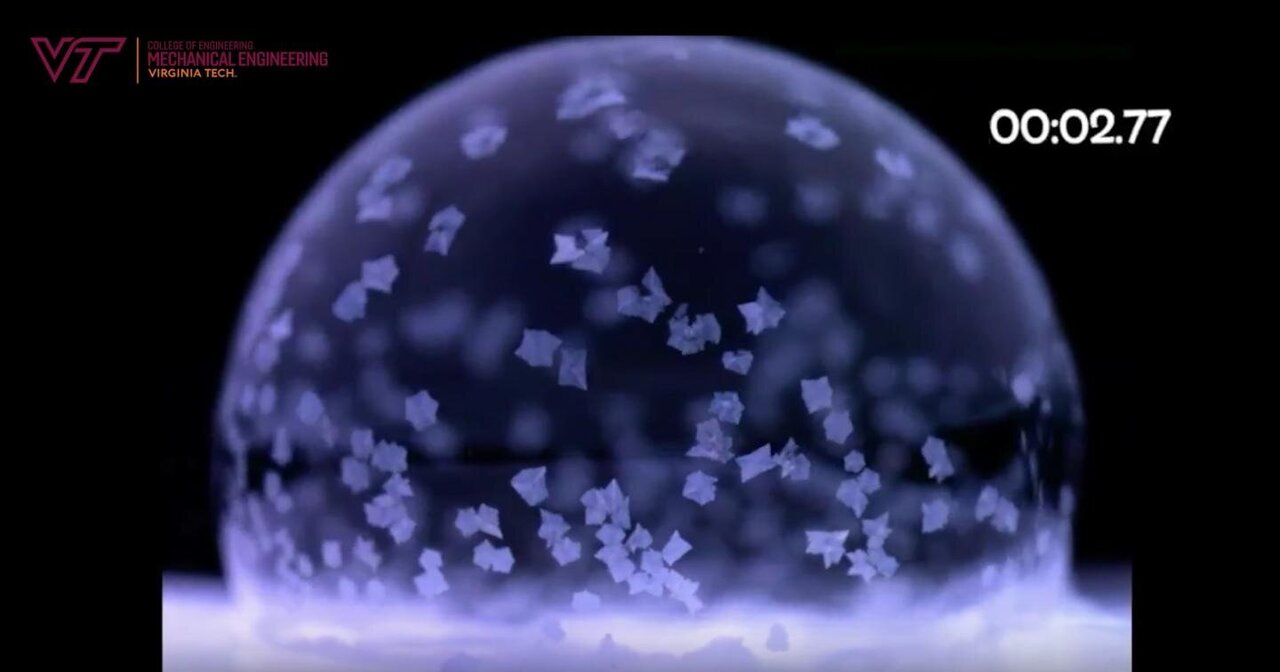 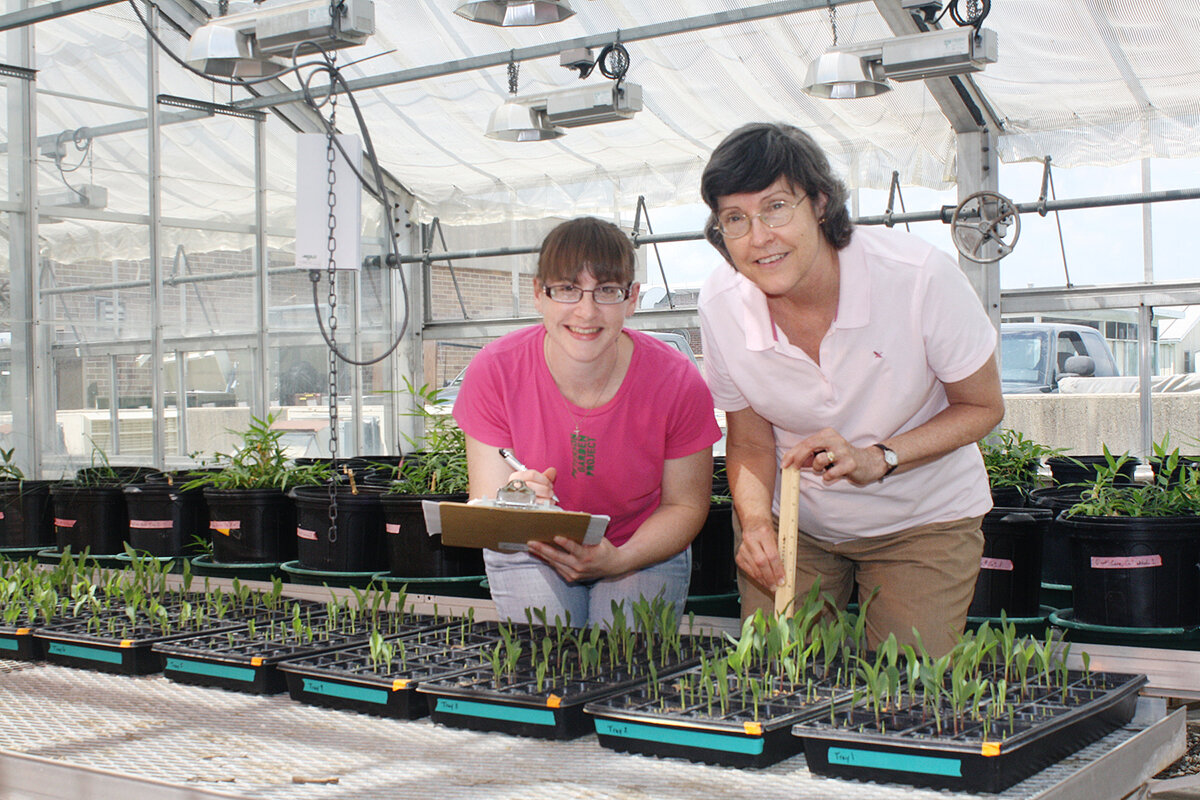 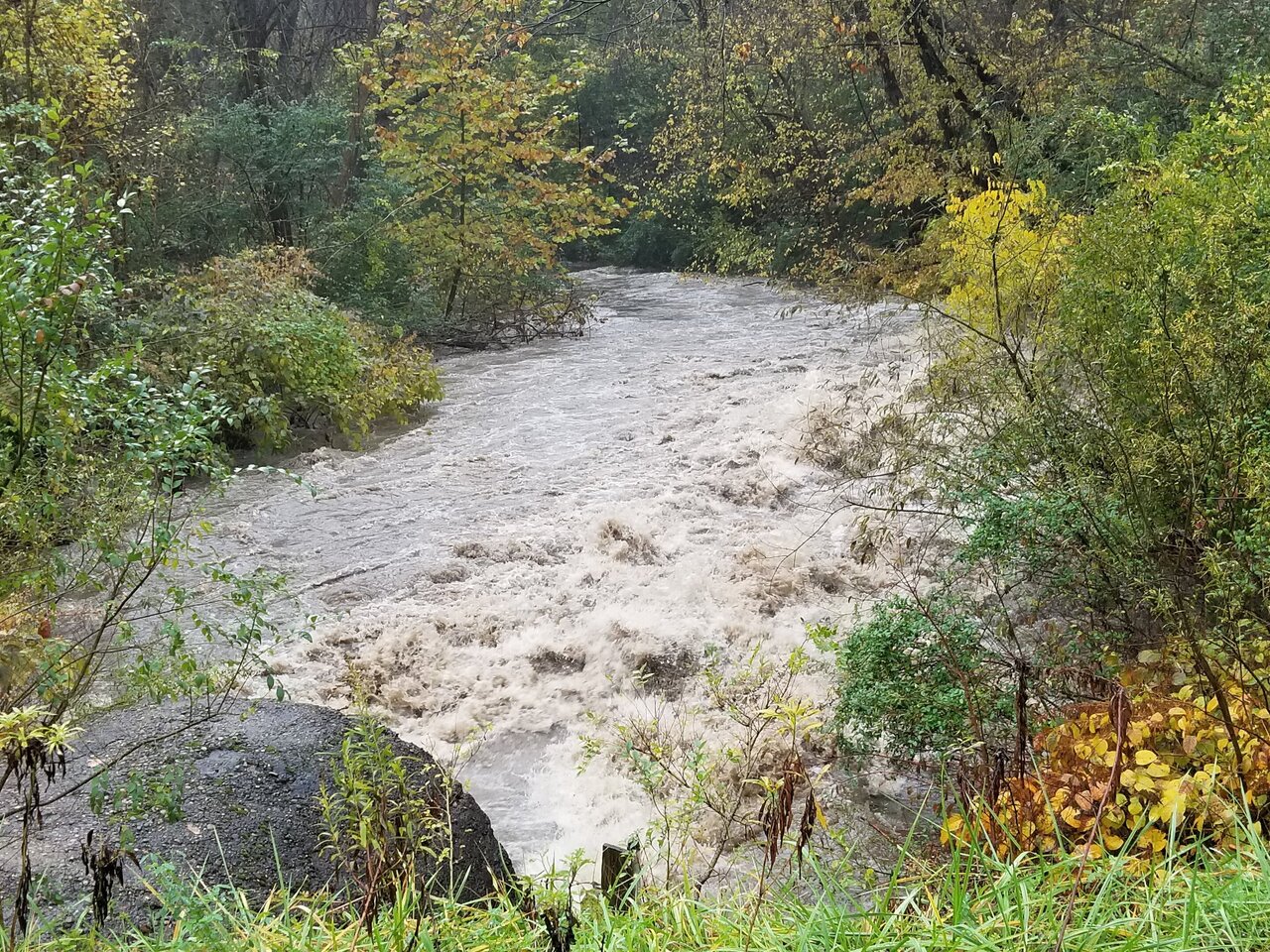 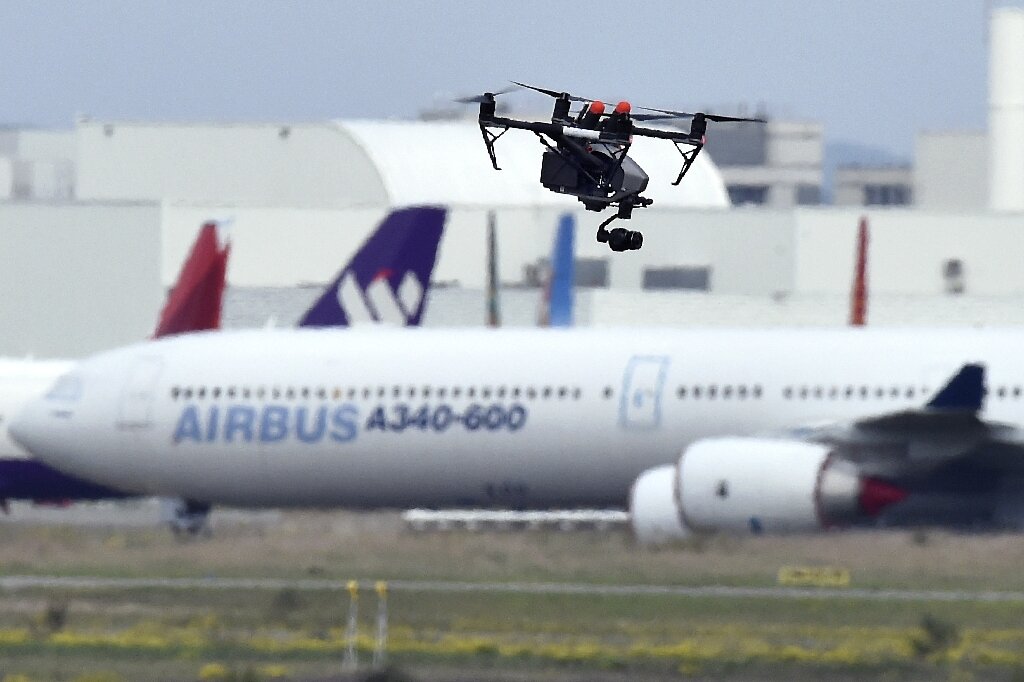 Game of drones: Airports rally firms to battle threat from above 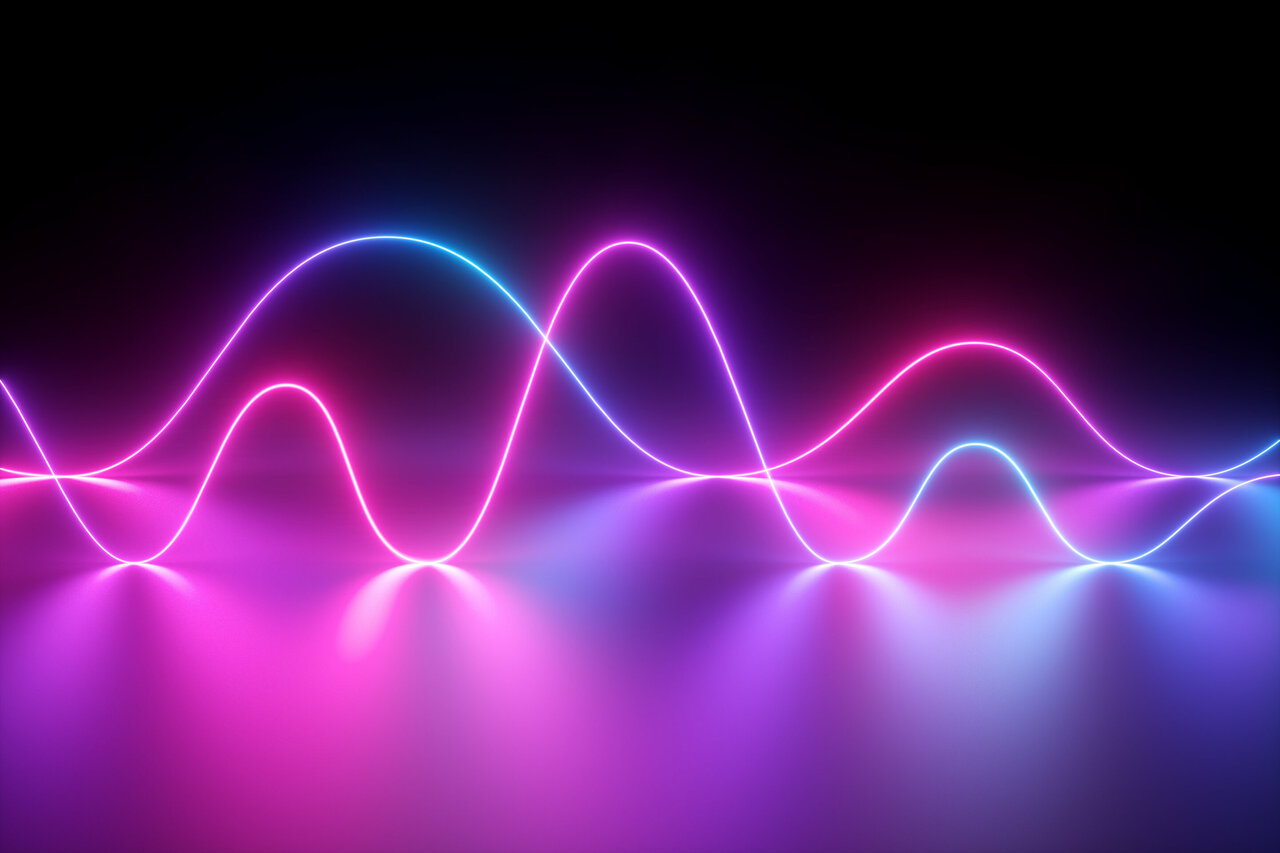 A sound idea: A step towards quantum computing