Polar bears are the largest land carnivores on Earth. Ten feet long from nose to tail, weighing up to 1,300 pounds, they have cobra-esque reflexes, ten scythes for claws, and can sprint on ice nearly as fast as Usain Bolt on a springy track. In their dark, snowy realm, they are the lords of Arctic wildlife.

Yet they aren’t much of a match for an Inova AHV-IV Commander -a 90,000-pound, 500-horsepower tracked “thumper truck” that may be crawling over their favorite denning habitat in the Arctic National Wildlife Refuge (ANWR) as early as December.

If the Bureau of Land Management (BLM) approves a permit application submitted by SAExploration last July, two dozen of the massive, 30-foot-long vehicles could begin slowly crisscrossing the refuge’s coastal plain this winter, sending powerful, low-frequency vibrations into the ground and recording the reflections off deep layers of rock-all in the hope of finding black gold. The U.S. Geological Survey (USGS) estimates the area may contain more than 10 billion barrels of recoverable oil.

The thumper trucks will be accompanied by more than 150 support vehicles, including crew quarters for 300, fuel tanks, snow cats, tractors, bulldozers-an army of heavy equipment traversing the fragile tundra. The seismic prospecting has to happen in winter, when the tundra is frozen, so the vehicles won’t sink into the mire.

The trouble is, winter is when female polar bears come ashore to dig dens in deep snow drifts and give birth to their cubs.

The push to drill

The survey is the next step in the Trump Administration’s controversial push to quickly lease vast areas of federal land on Alaska’s oil and gas-rich North Slope and in waters offshore. Last December it conducted the largest lease sale ever in the National Petroleum Reserve-Alaska (NPRA). Earlier this month it approved the Liberty Project, which involves building a man-made gravel island about six miles offshore to support the first oil and gas production facility in federal waters off Alaska.

The coastal plain of the Arctic Refuge covers some 1.5 million acres of flat and undulating tundra between the Chukchi Sea and the foothills of the Brooks Range. It was set aside by Congress for possible future oil development in section 1002 of the 1980 Alaska National Interest Lands Conservation Act (ANILCA), which expanded the refuge.

After decades of battles in Congress, drilling advocates led by Alaska Senator Lisa Murkowsi (R-AK), finally won access to the refuge by slipping a drilling provision into last year’s tax cut bill. It mandated two lease sales in ANWR, of no less than 400,000 acres each, within the next decade.

The seismic survey is a prelude and a sweetener for the oil companies. Its results should tell them which tracts are the most promising places to lease and drill expensive exploratory wells.

Two Inupiat companies that own 92,000 acres within the coastal plain -the Arctic Slope Regional Corporation and the Kaktovik Inupiat Corporation-are partnering in the seismic survey, in the hope it will inspire oil development that will make their own holdings more valuable.

But the coastal plain is also a gathering place for the wildlife the refuge was created to protect. It’s the spring and summer calving ground of the Porcupine caribou herd-on which the Gwich’in Tribe depends-and the breeding ground for hundreds of thousands of migratory birds.

And in winter, it becomes critical denning habitat for the Southern Beaufort Sea polar bear population, which has declined by more than 40 percent over the last decade, to roughly 900 animals. The bears were protected under the Endangered Species Act in 2008.

The threat to bears

Biologists with the U.S. Fish and Wildlife Service, the agency that manages the refuge, issued a withering critique of the proposed survey this summer, obtained by the Washington Post. They cited concerns for polar bears, caribou, and migratory waterfowl.

The survey poses a direct threat to polar bears, says Steven Amstrup, chief scientist for Polar Bears International and a former chief polar bear researcher for the U.S. Geological Survey. Amstrup estimates a 25 percent probability of one or more dens being crushed by a vehicle during the survey.

Polar bear cubs, he says, are most at risk, because they would be less able to escape an approaching vehicle or to survive long exposure to winter temperatures outside a crushed den.

SAExploration has proposed using forward-looking infrared (FLIR) cameras mounted on trucks and airplanes to locate bear dens prior to the survey and then to keep all equipment a mile away from any den. But Amstrup, who helped develop the FLIR technique for den detection, says it may miss as many as half of the occupied dens.

SAExploration did not respond to several requests for comment.

In the rapidly warming Arctic, Amstrup points out, sea ice is getting thinner and less stable, forcing more and more bears to den on land. “It’s really a double whammy for the bears,” Amstrup says. “Climate change is making it less suitable for them to den on ice, and land-based activities may make it less suitable for denning on land.”

Thumper trucks have crossed the coastal plain before, in the winters of 1984 and 1985. Despite rolling over a protective layer of snow and ice, the heavy vehicles left 2,500 miles of trails in the fragile tundra. According to a U.S. Fish and Wildlife study, five percent of those trails, or 125 miles, were still visible scars across the landscape 25 years later.

The survey proposed by SAExploration is far more intensive, covering more than 29,000 miles-19,536 miles covered by the train of thumper trucks, which travel nose to tail, and 9,768 miles traveled by vehicles setting and retrieving the “geophones” that listen for the reflected vibrations. If the USFWS study is an indicator, the new survey would leave almost 1,500 miles of permanently scarred tundra.

The payoff for oil companies could be huge, says Kenneth Bird, a retired USGS petroleum geologist who studied the refuge for years and now teaches at Stanford. He says the western part of the refuge’s coastal plain is likely to contain stratigraphic traps similar to ones recently discovered by a seismic survey in the National Petroleum Reserve-Alaska. One of those discoveries, the Horshoe/Pikka deposit, contains an estimated 1.2 billion barrels of oil.

“These are surprisingly large accumulations that were sitting there in plain sight for a long time,” says Bird. “They were only recently discovered in stratigraphic traps-just like those they are looking for in the refuge.”

“I’m pretty sure they’ll find something,” he adds. “Whether it will be big enough to justify development, I don’t know.”

Before issuing SAE a permit, BLM must by law complete an official environmental assessment to determine if the seismic survey has the potential to cause significant environmental effects. If the answer is no, the agency can dispense with the much more onerous and time-consuming environmental impact statement. Instead it can simply issue a “finding of no significant impact”-and then greenlight the project.

BLM seems already to have made up its mind.

” The environmental assessment and a draft finding of no significant impact (FONSI) will be made available for public consideration,” said Joe Balash, assistant secretary of the interior, in an emailed response to National Geographic. A former commissioner of the Alaska Department of Natural Resources, Balash has pushed for seismic studies and oil leases in ANWR for years. He now oversees BLM and all minerals management on federal lands.

“BLM is working expeditiously to complete its processing of the seismic exploration application,” Balash writes, “however we will not issue a permit until all appropriate and required environmental analysis is complete.” Once the decision is reached, the public will have 30 days to comment on the proposed action.

Not surprisingly, conservationists object to the rushed schedule and seemingly pre-determined outcome of BLM’s environmental assessment.

“BLM is failing in its duty to the public,” says Bridget Psarianos, a former BLM attorney who worked at the National Petroleum Reserve, but is now with Trustees for Alaska, a non-profit law firm that represents conservation groups. “They haven’t answered basic questions about this project and are giving conflicting statements. Interior is trying to rush and short-cut every step of the way.”

For Amstrup, allowing a fleet of thumper trucks into the densest bear denning habitat on the North Slope would put the threatened population at an unacceptable risk.

“It’s a refuge. It’s critical habitat for the survival of the bears. And the population is declining,” says Amstrup. “That seems like a pretty important consideration for any kind of activity there.” 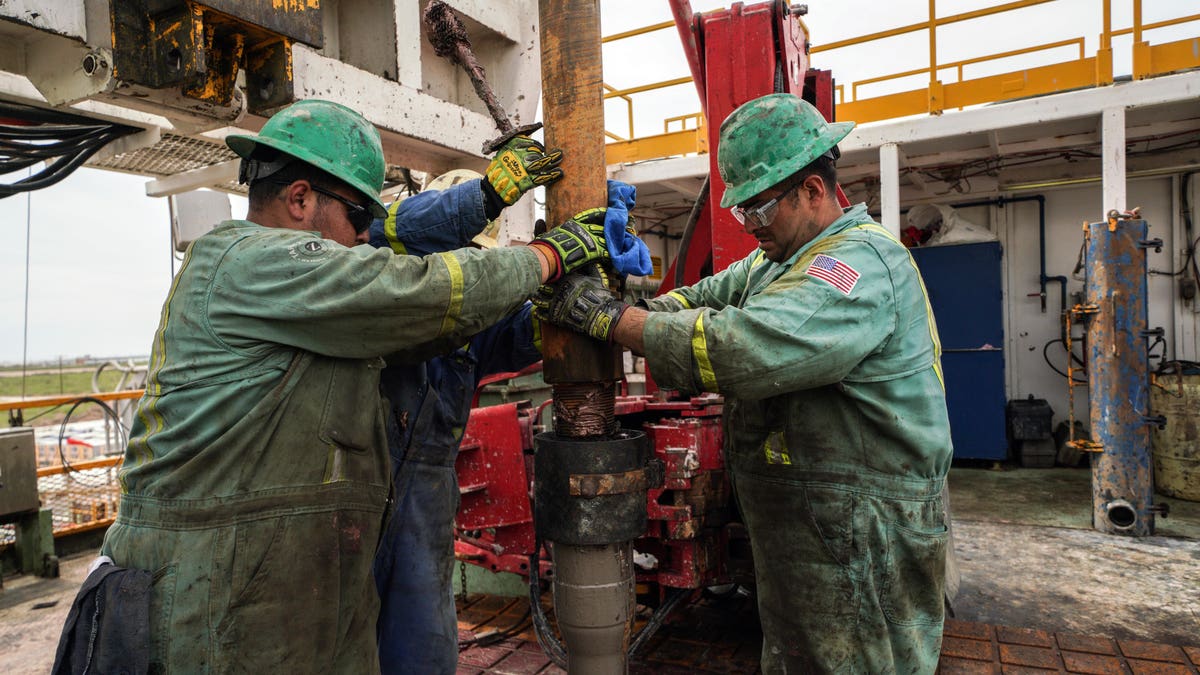 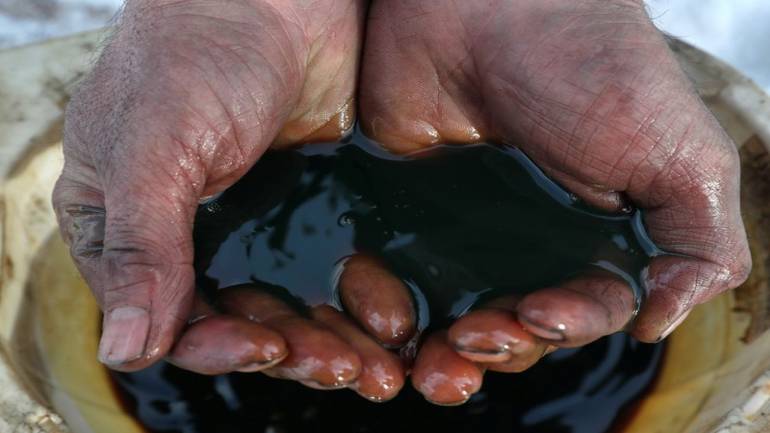 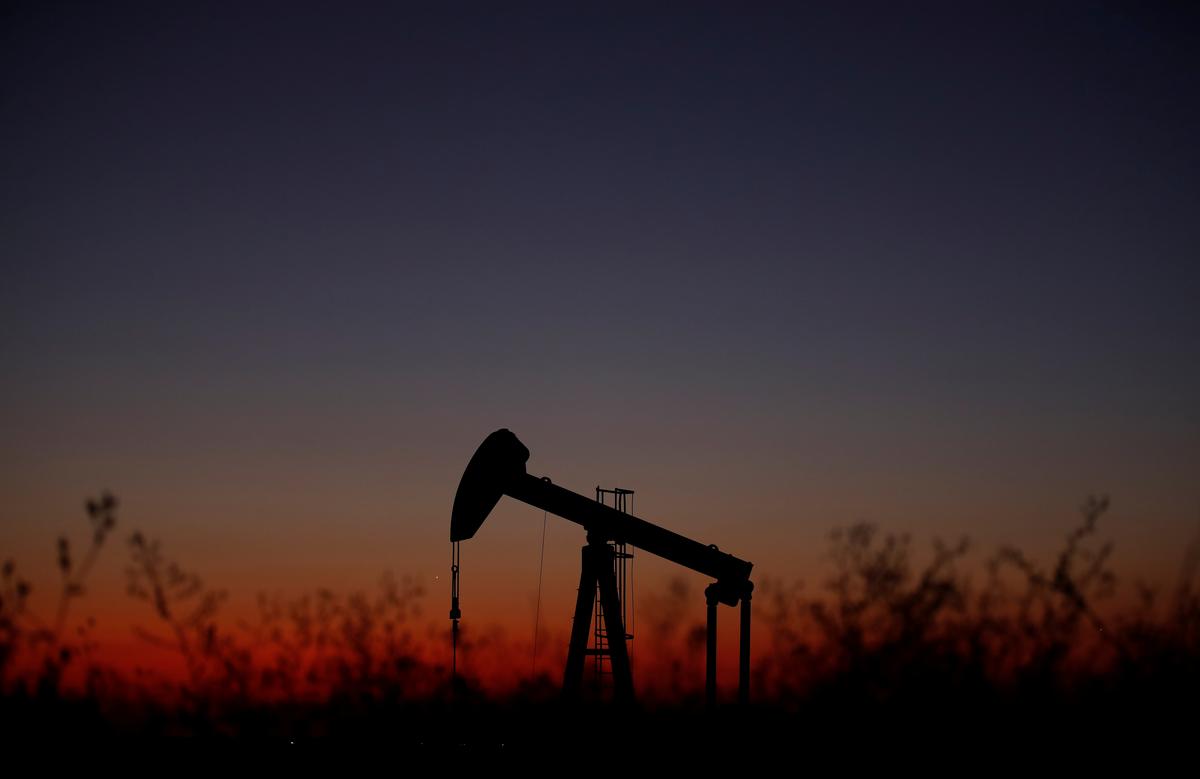