The Miami Heat pulled off an unlikely move this summer by adding the superstar that they had lacked for some time: Jimmy Butler. He brings about what many believe will be an exciting new era of Heat basketball while also continuing the team’s tradition of hard-working culture. There are still questions about the talent of this team; one could even argue that Butler is not a huge upgrade over Josh Richardson, who was jettisoned to acquire Butler.

But the reality is that Richardson was never cut out for the leadership role he was groomed to fill in Miami. That changes with Butler, who is a clear No. 1 option on offense, a superior late-game performer and an excellent defender.

Butler’s impact aside from the usual tenacity will be how the team plays in tight late-game situations or other clutch moments. He’ll have the opportunity to score, if needed, and prove worthy of the contract he signed. But the team also figures to play at a fast-paced tempo while incorporates playmaking abilities from most players in the rotation.

Hassan Whiteside’s presence had dictated the team’s style of play for far too long. Because of Whiteside’s diminished athleticism and rarely-seen passing skills, the Heat often slipped into a slow, plodding style, where ball handlers where forced to create shots from the outside, or face driving to the rim where Whitesdide positioned as an unintentional obstacle. With Whiteside now in Portland, Miami turns to Bam Adebayo to lead the frontcourt, bringing with him, at 6-foot-10 and 255 lbs., the ability to speedily bring the ball upcourt after a rebound, blocked shot or turnover, and make plays for teammates, initiate the offense or bull his way to the rim.

Justise Winslow, expected to be the team’s point guard, will get the opportunity to continue steering the offense, as will Butler, an underrated playmaker. Even Meyers Leonard or Kelly Olynyk, somewhat interchangeable in as a starter or reserve, bring passing skills to the center position. Goran Dragic, Dion Waiters and rookie Tyler Herro are all capable passers and scorers, meaning a freewheeling offense that will create opportunities to capitalize on open looks. The days of Whiteside needing a touch and forcing a contested shot are over.

Best Addition: Clearly, it’s Butler, who will define this team in a way that hasn’t been seen since 2016, before Dwyane Wade left the team as a free agent.

Biggest Loss: You could argue it’s Whiteside, who provided some impact as a rim protector and rebounder, but Richardson, as a young, multi-talented role player, earns some votes, too.

How the players on this roster fit around Butler is the defining theme of the season. They may not have as much talent as some other mid-tier teams in the Eastern Conference but they’ll outwork opponents, play defense at a high level and have enough scoring-by-committee to be a playoff team. Ultimately, if the wins don’t come early in the season, the team’s front office may decide that pulling off a trade for another superstar (Chris Paul? Bradley Beal? Anyone else?) to pair alongside Butler is what’s best for the team moving forward.

Team MVP: Butler, who will have the ball in clutch situations and be expected to win games on his own.

Best Value: Adebayo, at a salary of $3.45 million, could be the team’s second-best player, adding defensive versatility and rim protection, as well as improved scoring.

X-Factor: A healthy Waiters, who will likely anchor the bench unit and provide scoring, playmaking and solid defense … if the reserve role doesn’t lead to locker-room friction.

Butler doesn’t act erratically or push teammates over the edge as he has elsewhere. The culture that has defined the team for decades provides a perfect scenario for him to thrive, and he develops an incredible chemistry with teammates, who organically fill complementary roles as Butler puts up MVP-type numbers to carry the group. Young players take an expected leap, and the Heat reach the third-best record in the East before embarking on a deep playoff run that reminds potential free agents that Miami remains one of the top destinations for NBA players to fulfill their goals.

Winslow and Adebyo stall in their growth while Waiters or James Johnson provide locker-room drama and Butler lashes out at his underperforming teammates while sinking out of the playoff race. The front office swings a deal for Paul and overpays him for the next three seasons while his skills continue to decline and Butler eventually demands a trade. 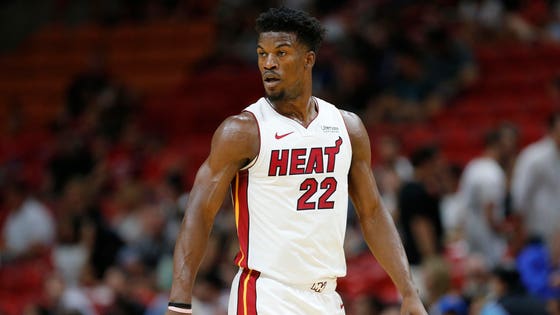 Jimmy Butler Rumors: Rockets to ‘Be Aggressive’ in Pursuit of SF in Free Agency The latest intel on this loaded free-agent market 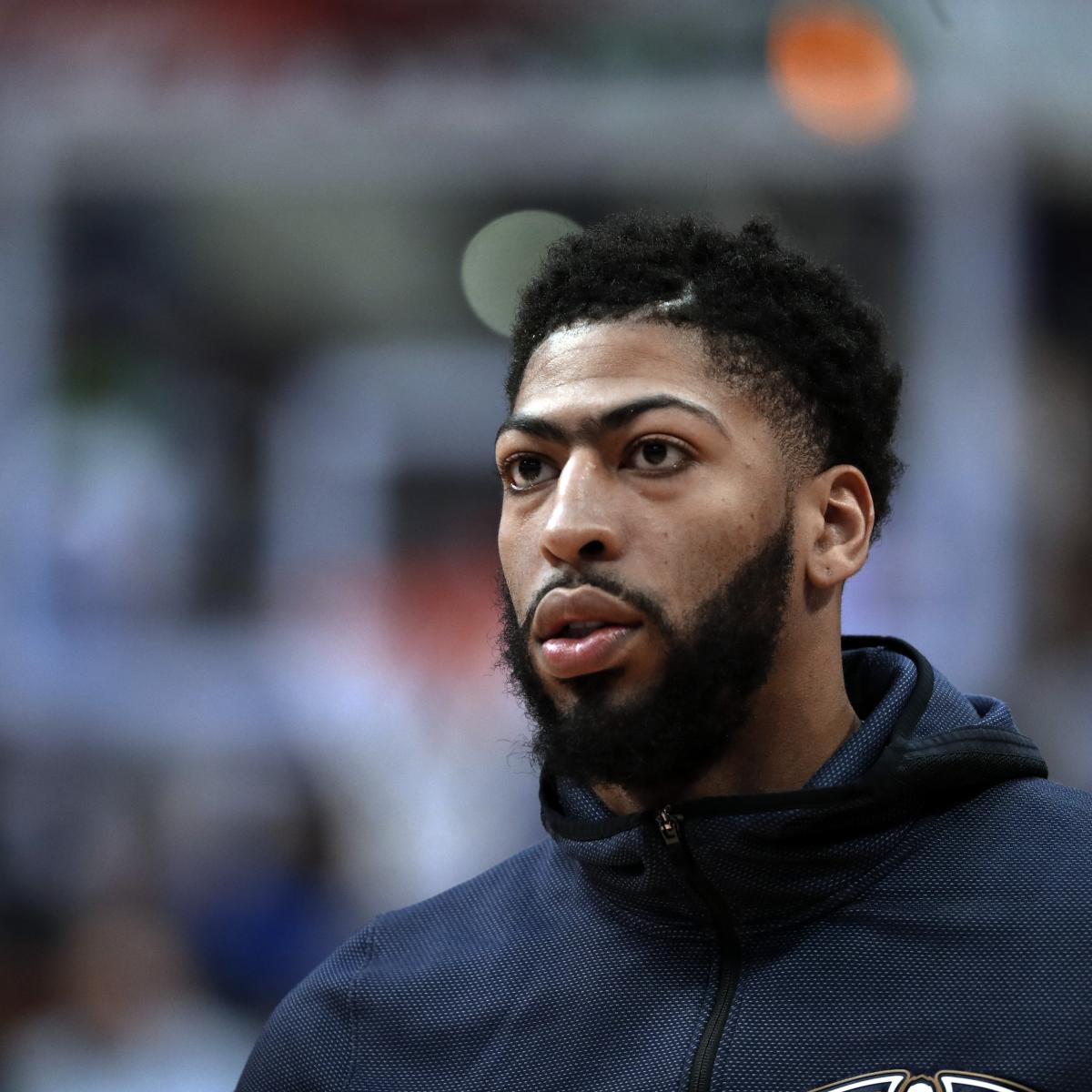 Lakers Finally Land 2nd Star in Anthony Davis, but What Comes Next for LA?