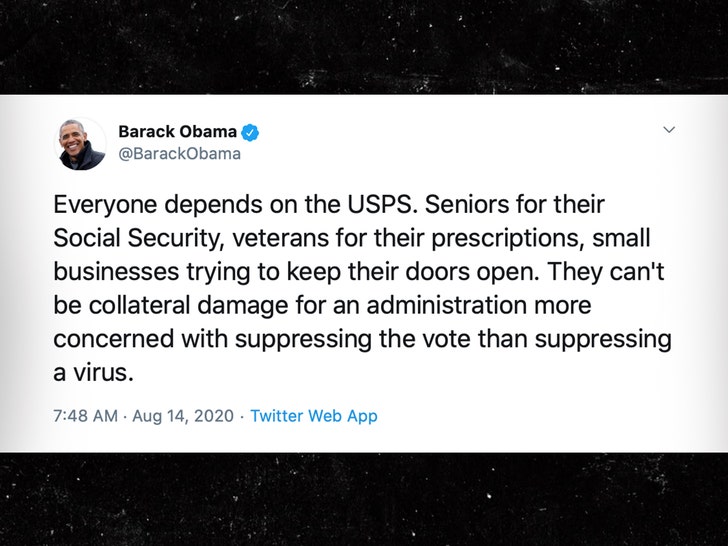 A United States Postal Service truck in NYC hauled away mailboxes … an ominous sign in the middle of a voter war over mail-in ballots … a war waged by President Trump.

The USPS mailbox removal in NYC comes on the heels of a similar move in Portland and Eugene, OR this week … which a Postal Service spokesperson passed off as necessary because of declining mail volume and duplicate boxes in the area.

They are rounding up and removing mail boxes. Trump is dismantling the post office piece by piece to steal the election pic.twitter.com/1DrrTU2evu

Many Americans are growing more concerned, as the President has been a foe of mail-in voting and the USPS in general … and recently made alarming comments about putting the brakes on funding.

Trump also met with U.S Postmaster General Louis DeJoy — a longtime ally and supporter — earlier in the month amid his increasing attacks on the USPS … and shortly after DeJoy made the decision to eliminate overtime for postal workers.

All of this has sparked big worries and outrage … that the goal here is to make mail delivery slow and in some cases impossible, ’cause of delays. Of course, the operating theory is that mail-in ballots help Democrats and Trump will stop at nothing to blunt it.

It’s pretty outrageous … in the middle of an out-of-control pandemic where lots of people want to vote by mail because they fear for their safety and the safety of others, 45’s focus is winning re-election.