It has been exactly three years and two days since Jezebel first blogged an OK! report alleging that Leonardo DiCaprio, star of The Beach, vapes and wears noise-canceling headphones during sex.

The tabloid item, as summarized by former Jezebel staff writer Bobby Finger, went like this:

The item (titled “LEO HOLLYWOOD’S LAZIEST LOVER!”) tell the story of one of Leo’s “recent conquests” being invited to his home “for a romp,” as recounted by a friend she “tattled” to. The friend claims that while Leo and the woman were engaging in sexual intercourse, Leo “reached for his vaporizer and a pair of noise-canceling headphones, laid back and closed his eyes and signaled for her to keep going.” This was the same unverified story I’d heard so many months ago, but with additional details like simultaneous vaping and the fact that the headphones were “noise-canceling.”

Welcome to Midweek Madness, where we honestly cannot take any precious time to write a satisfactory …

The post went on to reveal that DiCaprio was not simply canceling out the sounds of his own intercourse with these headphones-instead, he was listening to MGMT, the electro-pop duo you may remember from any time you were in a Target during 2008.

The story was nearly perfect, with an incredible confluence of details: Leonardo DiCaprio lazily fucking someone while vaping while listening to a band that peaked in popularity nearly 8 years prior ona pair of noise-canceling headphones. Even better, there was actually a visual component to the whole thing, since two years before the OK! report, DiCaprio had been captured lazily dancing to MGMT at Coachella:

So was this how DiCaprio actually fucked? A series of noncommittal hip movements followed by a burst of chaotic enthusiasm? We will never know for sure, but I still think about this story at least twice a year.

Now flash forward to this week when Maxim magazine reported -sourcing from something possibly fake called “TickPick”-that people other than Leonardo DiCaprio maybe have sex while wearing headphones.

“For those who still care for their partner despite musical differences, modern technology may come in handy,” writes TickPick. “Seventeen percent of Apple AirPod owners had sex while wearing them. The wireless earphones could offer simultaneous enjoyment of wildly different music tastes, although this is just one scenario.”

Seventeen percent! Is this you? Is this Leonardo DiCaprio? Where have these three years gone? Were we ever so young?

‘Home Isn’t a Safe Place for Everyone’: How Coronavirus Is Impacting Domestic Violence Shelters 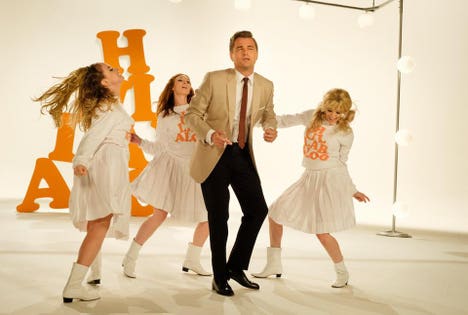