He wasn’t front and center, but Karl-Anthony Towns’ towering presence was unmistakable at a late-May rally honoring George Floyd in Minneapolis. Standing alongside former NBA veteran Stephen Jackson and current Timberwolves teammate Josh Okogie, Towns had emerged from dealing with one tragedy to grapple with another-that of Floyd’s killing while in the custody of four Minneapolis police officers.

“He’s obviously in a tough situation right now, dealing with a lot of stuff, and to show up to something like this shows you he’s about more than just himself,” Okogie told the

Towns, wearing a “Black Lives Matter” hat and a face covering, did not speak at the demonstration.

He did not have to.

That he was there at all, only weeks after his mother, Jacqueline Towns, died of complications from COVID-19 at age 59, said all he needed to say at a time that has seen Towns’ life turned upside down in every way a person’s could be-by the pandemic, the need for social justice and even the (temporary) suspension of his job.

Though Towns was unavailable to speak to those issues now, he did make his thoughts about being Black in America clear a few years ago when he penned an for The Players’ Tribune. Writing in the wake of a white nationalist rally and a car attack in Charlottesville, Virginia, that killed counterprotester Heather Heyer, Towns admitted he was disappointed but not shocked over the racism he saw in 2017. He also described a discussion he and his teammates had about the shooting death of Philando Castile, killed by a police officer from St. Anthony, Minnesota, a year earlier:

“My Timberwolves teammates and I talked about Philando after that tragedy and his name came up now and then over the last season-because, with that incident, it felt personal. It was a Twin Cities thing. It hit close to home. I don’t remember exactly what we said, but it was kind of like this: We’re all sitting there, as minorities in a league that’s mostly minority, and we’re wondering, What if I didn’t play in the NBA … would that be me?”

Three years later, Jackson echoed those comments in speaking about Floyd, who was a longtime friend.

30 teams, 30 days: The biggest story from each NBA team ahead of the league’s return.

That nagging, lingering haunting, multiplied by the murdering after murdering of young people of color by law enforcement, is one of the reasons NBA players like Towns, like Okogie, like many others throughout the league, are being forcefully vocal for equality and change following Floyd’s killing.

Towns tried to capture the call to action in his 2017 essay, writing: “Basketball is what I do for a living, not who I am as a man. So as athletes we have a huge opportunity to support what we think is right and to speak up about what we think is wrong.”

Indeed, his parents didn’t raise him to be a bystander. As a teenager, he volunteered for a walkathon to raise money to fight cancer after his grandfather died from the disease, and he later volunteered at a school for kids with autism after being moved to do so by the Newtown, Connecticut, school shooting. As his mother told B/R in 2015: “It comes from within. … He follows his heart and does what’s right because it makes him feel good inside.”

Both of Towns’ parents tested positive for COVID-19 this past spring. His father, Karl Towns, recovered. The family believed Jackie would be on the same path when her condition worsened. Even then, while she had to be placed on a ventilator, Karl-Anthony posted a video urging others to take the pandemic seriously. She died in mid-April.

In Minnesota, where Floyd was killed, basketball season is over. The Timberwolves will not be involved when the NBA reconvenes in Orlando.

Yet, the franchise is at the epicenter of the push for change and the challenging of inequality. Floyd’s death is another killing at home.

“You’re watching it, and you get sick to your stomach as you watch a knee on another man’s neck,” said Ryan Saunders, Minnesota’s coach, in a June conference call with reporters. “Then you see … the cop car and you recognize the uniforms look familiar and it’s Minneapolis PD. That hurts.”

In response, the Timberwolves have been proactive in listening to their players and their community.

“The pandemic and the tragic killing of George Floyd here in Minneapolis has forced our group into real hard conversations and a coming together,” said Gersson Rosas, Minnesota’s president of basketball operations and the league’s first Latino to hold that role. “Supporting Karl-Anthony Towns through the death of his mother has rallied our group, has rallied our community, has rallied our league, and that’s brought us together. I’m excited for what all of that means once we’re able to get together and work together.”

Rosas added that the organization doesn’t possess all the answers in this moment but will seek them. The franchise recently asked Tru Pettigrew, a motivational speaker and diversity educator, to address the team.

It’s a noble takeaway from a season that began with lofty expectations for the team before it fell flat even before the COVID-19 shutdown.

Around Thanksgiving last year, I visited Minnesota to write about the Timberwolves and specifically Towns. The team was off to a playoff-worthy start, and Towns’ scorching play was generating some early MVP buzz.

His performance stretched imaginations on the capabilities of a modern big in shooting step-back threes as nimbly as James Harden. He nearly doubled his three-point attempts from a season ago while sinking them at a 41.2 percent clip.

“I’m not a guy that is looking for any media attention and shit like that,” Towns told me then. “That’s not who I am. I’m a guy that just, I come to work. I love competing … every day and I go home. I ain’t worried about all the hoopla after, and during-all that. I’m here for my team, the people wearing the Wolves jerseys, and everyone here in this organization wearing the Wolves emblem. I’m here for them.”

The season unraveled soon after Towns spoke those words, spinning away amid injuries, losses, a trade that restructured the roster while also bringing in longtime Towns friend D’Angelo Russell.

Then, the pandemic, the death of his mother and a spring of heart-searing pain.

Still, despite all that happened and continues to happen, Towns is standing, proving he is not just there for those who wear the emblem, as he stated a few years ago.

Even without speaking, he is standing for many, many others.

Tune intoThe Arena on TNTand check out select features on the B/R app.

Jonathan Abrams is a senior writer forB/R Mag. A former staff writer at Grantland and sports reporter at theNew York Times andLos Angeles Times , Abrams is also the bestselling author ofAll the Pieces Matter: The Inside Story of The Wire -availableright here, right now. Follow him on Twitter,@jpdabrams. 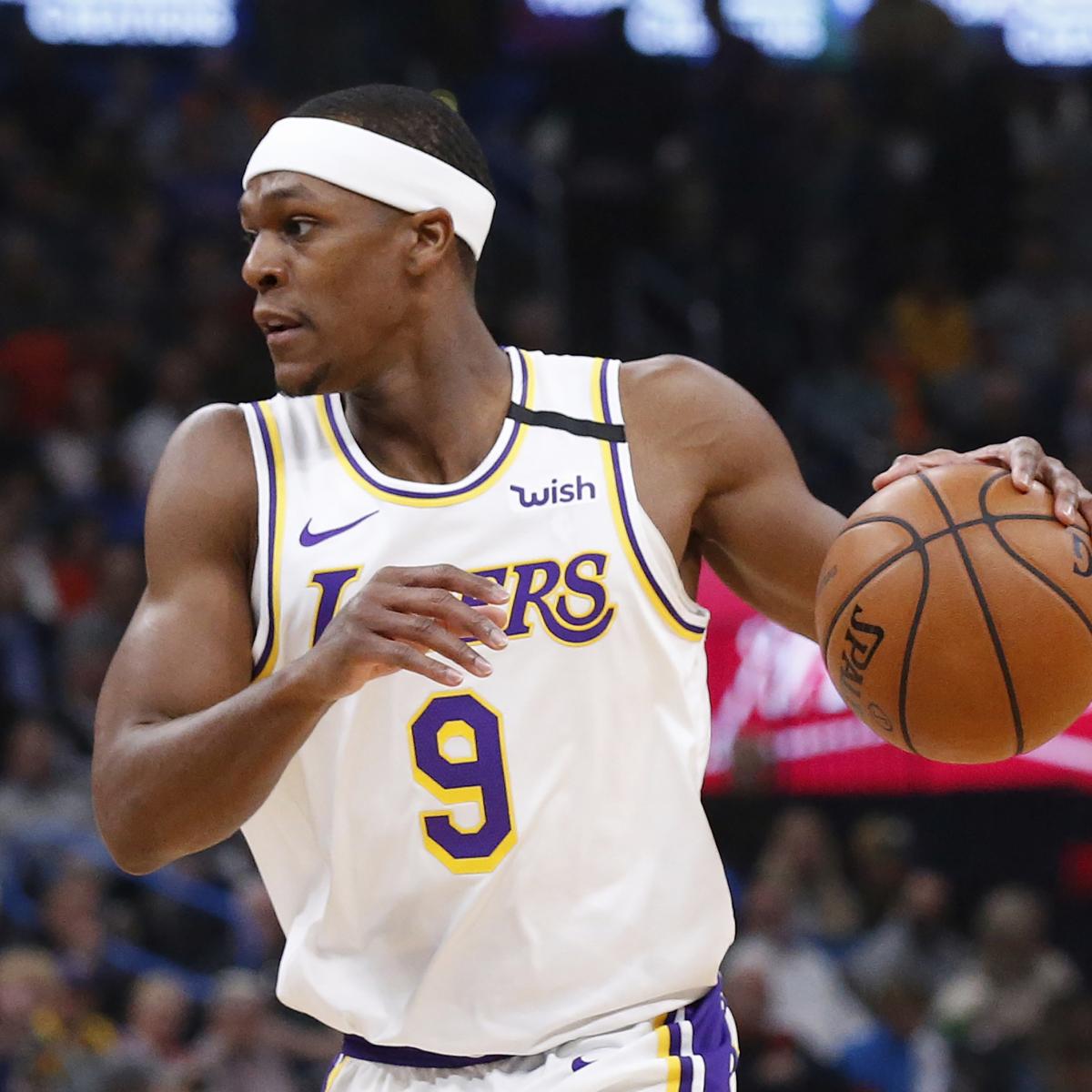 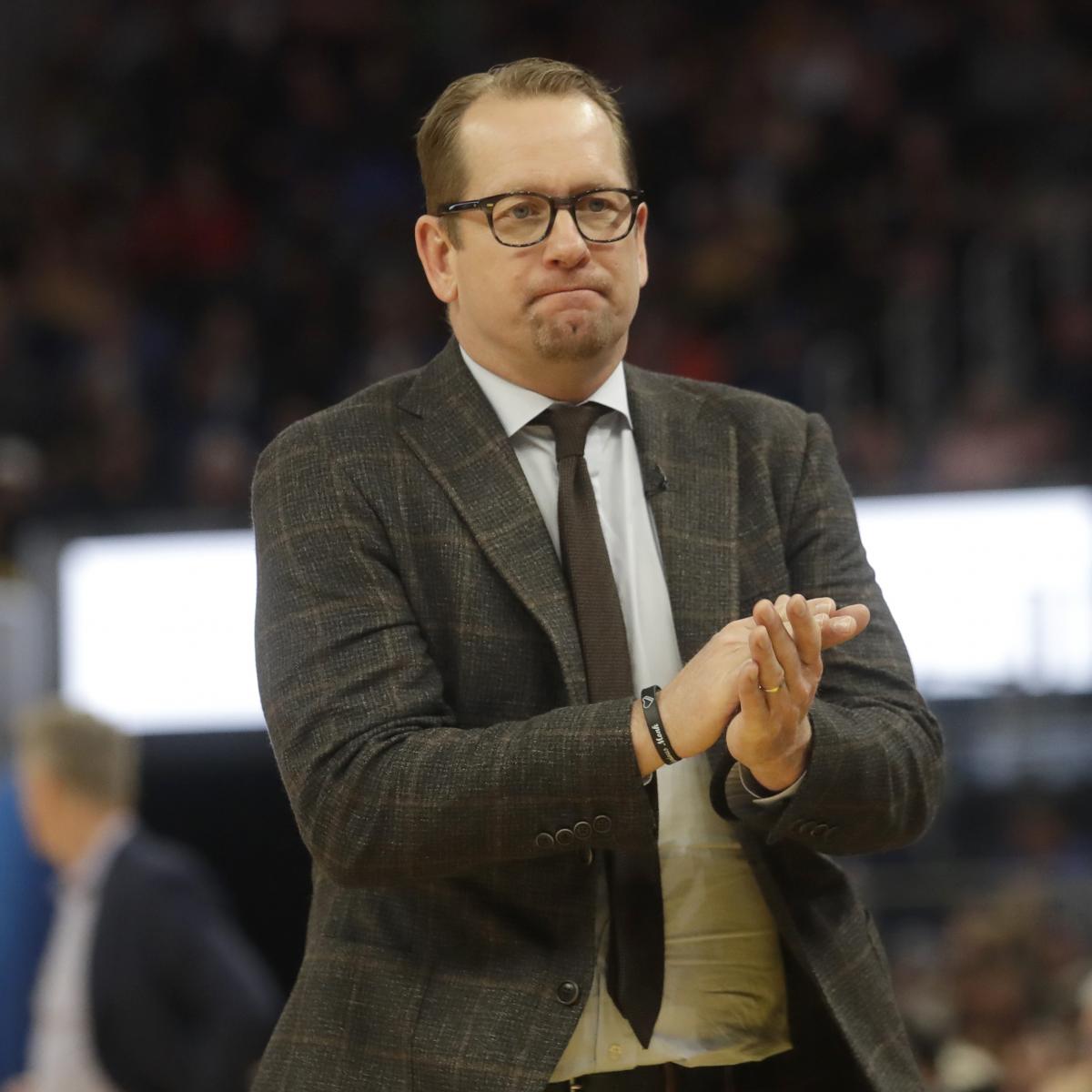 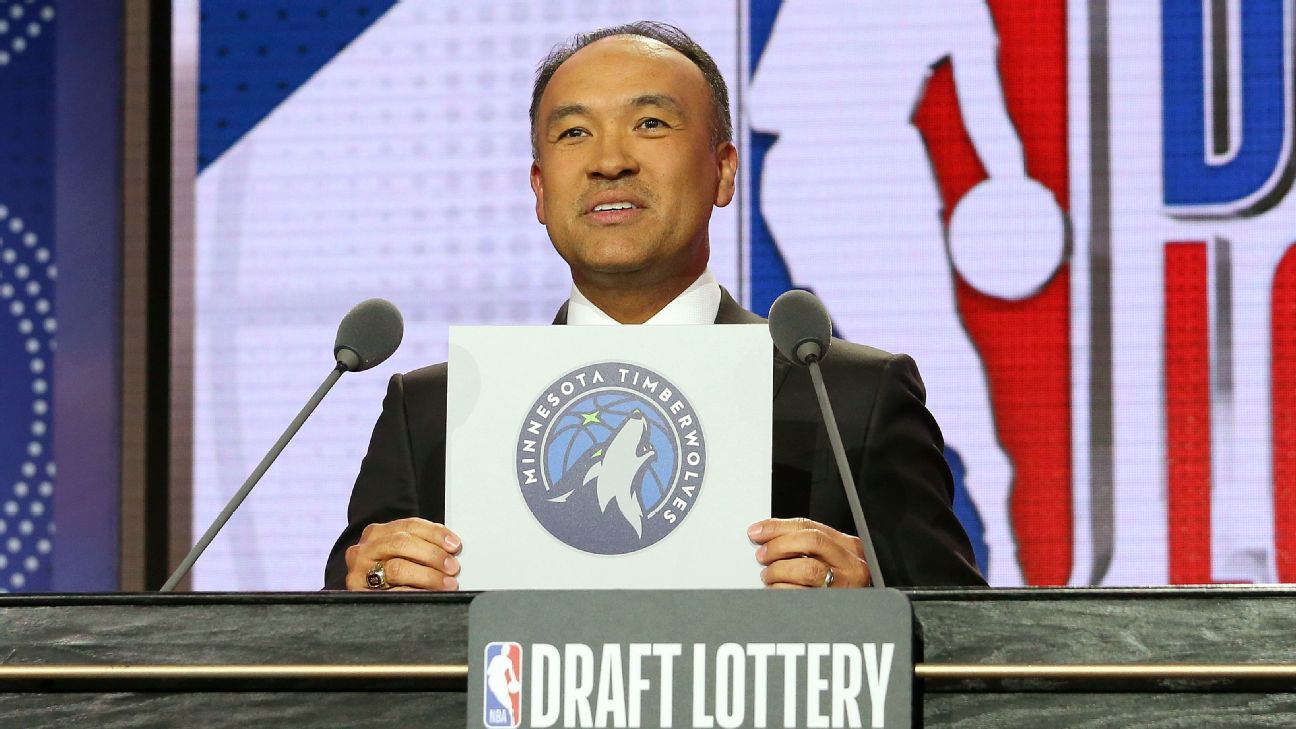 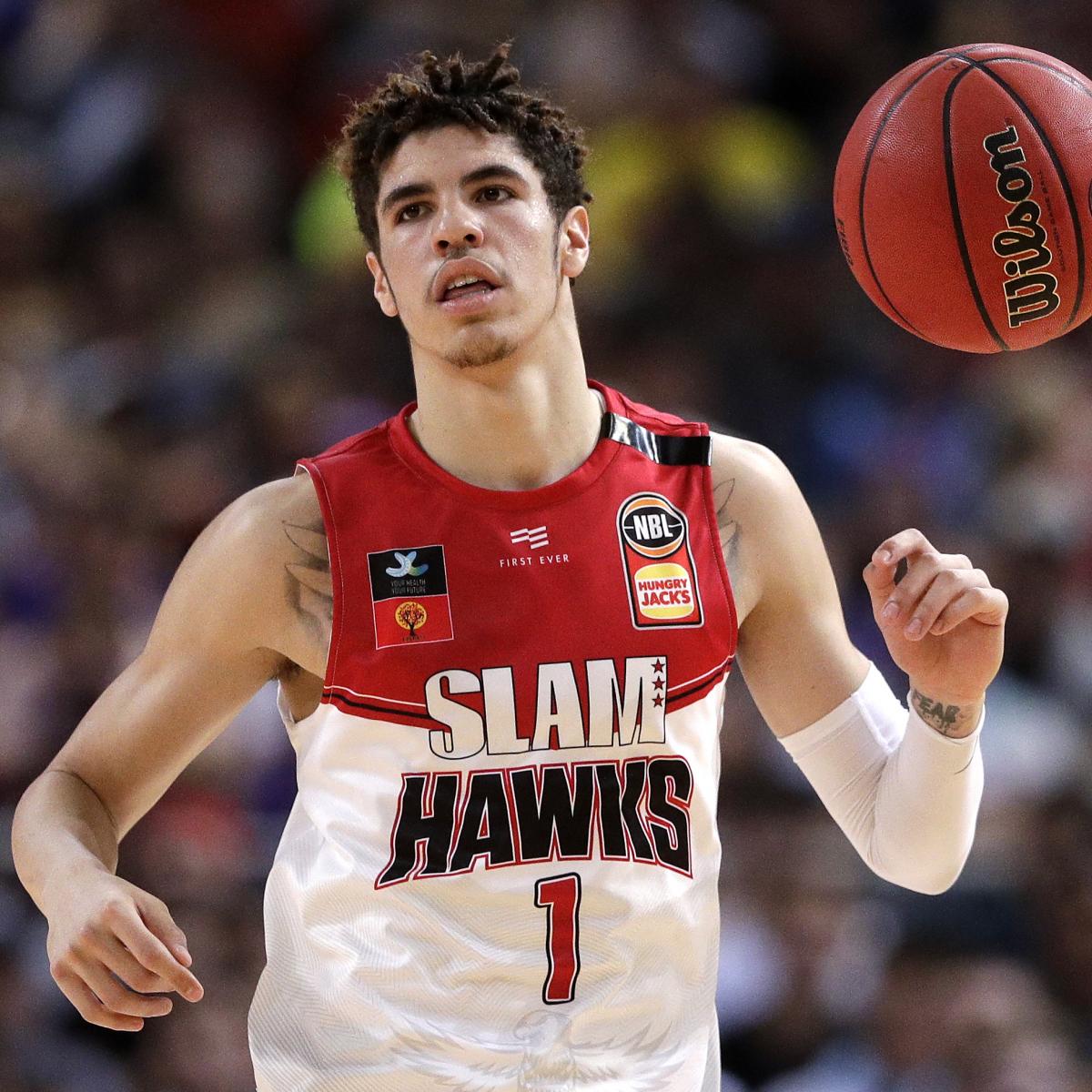 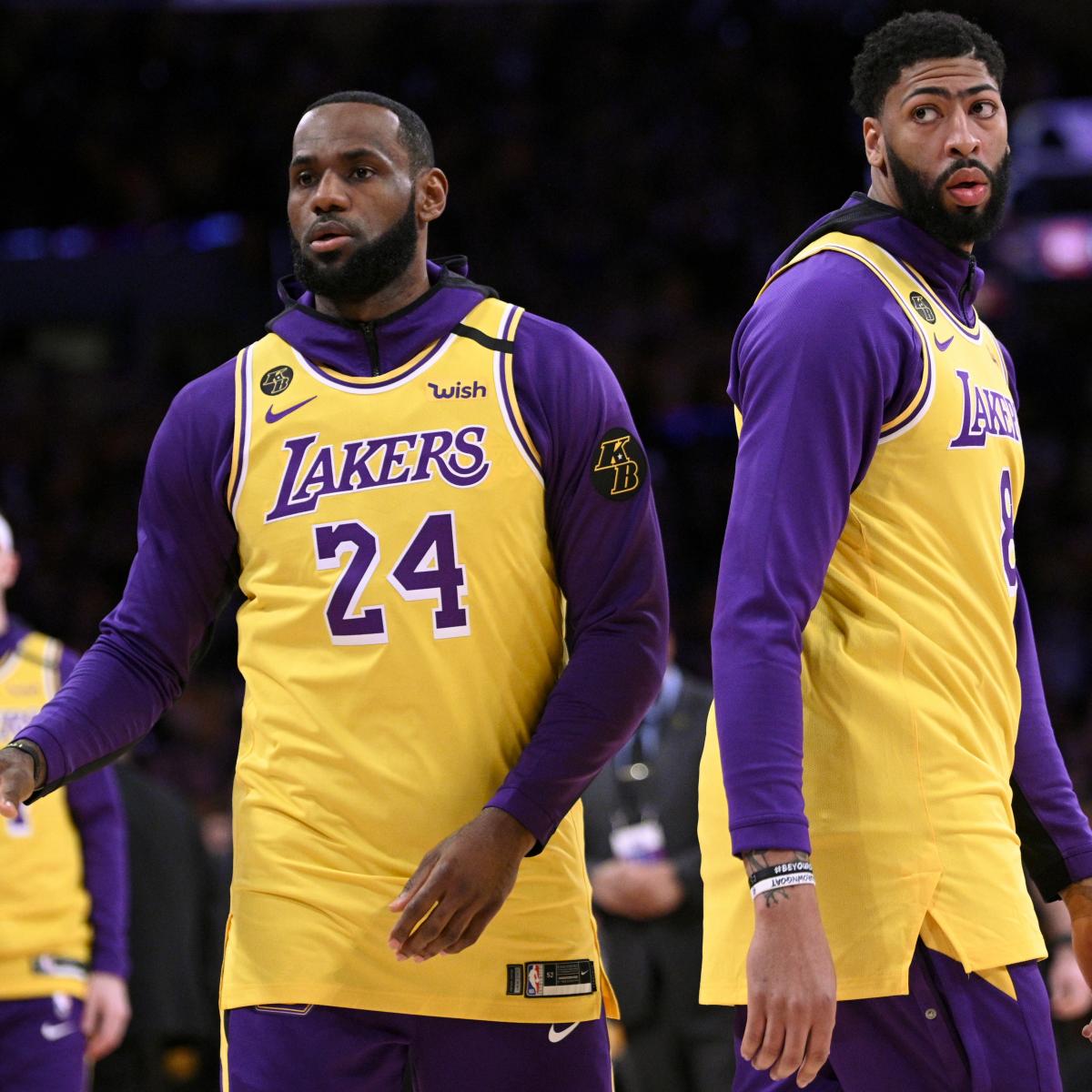