Joker is the big tentpole of the moment, the babysitter-worthy event movie for adults and the big scary movie for Halloween all wrapped into one comic book franchise package.

Joker earned a robust $55 million in its second domestic weekend, along with $123 million overseas. That’s a 43% drop in North America (a better hold than the second weekends for Wonder Woman and Black Panther) and a mere 29% drop overseas, giving Warner Bros.’ $60 million, R-rated grimdark drama a ridiculous $192.7 million domestic and $543.9 million global cume. It has now earned just 35.4% of its total in North America, compared with 38.7% as of the end of its opening weekend. The secret to its success, in a nutshell, is that it is serving as a one-size-fits-all cinematic offering. For better or worse, Todd Phillips and Joaquin Phoenix’s Joker is all things to (almost) all audiences.

It’s the big comic book/franchise movie of the season.

First, obviously, it’s the big franchise-friendly comic book flick of the season. Back when Sony first made the choice to go with a PG-13 for Venom, I argued (correctly, as it would turn out) that it was the right call because most of its competition ( A Star Is Born, Halloween, Bohemian Rhapsody) was aimed at adults and/or R-rated. One of the reasons the Tom Hardy flick stuck around after its $80 million debut, to the point where it was leggier than Logan ($229 million from an $88 million debut), It ($327 million from a $123 million launch) or Deadpool 2 ($318 million from a $125.5 million opening), was that it was the big four-quadrant/superhero/tentpole flick of the moment.

Had the poorly-reviewed but commercially-embraced Spider-Verse movie gone with an R-rating and/or emphasized the horror elements, it would have simply been one of a handful of major/high profile R-rated and/or adult-skewing flicks in a pre-holiday season. But by going for the “all ages PG-13” slot, it was somewhat unique unto itself amid the first two months of Fall. With Fox’s Dark Phoenix shifting to June of 2019 and Warner Bros.’ Fantastic Beasts: The Crimes of Grindelwald being a “for hardcore fans only… if that” affair, Venom was the go-to conventional blockbuster until DC Films’ Aquaman in late December. Cue a $213 million domestic and (thanks to China) $854 million worldwide cume on a $90 million budget.

Meanwhile, Warner Bros. opened Bradley Cooper and Lady Gaga’s A Star Is Born concurrently with Venom, knowing full well that it would open a lot lower but leg out a lot more. With strong reviews, awards buzz and a spot as the one big/crowdpleasing Oscar contender of the moment, the $40 million flick legged from a $44 million domestic debut it a $215 million domestic from $424 million worldwide total. It maintained that hold on grown ups for a month, until Bohemian Rhapsody waved off pre-release controversies (over its LGBTQIA-unfriendly content, its factual inaccuracies and/or fired director Bryan Singer’s offset behavior) for a $51 million launch and an eventual $216 million domestic (and obscene $905 million global) total.

It’s hard out there for adult-skewing movies, especially in a time when general moviegoers go (at best) once a month. But if you can be that big adult watercooler flick, the one that’s worth a babysitter, then you can steamroll the competition. Think Gone Girl ($366 million worldwide in 2014), Gravity ($724 million in 2013) or The Martian ($628 million in 2015). As adult moviegoers decrease in volume, it can be harder for more than one grown up flick to thrive. Once upon a time, Captain Phillips thrived alongside Gravity. But last year, the one-two punch of A Star Is Born and Bohemian Rhapsody left the entire Oscar season, including First Man and Widows, gasping for air.

It’s the R-rated scary movie of the Halloween season.

Two weeks after Venom and A Star Is Born kicked off October with a bang, and one week after First Man crashed upon entry, Blumhouse’s Halloween opened with $77 million for an eventual $159 million domestic/$256 million worldwide cume. No surprise here, but Universal’s $10 million, R-rated slasher sequel ruled the Halloween season, to the point where the threat of Halloween Kills next October sent Lionsgate’s Saw relaunch into the summer movie season. For nine years we could rely on either a Saw movie or a Paranormal Activity flick, while Annabelle and Ouija did quite alright in 2014. Perhaps because they were worried about It Chapter Two, the studios didn’t really offer a “big” scary movie this season.

In a season lacking in a conventional horror movie, something else can take its place. We saw that with Gravity in 2013. Alfonso Cuaron’s sci-fi/outer-space survival tale wasn’t a conventional “horror movie,” but it was pretty damn scary for much of its 90-minute running time, a classic “bruised-forearm” movie, so named by Roger Ebert because you’re grabbing your date’s arm in gleeful terror for the entire film. The Sandra Bullock/George Clonney movie, which may be the last live action original super-duper blockbuster we’re ever going to get (your move, Tenet), earned $274 million domestic and $723 million worldwide on a $100 million budget partially by being the tentpole flick, the adult-skewing biggie and the horror movie all in one.

Last October was unusually robust partially because we had three very big and well-liked offerings that were different enough to succeed concurrently. We had the franchise flick ( Venom), the adult-skewing event ( A Star Is Born) and the seasonal horror smash ( Halloween). They earned a grand total of $1.534 billion worldwide on a combined $140 million budget for the three big “not Disney” studios. What makes Joker interesting, thus far, is that it is operating as the movie of choice in all three of these categories. It’s an adult-skewing, relatively scary comic book movie that’s appealing to all (overlapping) demographics. It’s the multi-quadrant franchise/event flick, the grown up movie and the seasonal fright film all rolled into one, like Gravity.

No, it’s not as four-quadrant as Venom, but it might as well be with these grosses. It is also the A Star Is Born/ Gone Girl of the season while acting as the Annabelle/ Halloween of the moment. Maleficent: Mistress of Evil isn’t for horror and Zombieland: Double Tap is aiming for laughs over frights. It could pass It domestically ($327 million in 2017) and Gravity worldwide ($723 million in 2013) to become the biggest grosser ever for this post-summer/pre-holiday season. Joker is a comic book movie for folks who don’t like comic book movies, an adult drama for audiences not inclined to sample an adult drama in theaters and a scary movie for those not looking for a seasonal fright. 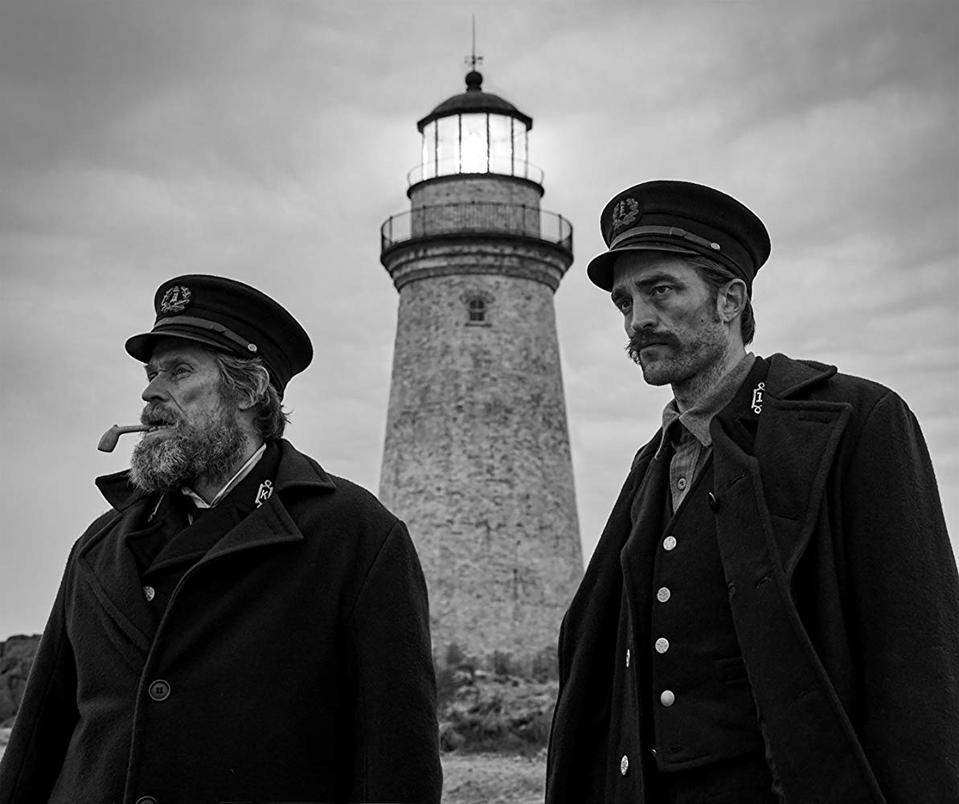 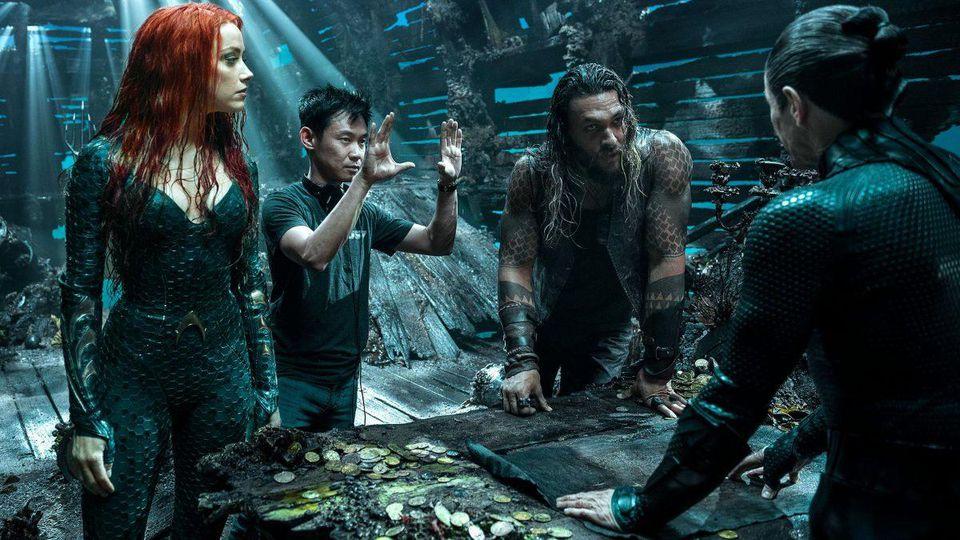 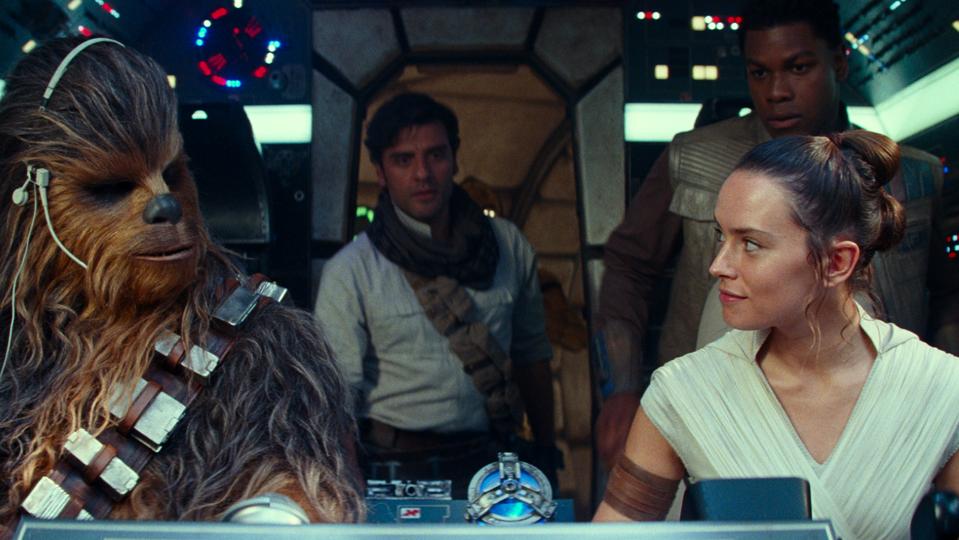 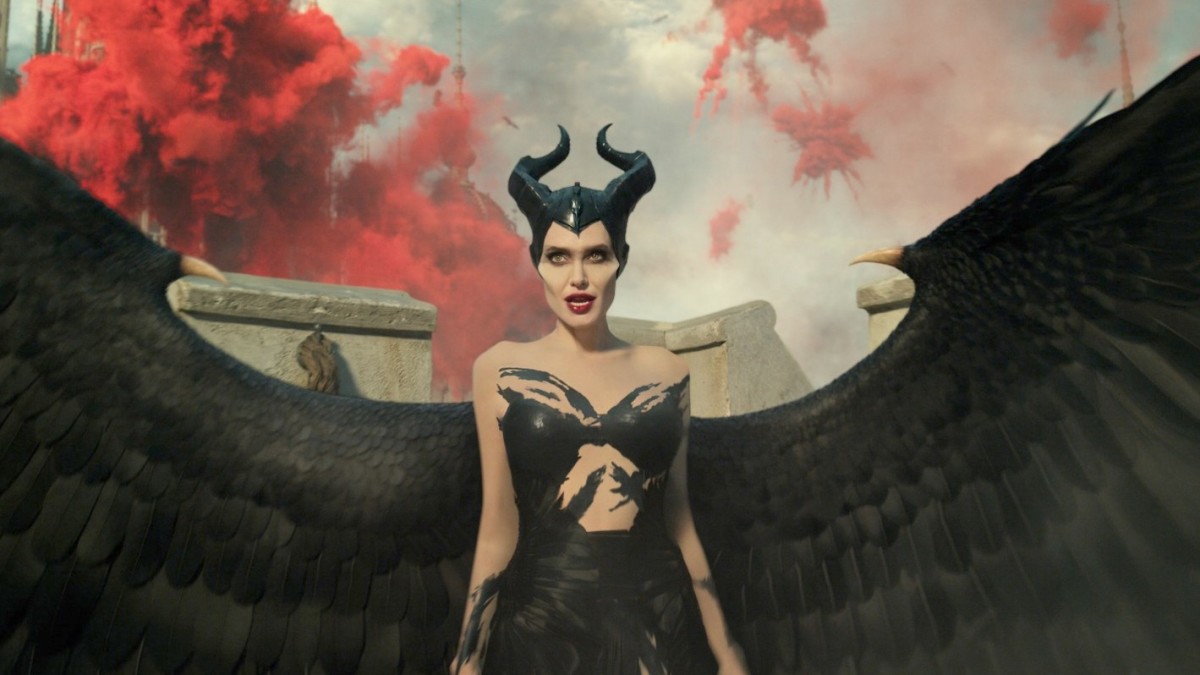 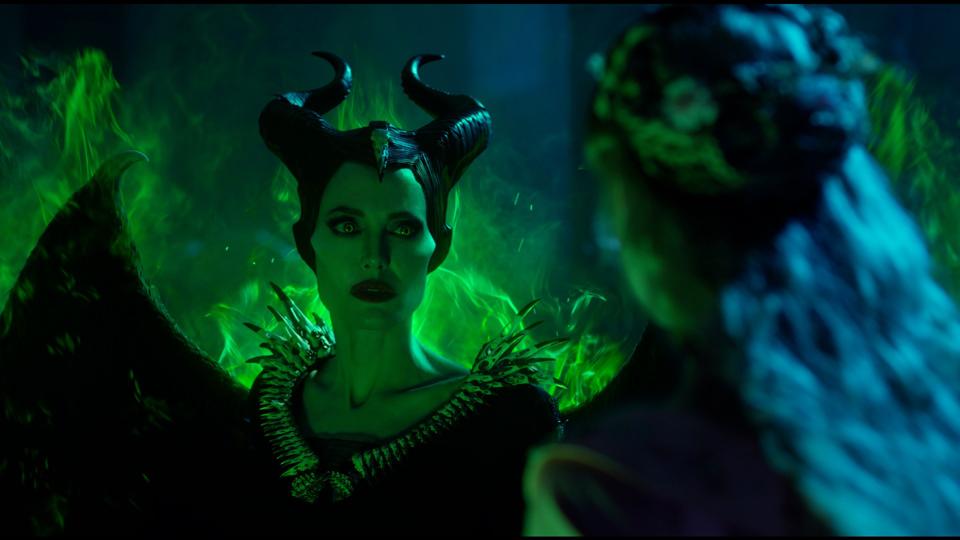 Review: ‘Maleficent: Mistress Of Evil’ Resembles The Offspring Of An Unholy Union Between ‘Gargoyles,’ ‘Aquaman’ And ‘Avatar’