A raid by U.S. Army special forces led to the death Abu Bakr al-Baghdadi when the leader of the so-called Islamic State detonated a suicide vest after being cornered in a cave in Syria’s Idlib province. President Trump hailed it as a remarkable victory on Sunday, one that comes after a month of controversy for his decision to withdraw most U.S. forces from Syria.

“Last night, the United States brought the world’s number one terrorist to justice,” Trump said at a much-hyped scheduled address. “His body was mutilated by the blast.”

The White House said that American forces were able to nevertheless positively identify the 48-year-old Baghdadi immediately using portable DNA testing equipment and visual evidence facial recognition software they brought with them, and the Special Operations force commander on the ground reported that Baghdadi was dead at 7:15 p.m. Washington, D.C. time.

The U.S. special operations mission in northwestern Syria was staged from an airbase in western Iraq, a Pentagon official told The Daily Beast. The base had for months housed U.S. troops deployed there, and had more recently become the destination for troops withdrawing from northern Syria after the Trump administration ordered a withdrawal.

U.S. Surveillance Turns Away From ISIS-and to Its Own Troops

The president said the successful mission was much more important than even the capture and killing of Osama Bin Laden. “Bin Laden was big, but this was bigger,” he boasted.

Trump described how special forces executed a “dangerous and daring night time raid” in which American military dogs chased and cornered Baghdadi in a closed tunnel where he detonated his suicide vest killing himself and three of his young children he had taken with him. Trump said he watched the entire mission, noting that “it was just like a movie.”

Others ISIS leaders killed in covert operations included spokesman Abu al-Hassan al Muhajir who was killed in a separate raid from Baghdadi, a U.S. official told The Daily Beast.

“We never stopped patrolling, we never stopped analyzing intel and developing targets, the official said, noting that U.S. operations were “just slowed down during the Turkey invasion.”

The announcement of Baghdadi’s death comes as Trump has sought to fend off scrutiny amid an impeachment inquiry over claims he withheld military aid to Ukraine in a bid to force the country to investigate his political rivals. He has also faced heavy criticism-from both Republicans and Democrats-for his decision to pull U.S. troops out of northeastern Syria, a move which sparked fears of a resurgence by ISIS and paved the way for Turkey to attack Washington’s Kurdish allies.

During his announcement, Trump went on to thank Russia, Turkey, Syria, and Iraq along with Syrian Kurds for “certain support they were able to give us.” Trump elaborated on informing Russians present in Syria. “We spoke to the Russians, we told them we were coming in. They said thank you for telling us,” he said, adding that he didn’t tell them why, only that “you are going to be very happy.”

The White House added that other countries with military forces in the region “were notified that American forces would be moving through the area.”

In an apparent slight on Democrats, Trump also suggested he withheld briefings on the raid from the senior congressional Democrats on committees involved in the impeachment inquiry, arguing that they could not be trusted to keep the information confidential.

“We notified some [and] others are being notified now as I speak,” Trump said. “Washington is a leaking machine. The only people that knew were the few people that I dealt with.”

Trump said he didn’t inform House Speaker Nancy Pelosi ahead of time. A House intelligence committee official told the Daily Beast as the President spoke, “We have not received any notification or briefing.” Adam Schiff, Trump’s foil atop the House intelligence committee, did not receive any briefing on the raid in any venue, according to the official.

The path to finding Baghdadi began over the summer after the CIA received a tip about general location in a village following the arrest and interrogation of one of Baghdadi’s wives and a courier, reported.

Intelligence officers used the tip to work with “Iraqi and Kurdish intelligence officials in Iraq and Syria to identify Mr. al-Baghdadi’s more precise whereabouts and to put spies in place to monitor his periodic movements,” the Times reported.

The president said that the operation started more than a week earlier. “We had him scoped,” he said, describing how Baghdadi changed his mind. “He tends to change on a dime,” he said, detailing how they had to cancel several missions before locking in on him.

A U.S. military source not cleared to talk to reporters told The Daily Beast the military had prepared for the Idlib raid for approximately a week. The Army special forces unit who conducted the raid were told their quarry was Baghdadi, the source said.

Vice President Mike Pence outlined more details while appearing Sunday on CBS Face the Nation. He said that Thursday afternoon, he and the president had been told there was a “high probability” that Baghdadi would be at his Idlib compound. He said Trump then directed commanders to give them options, which they did on Friday morning. He said by Saturday morning, they had received “we received the actionable intelligence” they could act on, which they did.

Around 5 p.m. Saturday in Washington eight American helicopters, primarily CH-47 Chinooks, took off from the military base near Erbil, Iraq, according to the Times.

“They were greeted with a lot of fire power,” Trump said of Baghdadi’s entourage. “Many of his people were killed. We lost nobody. Think of that. It’s incredible.”

The White House said the American casualties included a wounded American military dog and two United States military members who were “slightly wounded but have returned to duty.”

Trump said the special forces left 11 children present at the time of the raid with a caretaker and captured some of the fighters who had tried to protect the terrorist leader. He said special forces spent about two hours at the site gathering evidence and then “landed at a very friendly port in a friendly country.”

In a statement, Defense Secretary Mark Esper, call the death of Baghdadi “a great day for America and a great day for the world,” going on to say the “special operations forces and interagency partners flawlessly executed a Commander-in-Chief directed operation to capture or kill” Baghdadi.

The president also used the press conference to express disappointment with several European nations who have so far refused to repatriate ISIS fighters captured and being held in Syria. “The U.S. tax payer isn’t going to pay to look after other countries’ ISIS fighters,” he said, implying they might be freed from detention.

Trump had hinted at the news late Saturday as Twitter erupted with reports of a heavy gun battle and sounds of helicopters in an area of Idlib known to house the headquarters of militant groups.

As White House deputy press secretary Hogan Gidley announced a “major statement” to be made by Trump early Sunday, Newsweek cited a U.S. Army source saying Baghdadi had been killed in a special operations raid in Idlib approved by Trump a week earlier.

The elusive ISIS leader-wanted by U.S. coalition forces, Iran and Russia-had managed to dodge capture for years and the world only caught a glimpse of him twice since he declared ISIS a global caliphate in 2014: once in a video of his sermon from Mosul in 2014, and again earlier this year in an 18-minute video to supporters in which he portrayed the group’s mounting military defeats as a sign the world was waging war against Islam.

Baghdadi had been reported dead several times in the past only to resurface again and his whereabouts have long been unknown, though he was generally believed not to be in Idlib, a stronghold of rival jihadi groups.

– Erin Banco contributed to this story Read more at The Daily Beast. 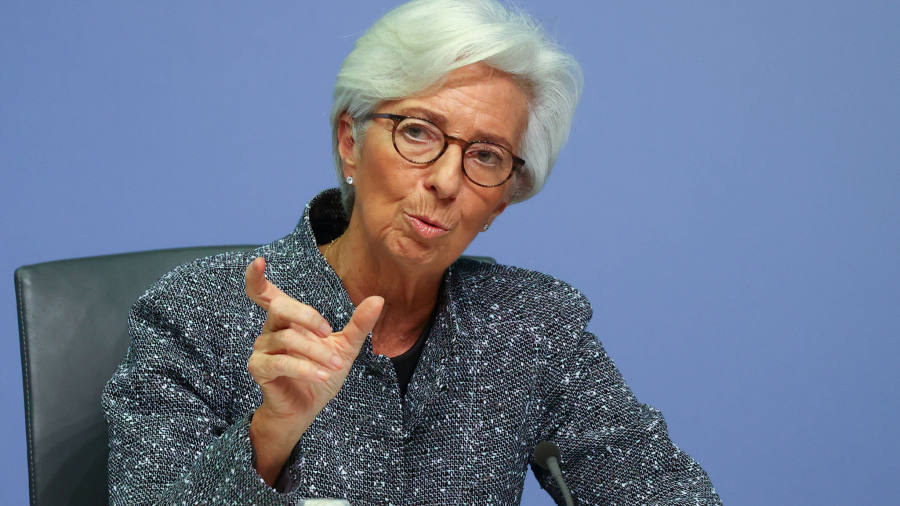 Eurozone stability is under threat again 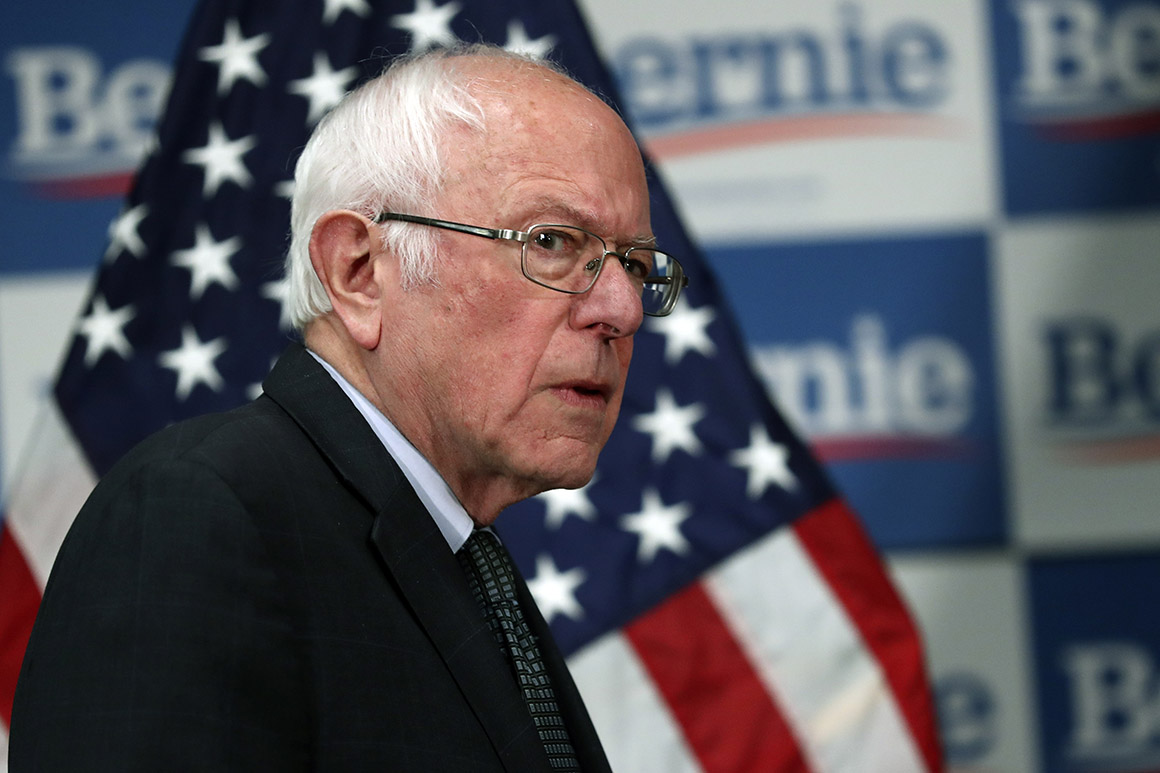