For many fans of ‘s wildly popular Youtube channel, its bustling kitchen filled with bickering and highly collaborative chefs and editors can feel like a food utopia: junk food is turned into gourmet delicacies, carbonara pasta is experimented with, and Snoop Dogg recipes are reverse-engineered via smell and taste alone. It’s great television that feels uniquely intimate, giving viewers the sense that they’re getting a glimpse of the inner workings of Bon Appétit magazine’s recipe development.But the intimacy belies turmoil that’s plagued the prestigious magazine, including allegations of racism from high-profile employees.

These criticisms, which describe a flawed institution that tokenized its biggest stars, culminated on Monday evening when Adam Rapoport resigned from his position as BA‘s Editor-in-Chief. “They all deserve better,” he wrote on Instagram. “I am deeply sorry for my failings and to the position in which I put the editors of BA.” Rapoport’s resignation came after a photo of him in brown face circulated online Monday. Food writer Tammie Teclemariam resurfaced the photograph, writing, “I do not know why Adam Rapoport simply doesn’t write about Puerto Rican food for @bonAppétit himself!!!”

Prior to Rapoport’s resignation, on Monday afternoon, over 40 Bon Appetit staffers convened in a Zoom meeting,just one of many throughout the day, during which Rapoport attempted to apologize for the photo, saying it was in bad taste. He opened up the floor for staffers to speak and Sohla El-Waylly, an assistant food editor at BA and a recent but frequent presence in the brand’s videos, called explicitly for Rapoport to resign.

“I was just really angry because I was like I thought the point of the Zoom was that he was going to resign,” El-Waylly tells Jezebel. “I know that Adam is the head, but it’s everybody’s problem.”

Techlemariam’s tweet was, in part, in response to Puerto Rican food columnist Illyanna Maisonet’s publicization of a series of messages she exchanged with Rapoport criticizing BA for its Eurocentric recipes, after trying to pitch a story on Afro-Boricuas and rice fritters. “What’s accessible = what’s comfortable,” Maisonet wrote, as Rapoport seemed to dodge her criticisms of BA ‘s food content while giving advice on how to better freelance pieces for the publication.

The photo and DMs with Maisonet underscored a problem with BA’s increasingly popular Youtube channel which the brand has failed to rectify for years now: the whiteness of its staff and on-camera personalities, a longtime problem that has become viscerally apparent as its video following has grown.And as the photo of Rapoport began to go viral on Monday, former and current staffers of color began sharing their experiences at BA on social media.

“I left BA for multiple reasons, but one of the main reasons was that white leadership refused to make changes that my BIPOC coworkers and I constantly pushed for,” Alex Lau, a former staff photographer, Twitter in a thread about the magazine’s failure to include food voices beyond white and Asian chefs. “My whole point for being at this brand has been to uplift and celebrate the work of BIPOC and Queer folx,” Jesse Sparks, an editorial assistant, . “I’ve put up with a lot of shit because it was more important to me that I could help other people get the recognition they deserved.”

The Monday meeting was the first time that the BA staff had gathered together since New York City shut down amid the coronavirus pandemic. A senior staffer at the magazine told Jezebel that in recent weeks, everyone has been on their own “island,” many “fighting for their lives” to keep up with the workload. One staffer said that BA, regardless of the on-screen camaraderie, is a deeply divided workplace. Others echoed that sentiment. By the very nature of their already confusing contracts with Condé Nast, which divides employees into two separate but interacting arms of the company, some work for BA‘s editorial wing while others work for Condé Nast Entertainment (CNE). That division is important to understanding the pay disparities among BA ‘s onscreen talent.

In an Instagram story, El-Waylly reiterated her call for Rapoport to resign and also shared her salary for her work at BA, both on and offscreen. As an assistant editor, El-Waylly said she made only $50,000 in a position and salary that doesn’t reflect her 15 years of professional experience, which includes working at Serious Eats and as a founder of the critically celebrated restaurant Hail Mary.She added that she’s never been compensated for her work on video. El-Waylly says that even though she has shot two pilots with BA (one for a new series in which three chefs classic recipes, the other she describes as “kind of like a Gourmet Makes but more experimental” that has not been released), she says she was only offered a CNE contract after her Instagram story went up.

In an email to Jezebel, a representative for CNE wrote that “just like any industry it is not a one size fits all system. The reason that employees have different agreements with the company is because they hold different roles – some are primarily focused on video, others are primarily focused on edit. To try and create one template given the range of duties would not benefit them.”

It wasn’t always the plan for El-Waylly to be included as a visible presence in the BA universe, but after she started working at BA she says she was “disturbed by the fact that they immediately kept telling me to be behind the cameras.” Hired to be an assistant food editor, “the lowest tier in the food department” she says, her job was to cross-test other editors’ recipes across the magazine’s verticals. But about three weeks into the job, she said she was asked to perform duties not listed in her job description without additional compensation.

El-Waylly told Jezebel she was asked to work on a Juneteenth story for the magazine’s recent June issue, featuring three black chefs from Philadelphia. “They were really suspicious about working with Bon Appétit [which] hasn’t really represented black people very well, so they wanted all-black staff on the story,” she says. “They don’t have any black editors. There are two assistants, and then there was me, so because I was the darkest person in the room they sent me to Philadelphia to work on the story.”

El-Waylly says she found herself being increasingly being used as “a prop.” “Every time there was a shoot, anytime there were photo shoots, they wanted me in the background,” she adds.

For all the success of BA’s videos, the reliance on streaming numbers can keep the brand from showcasing a wide range of recipes. “It’s really hard to sell them on presenting diverse cuisine because they don’t believe that we’ll have the numbers or presenting things in like a responsible way,” she says. Condé Nast confirmed to Jezebel that “content, not who is in it, is prioritized on the [YouTube] channel based on performance metrics like audience engagement.”

El-Waylly says editors have “a damned if you do, damned if you don’t” attitude towards diverse recipes. “If there [are] enough black and brown people in the room then everyone can do everything,” El-Waylly says. But there’s a sizable barrier to entry at BA and Conde Nast at large and for writers of color in particular. “They’re looking for a lot of people with [an] Ivy League education and a lot of people of color and black people don’t have that because Ivy League educations are really just like an indication of class more than anything else,” El-Waylly says.

“I’ve been working in media and publishing for 15 years now since I was in my first internships in college and I’ve experienced the same thing in different publications each time,” says Joseph Hernandez, research director at BA. “[There is] the invisible labor of black people and people of color to educate their colleagues, the invisible labor and emotional labor of fighting against being gaslit.”

It’s a leveled regularly against BA, echoing broader concerns about the media’s power to dilute specificity and context, especially in food writing. After all, Condé Nast is the ivory tower of the media world, the glistening specter of One World Trade Center casting a long shadow over the landscape. It has a reputation that goes unspoken, implicit to the idea of what it means to be a Condé Nast employee: white, affluent, and exclusionary.

A small group of senior staffers and people of color working inside BA are currently working on a draft of demands requiring more transparency and compensation for employees of color at the company. Several of El-Waylly’s colleagues, including Molly Baz, Brad Leone, and Alex Delaney among others have posted that they will not appear in any new video content until their colleagues of color are compensated fairly and equally. When asked to comment on how BA is moving forward with shooting video in light of staffers refusing to appear until staffers of color are compensated for their work, a Condé Nast representative said that “it’s simply not true to say that any employee is not paid for their work.”

In a staff meeting Tuesday morning, Daily Beast reporter Max Tani that Condé Nast CEO Roger Lynch had promised to “[accelerate] our first ever diversity and inclusion report to be published later this summer.” But the senior staffer who spoke with Jezebel says there were already “diversity and inclusion” initiatives happening behind the scenes.

“I thought about this a lot. I know if I just stay quiet in a year I’ll probably get a really lucrative CNE contract, but it’s bullshit,” El-Waylly says. “All of the people of color should get paid like the white people.”

From ‘Feminazis’ to ‘Fucking Bitches’: The Sexist ‘Humor’ That Built the Conservative War Room 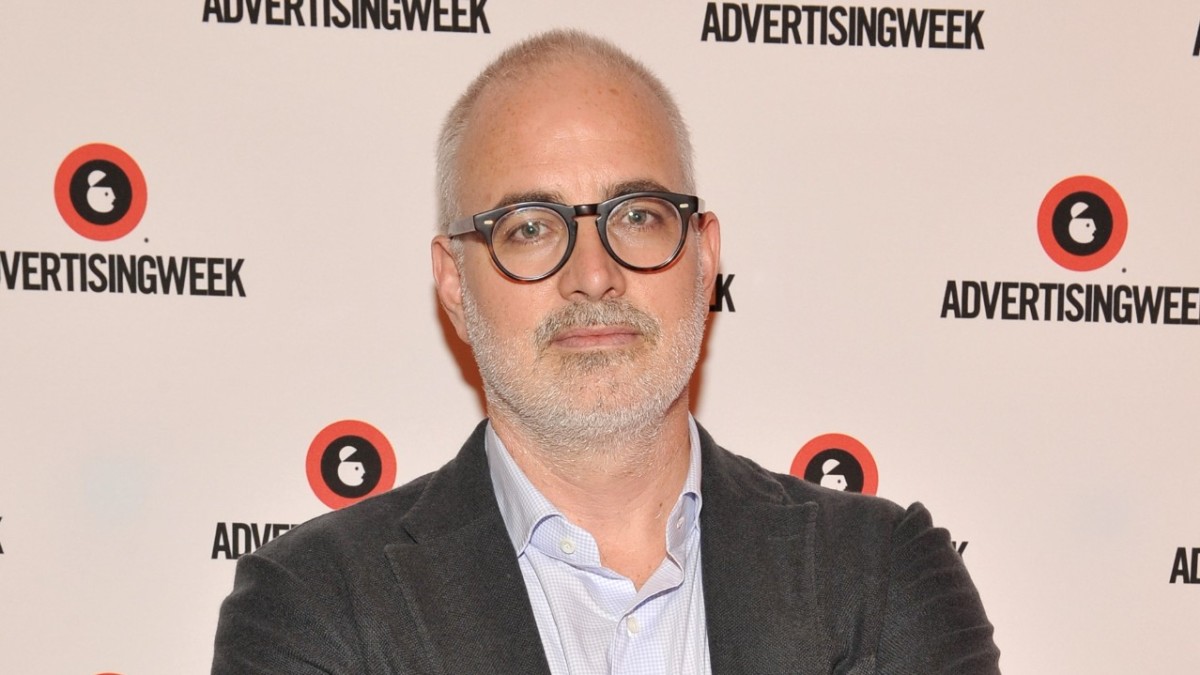 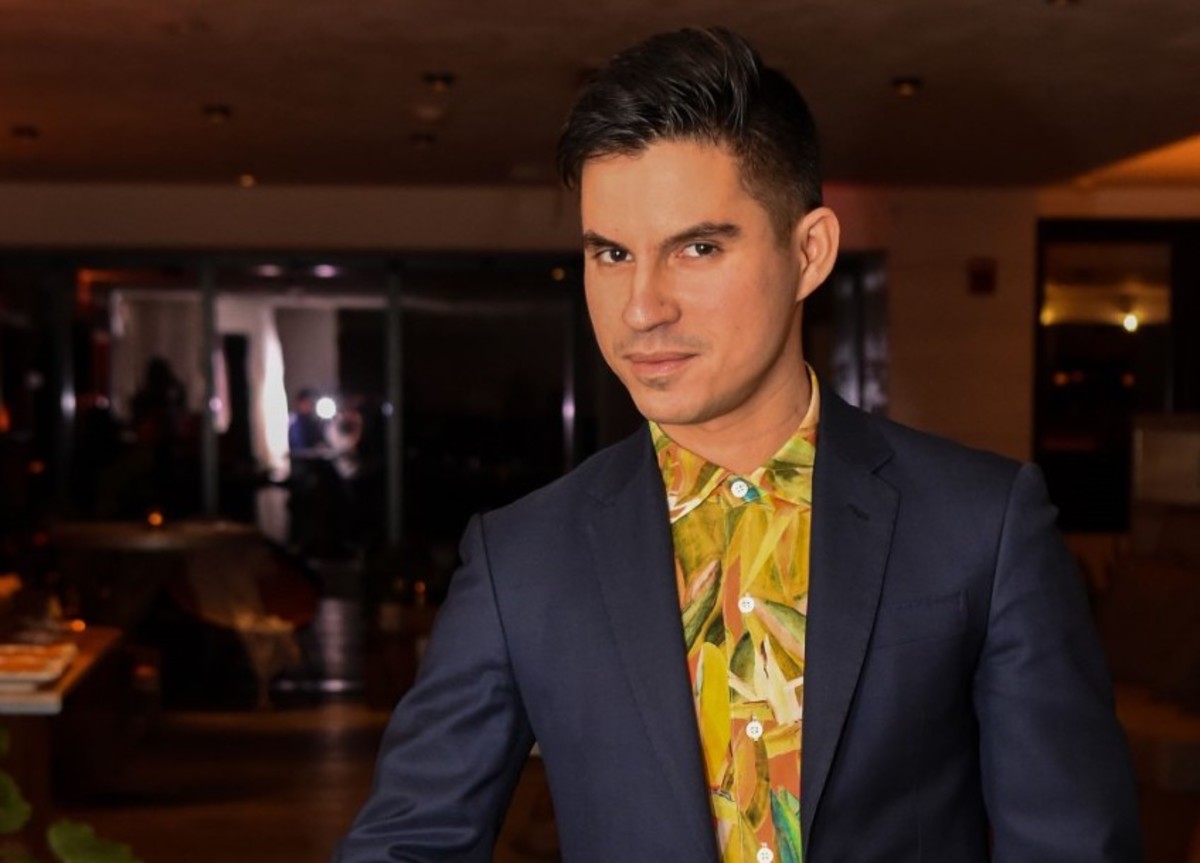