Three recent incidents involving U.S. tourists are putting the Dominican Republic in the headlines – and if social media is any indication, they’re causing other Americans to reconsider plans to visit the Caribbean nation.

Five days before a Maryland couple vacationing in the Dominican Republic was found dead in their hotel room, a woman from Pennsylvania died at the same hotel chain.

Miranda Schaup-Werner, who was celebrating her ninth wedding anniversary with husband Dan Werner, collapsed on May 25 after consuming a drink from the minibar at the uxury Bahia Principe Bouganville, according to Fox News and Pennsylvania TV station WFMZ. The U.S. State Department confirmed her death to USA TODAY.

Less than a week later, Edward Nathaniel Holmes and Cynthia Ann Day were found unresponsive in their room by staff at the Grand Bahia Principe Hotel in La Romana after they didn’t check out at the expected time May 30.

On Sunday, the Dominican National Institute of Forensic Sciences announced that it had completed autopsies on Holmes and Day, telling CNN that Holmes, 63, and Day, 49, died of respiratory failure and pulmonary edema, a buildup of fluid in the lungs. The Dominican Republic National Police also told CNN that officers found blood-pressure medication in the couple’s room.

“Both died of natural causes at the same time?!? Something is not right – their family deserves answers,” @WritinginMC opined.

“They found another black couple dead in their resort in Dominican Republic.*scratches DR off my to travel list*,” tweeted @IndiaAlmighty.

The tweet was in reference to the deaths of Orlando Moore and Portia Ravenelle, a New York couple that went missing in late April. It was later determined that they died when their rental car plunged into the Caribbean Sea on their way back to the airport. As of April 14, an official cause of death had not been determined.

The news of the Maryland couple’s deaths came just two days after Tammy Lawrence-Daley of Wilmington, Delaware, said she had been nearly beaten to death in January while taking pictures during her second night at Punta Cana’s Majestic Elegance Resort by an attacker wearing a hotel uniform who dragged her to a basement maintenance room.

In a Facebook post that has since gone viral, she said she wasn’t found for another eight hours, despite her husband and friends’ repeated pleas to the staff for help. When they did manage to locate her, she had injuries serious enough to keep her in the hospital for five days.

The U.S. embassy in the capital city of Santo Domingo, which has been dealing directly with those cases, did not immediately respond to USA TODAY’s request for comment.

Dominican Republic a 2 out of 4 on threat scale

The U.S. State Department currently rates the Dominican Republic, which shares a border with Haiti, as a level 2 (“exercise increased caution”) out of 4 on its Travel Advisory alert system. Visitors to countries rated as 1 should “exercise normal precautions” while Americans are urged not to travel to countries rated as 4.

The Dominican Republic has held a “2” rating since the Travel Advisory system went into effect in 2018. It is unclear whether the two most recent incidents will result in the State Department raising the threat level to 3 (“Reconsider travel”).

The most recent travel advisory, issued on April 15, noted, “Violent crime, including armed robbery, homicide and sexual assault is a concern throughout the Dominican Republic.” It added, “The wide availability of weapons, the use and trade of illicit drugs, and a weak criminal justice system contribute to the high level of criminality on the broader scale.”

According to the Overseas Security Advisory Council, which monitors threats against U.S. diplomats and business interests in other countries, crime in Santo Domingo is of particular concern and the number of incidents – primarily armed robbery – rise during the holiday season (November to January) and Carnival in February.

“The development of a professional tourist police corps, institution of a 911 system in many parts of the country, and a concentration of resources in resort areas means these tend to be better policed than urban areas like Santo Domingo, ” the State Department’s travel advisory said.Still, several Twitter users expressed concern about traveling to the country as a whole.

@SantisiCarmela wrote, “The people that went and had a great time GOOD For you but these people lost their life’s as have others and have been robbed there’s a reason it’s so cheap to go there I pray everyone gets to finally tell their stories about the DR.”

“I will NEVER GO TO THESE CORRUPT COUNTRIES on vacation!!” vowed @lmd613.

Crime isn’t the only concern: the Dominican Republic ranked fifth worst in the world in road deaths per capita in 2016, according to the World Health Organization’s Global Status report last year. The State Department warns Americans traveling there not to drive if they can avoid it, particularly when it’s dark.

‘It looks like paradise, but it’s really an illusion ‘

“I remember that last breath and thinking that – you know – nobody’s going to find me,” Lawrence-Daley recalled while discussing the January assault in an interview with USA TODAY. She said her attacker had dragged her into a basement maintenance room where he “wrapped his hands around my neck and started strangling me.”

But before she lost consciousness, she noticed that her assailant was “wearing a Majestic Elegance Resort logo on his uniform.”

She told USA TODAY that he “disposed of her body” in a crawlspace, where she was later found by resort employees who heard her screaming for help.

But Lawrence-Daley says the chances of justice or repercussions happening fade with each passing day.

Despite her testifying in court before flying home, the three-month investigation into her assault stalled, and she said she hasn’t even received a copy of the police report.

In her Facebook post, Lawrence-Daley said she’s been also been unable to obtain a settlement from the Majestic Elegance Resort, whose insurance company said they were not at fault since she could not identify her attacker. Unless she hires a local attorney, she runs out of legal options in late July.

Choking up, she told USA TODAY, “Every day I look in the mirror and I have to take a minute to recognize that the person in the mirror is still me.”

Although she said that her assailant did not rob her, he took something else.

“I always had a big, bright smile, and he stole that from me,” she lamented.

Lawrence-Daley said she went public because she wanted to warn other tourists – especially women – of the dangers they may face on the Caribbean island.

“We’re in these areas where it looks like paradise, but it’s really an illusion. You can’t let your guard down. You have to be aware.”

Col. Frank Durán, a spokesman for the Dominican National Police said that officers promptly investigated her case, visiting her in the hospital to get testimony and collecting physical evidence from the resort.

“There is a lot of conjecture about the case, a lot of information that doesn’t match some of the statements,” he told the Associated Press Friday. “We have to wait for the investigation to end.”

At a bare minimum, Lawrence-Daley said she hopes that her story results in security upgrades, telling AP, “If they install cameras, that’s at least one step closer to really helping people.” 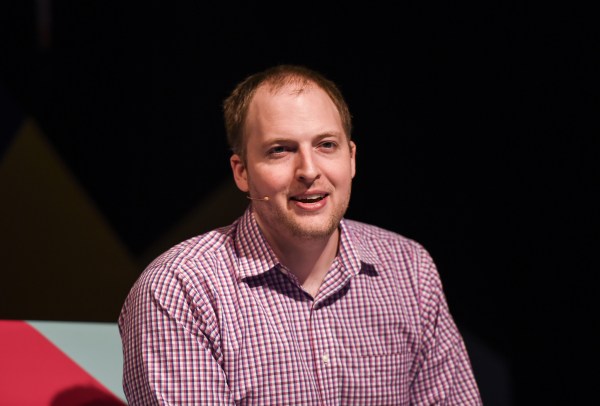