The banks are coming.

Results rolled out from Goldman and others Tuesday, as earnings season arrives just in time to distract us from the trade-talk merry-go-round. Some upbeat results have helped boost Wall Street as trading kicks off, with the Dow , S&P 500 and the Nasdaq Composite in the green.

Investors are juggling lots of worries – trade tussles, recession threats, both for the economy and earnings, as well a looming U.S. presidential election. And then there’s the chance it will all turn out A-OK.

Our call of the day, from John Linehan, portfolio manager for T. Rowe Price’s Equity Income Fund, says if investors want some protection from all that could go right or wrong, they need to balance their investment strategies.

Investors need to be “opportunists” – pick stocks that offer upside opportunity if the economy avoids a downturn, but some downside protection if it doesn’t, he says. With that, he offers up three stock ideas, starting with Wells Fargo .

“What we’re trying to do is find a significant asymmetry where there’s a lot more upside than downside and Wells [Fargo] would be an example of that,” he said. The bank, which also reports Tuesday, has a strong balance sheet with excess capital that can be used for shareholder buybacks and trades at a discount to regional banks.

Next is France’s Total . Among the big energy companies in this space, Linehan says it has one of the best balance sheets and management teams, and least demanding valuation.

Fox Corp. , owner of Fox News and Fox Sports channels, is his third pick. While the media group has some exposure to the economy, it would probably weather any storm, he says. (Note: Fox Corp. and MarketWatch parent News Corp. share common ownership.)

An unresolved U.S-China trade dispute is the “new normal,” says 43% of investors surveyed by Bank of America Merrill Lynch’s latest monthly fund manager survey. And that’s our chart of the day:

Read: 5 big U.S. companies most to blame for the earnings recession

Social media app TikTok has reportedly moved into Facebook’s backyard, by poaching some of its workers. No comment, says Facebook.

69% – That’s how much annual pork prices spiked in China last month, driving consumer inflation to a near six-year high.

I just lost my wallet on the way home from work. I didn’t have much identifying info in there so a good Samaritan got in touch with my via my… bank account 🤯

4x transfers of £0.01 each with a reference up to 18 chars pic.twitter.com/RVK8I1ZctQ

Millennials to the rescue…of a coming U.S. social security crisis 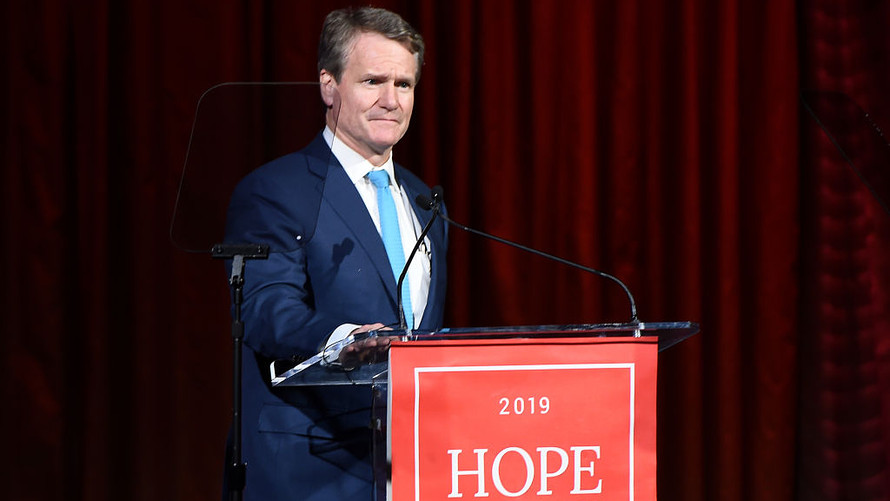