In November, the Russian cosmonaut Anton Shkaplerov gave an interview about an experiment that involved leaving microorganisms on the exterior of the International Space Station and periodically checking on them to see how they survived. “And now it turns out that somehow these swabs reveal bacteria that were absent during the launch of the ISS module,” he said. “That is, they have come from outer space and settled along the external surface.” News organizations took this and reported that-OMG-the Russians had discovered alien life sticking to the outside of the International Space Station. Others wrote stories debunking this -but not before the news had spread across the vastness of the internet.

As news coverage of Scott and his DNA reached a fever pitch Thursday, some wondered whether NASA should have waited to release results, even preliminary ones, from the study until after their paper came out, in order to reduce the risk of confusion. “It would have been better if we could have had the paper out sooner, but we’re just trying to be very careful about this,” Bailey says, about interpreting the results. “And this is a good example of why we’re being very careful. … We really do have some very definitive results coming out. Just wait for the paper.”

The release of preliminary results is also risky because scientists are far from making any definitive claims about how spaceflight affects human genes, as exciting as the investigation is. “What an incredible natural experiment to be able to study the effects of space on the human body. There’s a reason why twin studies are one foundational pillar of human genetics,” Gunter says. But, she adds, “we also need to acknowledge that we aren’t measuring ‘space versus Earth’-we are measuring a host of environmental components.”

The study’s investigators pretty much went in and measured everything they could find. In this kind of study, determining which factors led to which effects is nearly impossible. Nor can any results be extrapolated to astronauts or the general population. “The perfect nature-versus-nurture study would be many, many twins and many, many missions, and the challenge is we’ll probably never get that,” Mason says.

The twins study isn’t perfect, but it’s certainly a start. “One of the things I’m seeing on Twitter is that it’s an n=1 experiment, but this is kind of the reality of it,” says John Greally, the director of the Center for Epigenomics at Albert Einstein College of Medicine. “We can only do experiments on very small numbers of space travelers.”

And it’s certainly better to use twins. “If you took yourself and myself and we didn’t go to space, and you took exactly the same cells from the two of us, there would be big differences in things like DNA methylation and gene expression, which are due to our being genetically different,” Greally says. “[Mason] has been able to get rid of that one problem by using the identical Kelly twins.” 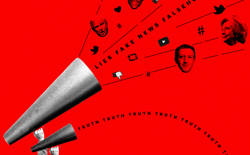 By Friday morning, most of the news stories about Scott Kelly’s DNA had been updated, their headlines tweaked and claims corrected. The storm has passed. But for a brief moment in time, many people out there, including Scott himself, believed that an American astronaut returned from a year in space with his genetic code completely transformed. It was, technically, fake news. But it was an honest mistake, not a devious campaign of misinformation.

“The way that people have run with this and overinterpreted is human nature. You don’t need to talk to a genomics person to get feedback on that,” Greally says. “But I love the fact that people care. It would be so much worse if they didn’t.”