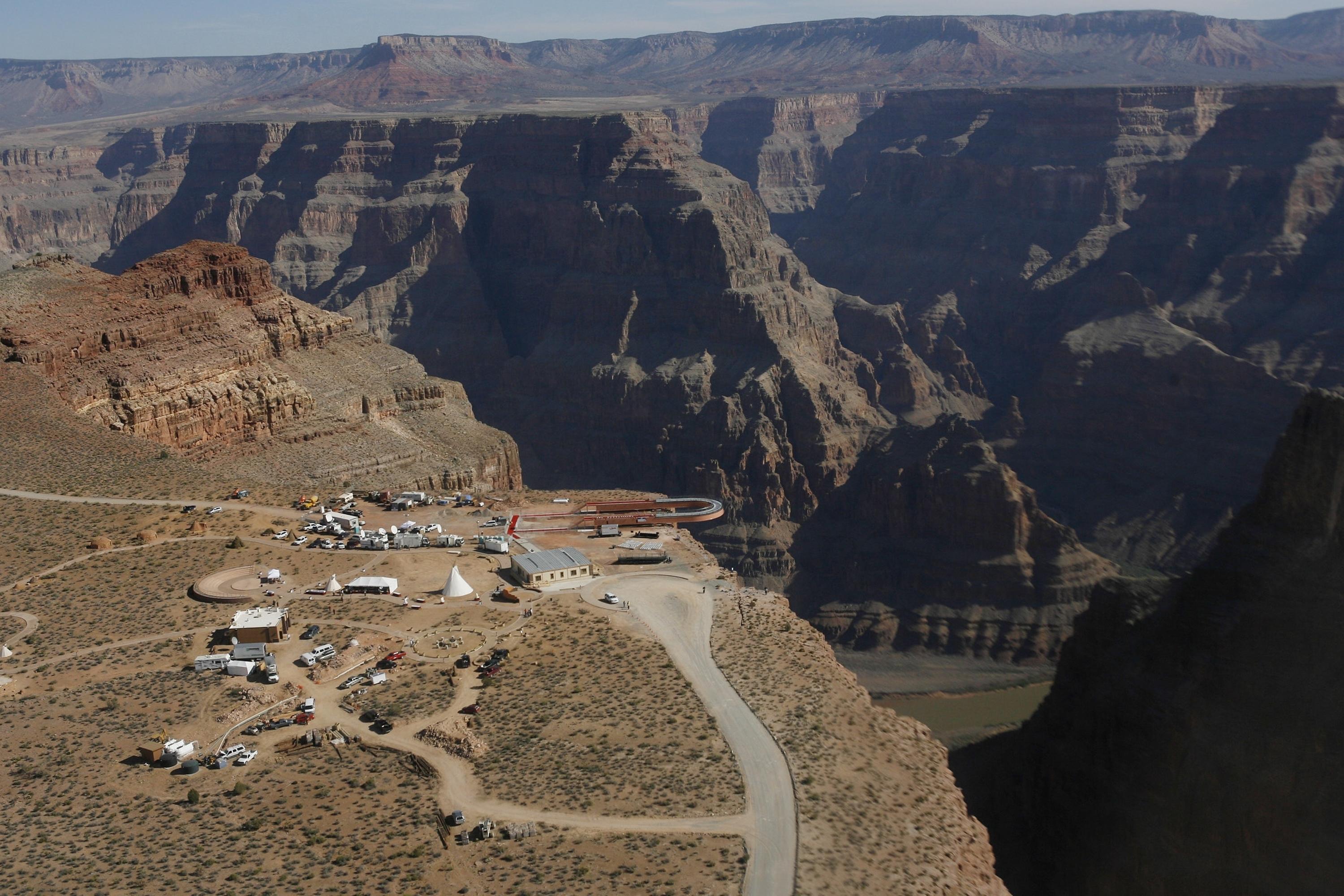 Grand Canyon West, Ariz. — Two people have died at the Grand Canyon in separate incidents this week, including a man who stumbled over the edge of the rim while trying to take pictures, officials said.

A helicopter lifted the body of the Hong Kong man from 1,000 feet below the rim of the Eagle Point observation area Thursday afternoon at Grand Canyon West, a popular tourist destination on the Hualapai reservation outside the boundaries of the national park, spokesman David Leibowitz said. His identity hasn’t been released.

When the fall happened Thursday, there were few visitors at Eagle Point, a remote site best known for the Skywalk, a horse-shoe shaped glass bridge that juts out from the canyon wall, Leibowitz said. The rim has some ledges and outcroppings below but no barrier between tourists and the edge.

The man, who was in his 50s, was taking photos when he stumbled and fell, Leibowitz said. Signs at Eagle Point warn tourists not to get too close to the edge.

The area closed for the day after the incident, Leibowitz said. He extended the tribe’s prayers to the man’s family.

Leibowitz stressed to CBS News that the man didn’t fall from the Skywalk.

The Hualapai reservation includes a roughly 100-mile stretch of the Grand Canyon at its western edge.

Meanwhile, authorities at Grand Canyon National Park – about 95 miles east – were working to identify a person believed to be a foreign national. A body was found Tuesday evening in a wooded area south of Grand Canyon Village away from the rim, the park said.

The person’s relatives haven’t been notified, and the cause of death is unclear, park spokeswoman Vanessa Ceja-Cervantes said. The National Park Service and the local medical examiner’s office are investigating.