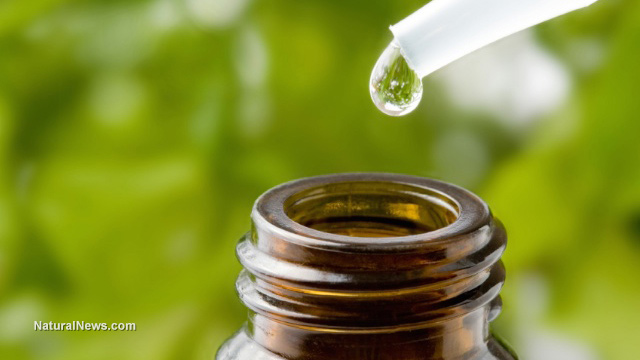 (NaturalNews) Frankincense is a powerful medicinal oil that can not only boost the immune system but also kill cancer cells, a number of studies have shown.

One of the most significant recent studies was conducted by researchers from the University of Leicester, England, in 2013. The researchers found that the naturally occurring frankincense compound acetyl-11-keto-beta-boswellic acid (AKBA) targeted and destroyed ovarian cancer cells. The findings were particularly significant because they showed that AKBA had this effect even in late-stage ovarian cancer patients, not just in laboratory trials performed on isolated cells.

“Frankincense is taken by many people with no known side effects,” lead researcher Kamla Al-Salmani said. This finding has enormous potential to be taken to a clinical trial in the future and developed into an additional treatment for ovarian cancer.”

The Leicester findings build on a large and still growing body of evidence that frankincense and its compounds have powerful immune-boosting and cancer-fighting benefits.

A study published in BMC Complementary and Alternative Medicine in 2009, for example, found that the herbal form of frankincense triggered death in bladder cancer cells by activating several different cellular pathways. Another study, conducted by researchers from Nihon University in Tokyo and published in Biological and Pharmaceutical Bulletin, showed that several chemical components of frankincense were able to kill three separate human neuroblastoma cell lines. The same study also found that frankincense inhibited the growth of Epstein-Barr virus.

Neuroblastoma is a type of cancer that forms in nerve cells and primarily affects young children. Other studies have shown that frankincense and its components can kill cancers of the brain, breast, colon, pancreas, prostate and stomach.

Frankincense may also help mitigate the often-debilitating side effects of cancer treatment. One study, published in the journal Cancer in 2011, was performed on brain cancer patients experiencing cerebral edema (swelling) as a side effect of radiation therapy. The researchers found that 60 percent of participants given frankincense experienced a 75 percent reduction in cerebral swelling, a potent enough result for the authors to recommend frankincense as a potential alternative to steroids, the current favored treatment. Side effects of steroids can include headaches, blurred vision and migraines.

Frankincense’s cancer-fighting benefits seem to come, in part, from its potent effects on the immune system. One study, conducted by researchers from Baylor University Medical Center, found that acts upon the expression of genes that help regulate the immune system, leading to cancer cell death. Another study, published in Phytotherapy Research, found that mice given frankincense exhibited increases in several key markers of immune function, primarily levels of white blood cells (lymphocytes) and anti-inflammatory activity.

Numerous studies have confirmed frankincense as a powerful anti-inflammatory. This, along with its other immune-boosting properties, may in part explain its usefulness in fighting infection and in treating autoimmune conditions such as asthma, rheumatoid arthritis and inflammatory bowel disease (IBD).

Frankincense can also be used to heal skin, including from acne and scarring, and can reduce anxiety levels.

If you wish to incorporate frankincense as a regular natural health booster, it can be taken as an undiluted essential oil on the skin or as a few drops under the tongue. It can also be diffused and breathed in for respiratory conditions. Frankincense can also be purchased and consumed in powdered capsule form.

There are numerous species of frankincense, including Boswellia carteri, B. serrata and B. sacra. All three of these species have shown powerful anti-cancer effects in scientific tests.

B. carteri, native to east Africa, has been the species most heavily studied. B. sacra, also known as “sacred frankincense,” was until recently restricted to use by the Saudi royal household, and could only be purchased in Oman. Recently, however, a distillery opened up in Oman to produce essential oil of B. sacra for public sale.