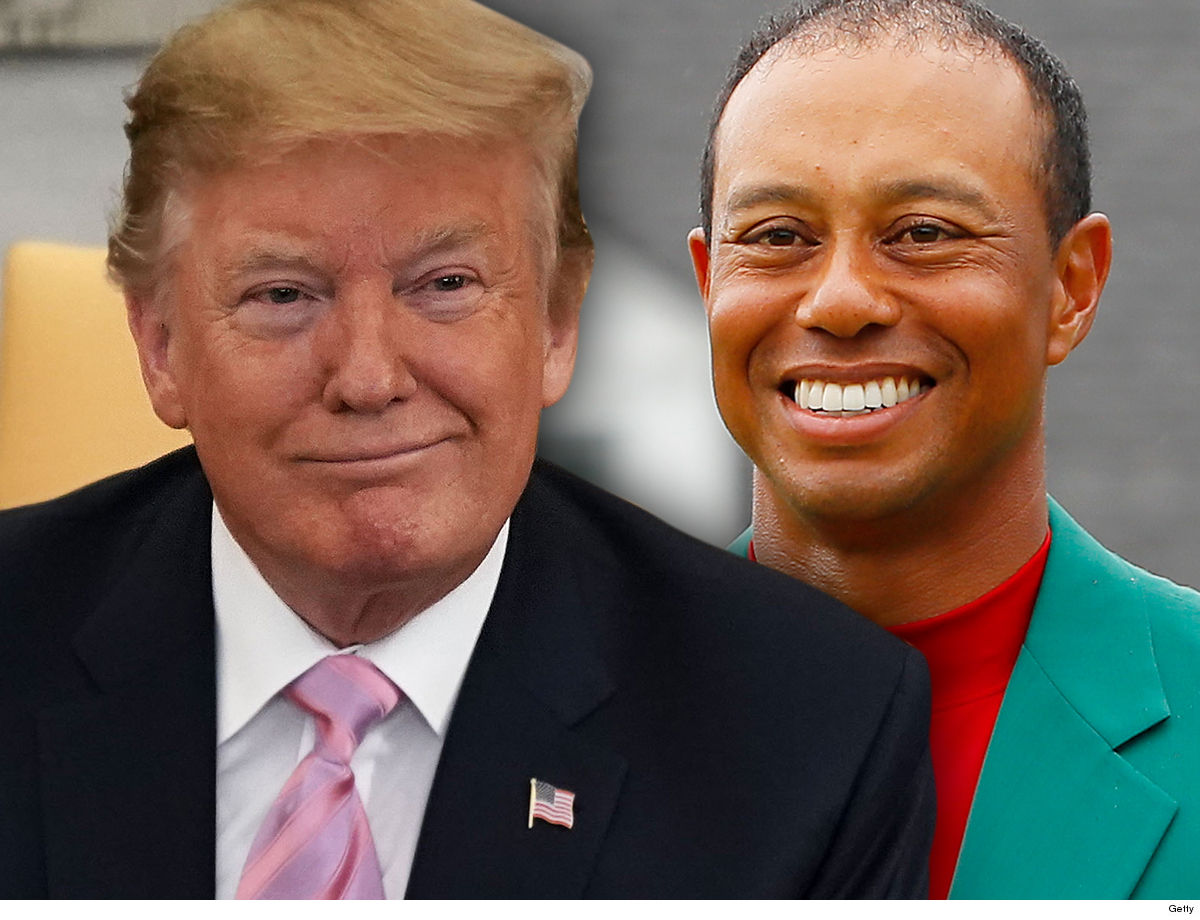 President Donald Trump was so impressed with Tiger Woods amazing performance at The Masters — he’s giving the golfer the Presidential Medal of Freedom.

The Medal is the highest award that can be awarded to a civilian in the United States and has previous recipients include Michael Jordan, Kareem Abdul-Jabbar, Pope John Paul II, Bob Hope and more.

According to the White House, the Medal “recognizes those individuals who have made ‘an especially meritorious contribution to the security or national interests of the United States, world peace, cultural or other significant public or private endeavors.'”

In his announcement (read: tweet), Trump said, “Spoke to @TigerWoods to congratulate him on the great victory he had in yesterday’s @TheMasters, & to inform him that because of his incredible Success & Comeback in Sports (Golf) and, more importantly, LIFE, I will be presenting him with the PRESIDENTIAL MEDAL OF FREEDOM!”

Trump and Tiger have been friends for years — Tiger recently golfed with the President back in February at Trump National Golf Club in Jupiter, Florida.

Of course, Tiger’s victory wasn’t just impressive on its own — but is being hailed as one of the greatest professional comebacks in all of pro sports considering he hadn’t won a Major in over 10 years.