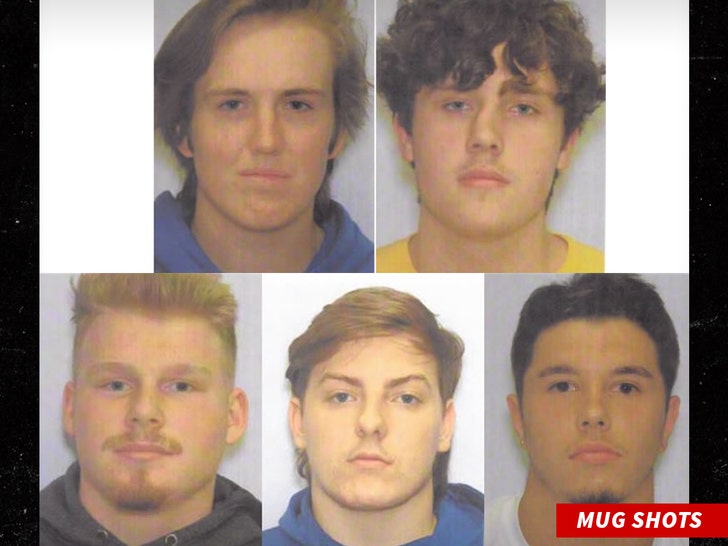 Disturbing scene in Maryland over the weekend … some scumbags vandalized a high school football field with racist language — and now, cops say they’re on the hunt for the culprits.

The graffiti was sprayed near the 50-yard line at Calvert High School’s football stadium in Prince Frederick, MD. … with the several racist messages including, “F**k n*****s.”

Community leaders said in a Facebook post a 15-year-old Black student discovered the vandalism early Sunday morning … and believe it “may possibly be a response to a picture” of the school’s football coach supporting the H.S.’s new Black principal.

Lets welcome our new principal, Darrel Prioleau! He is ready for the launch of this school year and the eventual start to Calvert sports!!! #1Heart1Beat1Soul #UncommonGreatness #THEcalverthigh pic.twitter.com/5e6T1I5Xxh

Cops say they believe the vandalism was done sometime Saturday night … with school officials adding other parts of the campus were also broken into and tagged as part of the same incident.

After the graffiti was cleared up, the school spelled out a different message on the field — “No Hate Here.” 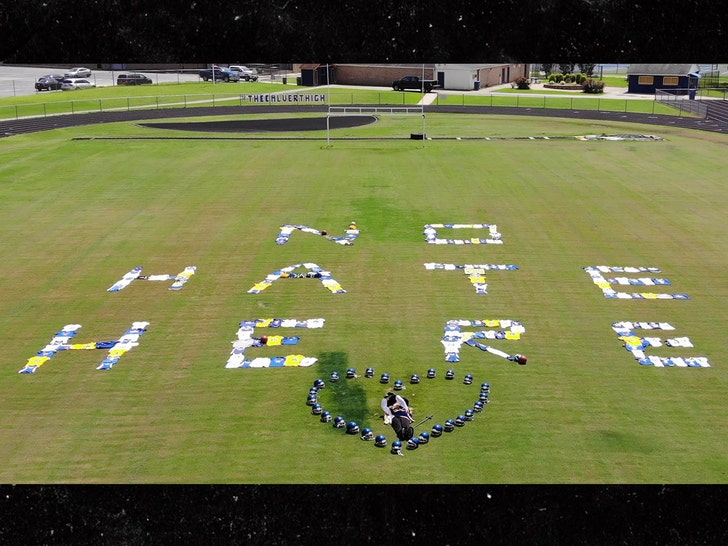 “We are sad and angry that these racist messages occurred on school grounds,” superintendent Dr. Daniel D. Curry said in a statement. “This racist language hurts the school system and the Calvert County community.”

Both cops and school officials say they have no leads on suspects at this time … with a school spokesperson telling TMZ Sports there are no cameras that overlook the football field.