As we start to enter the dog days of summer, Chrissy Teigen has a sweet idea for cooling off: homemade snow cones!

“Works so well, way better than any of the other ones (I’ve tried a bunch) – uses regular cubes instead of special blocks you gotta freeze and wait forever for,” she wrote. “Not a cuisinart ad. Just very happy!!”

Last week, Teigen told PEOPLE that she bought the retro-style machine for Luna from Amazon ( because who doesn’t love free two-day shipping?).

“Oh, I buy from Amazon like a few times a day,” said the wife to singer John Legend, before going into detail about her big plans to use her latest purchase.

“John has a concert on Saturday, so I plan on plugging it in at the Hollywood Bowl and making snow cones for everybody around us,” the mom of two explained at the time. “I’ve bought the little cones, I’ll bottle the syrup, everything.”

While there’s no word on whether Teigen ended up passing out homemade snow cones to her fellow concertgoers, this appliance is destined for more summertime fun. As Luna expertly shows us, operating the Cuisinart machine is simple – just add ice cubes, flip it on with a switch, and it quickly shaves enough ice for four to five cones in under a minute. Plus a variety of safety features make this model especially kid-friendly.

In fact, the machine is already a crowd-favorite on Amazon, where it’s raked up dozens of five-star reviews. Buyers rave about how finely the blades shave the ice, as well as how easy the machine is to use.

“Bought this for our Fourth of July party and it worked great,” one reviewer says. “Kids from 4 years old (with assistance) to 16 years old used it on and off for 4 hours. It held up great and after wiping it down, looks brand new again. I paid more hoping for good quality and it is worth the money. I will be using it for many more pool parties!”

“I’ve been using this on a daily basis to make snow cones for my grandchildren and diet soda slushees for myself,” adds another reviewer. “I am 1,000% satisfied with my purchase!”

Want to keep cool this summer like Chrissy and Luna? Head to Amazon to grab a snow cone maker of your own. 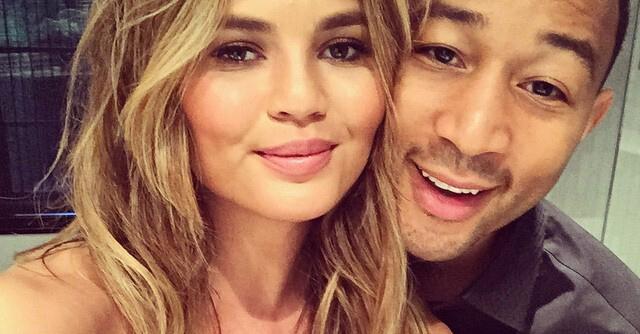 Mysterious Chinese Seed Packets Are Showing Up All Over The US, Here’s Why