The trade war is continuing to take its toll on the Chinese economy, as data released on Monday shows that both exports and imports took a hit in September.

Exports dropped 3.2% year on year, while imports also fell sharply by 8.5%, Chinese data show. According to Capital Economics, a Bloomberg survey of analysts expected a 2.8% fall in exports and 6% drop in imports.

The fall marks another month in which external trade has fallen in China, as in August exports fell 1% and imports 5.6%.

On Friday, China and the US agreed to a partial trade deal which included a pact for China to buy more American agricultural goods, while Trump agreed to scrap the tariff hikes that were meant to go in place Tuesday.

“My deal with China is that they will IMMEDIATELY start buying very large quantities of our Agricultural Product, not wait until the deal is signed over the next 3 or 4 weeks,” Trump tweeted on Sunday evening. “THEY HAVE ALREADY STARTED! Likewise financial services and other deal aspects, start preparing.”

“I agreed not to increase Tariffs from 25% to 30% on October 15th. They will remain at 25%. The relationship with China is very good. We will finish out the large Phase One part of the deal, then head directly into Phase Two. The Phase One Deal can be finalized & signed soon!” the president added.

However, Goldman Sachs’ economists expect tariffs to go on as planned in coming months.

“Exports momentum has been weak in recent months, which surprised the market to the downside (particularly in August) and dragged down overall growth,” Goldman economists said in a note after the China data.

“Although there have been some positive developments recently in trade talks between the US and China, our US economics team still thinks it is more likely than not that the 15% tariff round scheduled for December 15 takes place, albeit probably with some delay until early 2020,” said Zhennan Li, China economist Goldman Sachs, in a note.

Capital Economics also highlighted that exports and imports to America has seen major declines, while the rest of the has world held steady. Though if China does increase its agricultural exports from the US, this will likely change in the coming months. 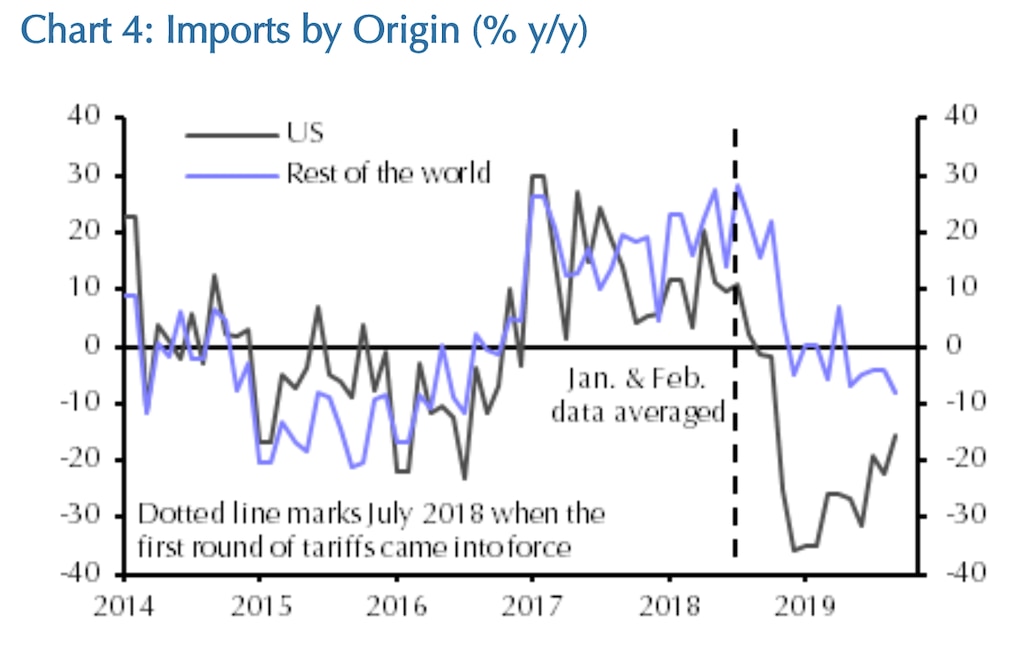 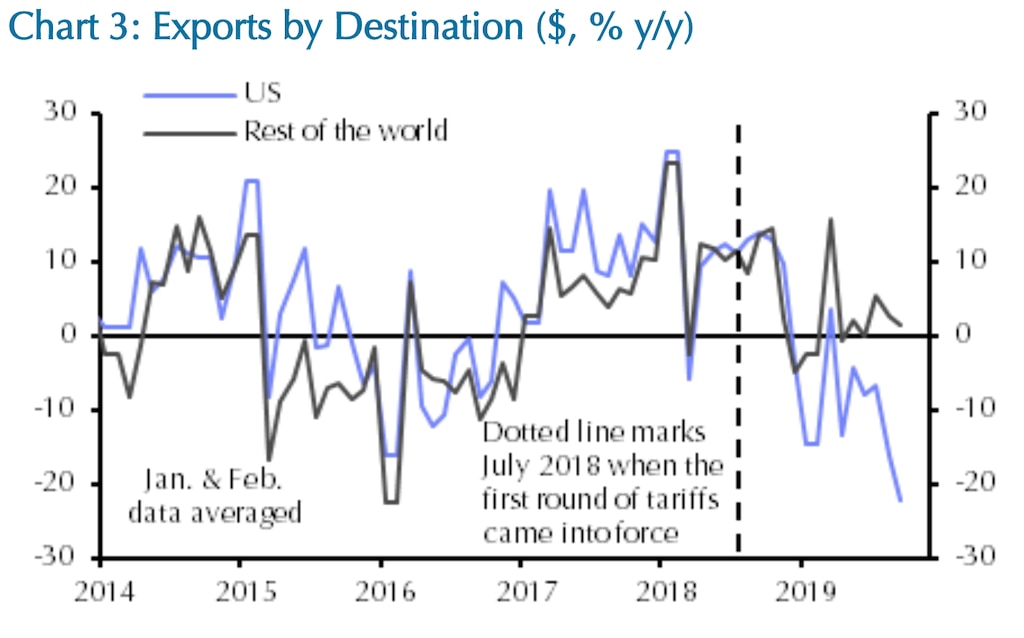