Bears have tightened their grip on D-Street in the truncated trading week after the World Health Organisation (WHO) declared COVID-19 as a pandemic. This dampened investor sentiment and benchmark indices hit a lower circuit, a first since the 2008 crisis.

On March 10, the market was shut on account of Holi.

WHO declared COVID-19 as a pandemic after the virus spread across 124 countries. Globally, over 1.3 lakh people have been infected, with over 5,000 fatalities – majority of them in China. Infections have steadily risen in Iran, Italy, South Korea and the US. On March 13, US President Donald Trump declared coronavirus a US national emergency.

On the economic front, retail inflation for February stood at 6.58 percent versus 7.59 percent in January.

Swiss brokerage UBS too sharply cut its FY21 GDP growth forecast to 5.1 percent on fears around the coronavirus outbreak. The brokerage also cut its FY20 growth estimate marginally to 4.8 percent.

On March 13, the market opened gap down and hit a lower circuit in few minutes of trade. After that, trading was halted for 45 minutes. On resumption of trade, the market recouped most of the day’s losses and posted its biggest intraday recovery to end on a positive note.

On the weekly technical chart, the Nifty has formed a hammer candlestick pattern, which is considered a bullish reversal pattern as it mainly occurs at the bottom of the trend. 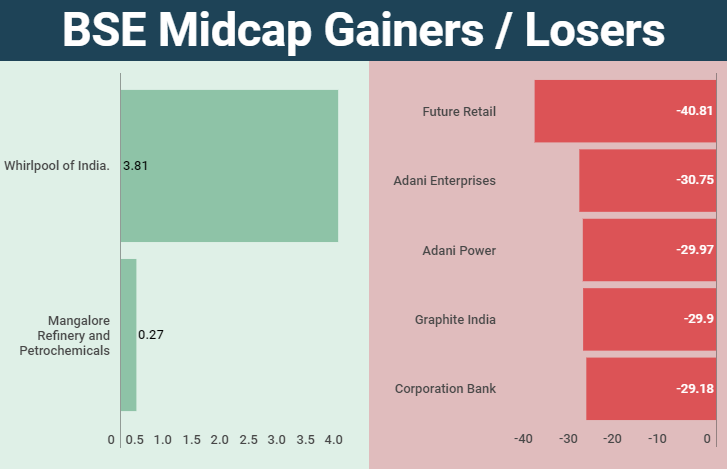 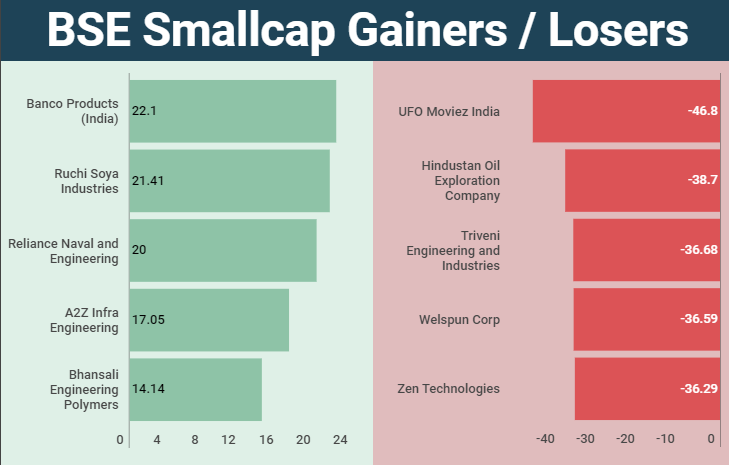 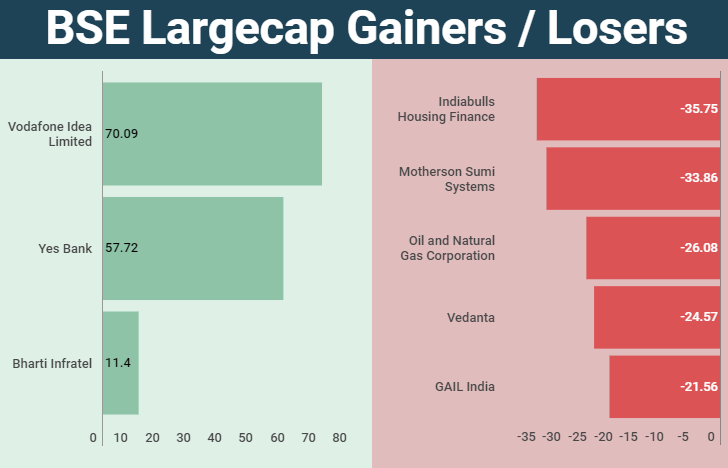 On the BSE, TCS lost the most in terms of market value, followed by Reliance Industries and Infosys this week. 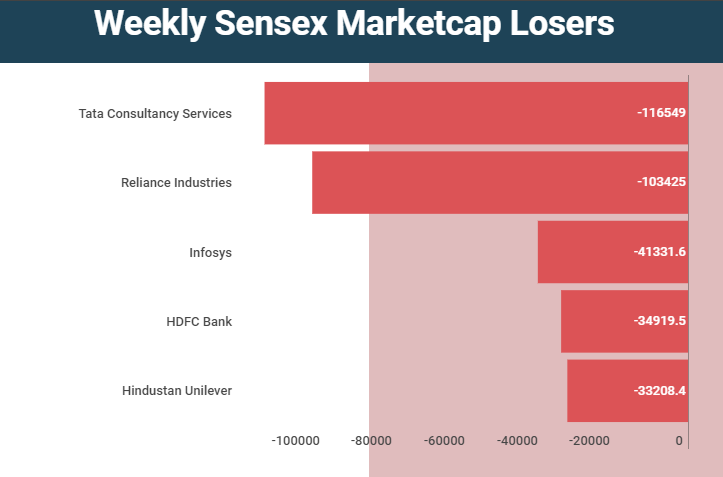 The Nifty Media index underperformed sectoral indices with a loss of 16 percent during the week. 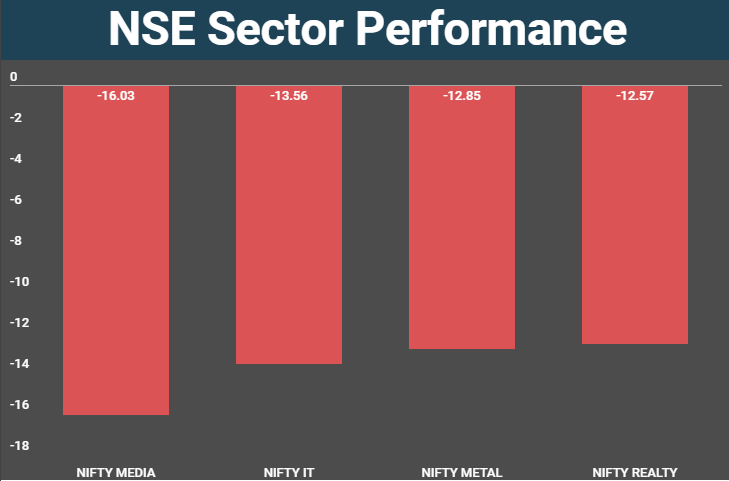