A normal White House would have rushed to its ally’s defense by now.

Here’s what would normally happen after an outrage like the attempted murder of a Russian defector and his daughter with a nerve agent, in an attack that also poisoned a British police officer and exposed as many as 500 people to neurological risk.

The United States would instantly offer Britain any technical assistance it might require: forensic chemical analysis, other kinds of information collection.

Next, the U.S. president would reach out to the British prime minister with some visible demonstration of solidarity: typically, a phone call that would be photographed, with a read out of the call distributed to media. If the British thought it useful, that phone call would be backed up by a visit by some senior member of the administration: the vice president perhaps, or the secretary of state. 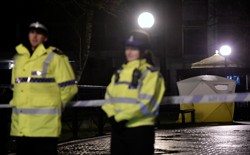 The official statement Prime Minister Theresa May offered in the House of Commons today, saying it was “highly likely” Russia was the perpetrator, would be immediately supported by a carefully coordinated statement by the U.S. government, as well as other important allies in an effort led by the United States.

The U.S. would lead the way to forge some kind of common NATO statement, as well as-given the difficulties of Brexit-working to ensure that the European Union demonstrated solidarity too.