PDS 70, the star that last year gave us the first ever confirmed direct image of a planet being born, had an extra trick up its protoplanetary disc. In follow-up observations, astronomers have found a second planet – and managed to take photographs of both.

This gives it the added honour of being only the second-ever multi-planet system to have been unambiguously photographed directly.

(The first was HR 8799, with its four exoplanets, one of which has water in its atmosphere, and another of which is a tempestuous hell-world.)

The two planets orbiting PDS 70 are PDS 70b (that’s the one astronomers found last year) and PDS 70c. The new image shows that they’re carving out a massive cavity in the protoplanetary disc of gas and dust that surrounds the young star, an orange dwarf just 370 light-years away.

It’s a magnificent technical achievement and an incredible thing to see.

We do know that there are lots and lots of exoplanets out there. Thousands have been detected, mostly by searching for the very slight dimming that occurs when a planet passes in front of a star, or the very slight wobble caused by the planet’s gravitational tug.

We also know that when stars are newly formed, they’re orbited by a swirling disc of dust, rocks, and gas. Planetary accretion is thought to occur when particles in the disc collide with each other and stick together, gradually growing stronger gravitationally, collecting and clearing material from the orbital path, and eventually forming a planet.

Astronomers in the past have taken some pretty amazing images of these protoplanetary discs, with strong evidence of that orbital clearing.

But directly photographing a planet is a lot harder. This is because usually exoplanets are very far away, and therefore too faint to be seen by our optical telescopes, especially when any light they may reflect is outshone by the brightness of the star. And sometimes what looks like direct evidence isn’t what it seems.

So, while we can make an educated guess as to whether there are baby planets in those discs, we’ve actually seen very few, which does mean that, well, there might not be.

“With facilities like ALMA, Hubble, or large ground-based optical telescopes with adaptive optics we see discs with rings and gaps all over. The open question has been, are there planets there?” said astronomer Julien Girard of the Space Telescope Science Institute.

“In this case, the answer is yes.”

The images obtained have allowed scientists to infer quite a bit of information about the planets.

PDS 70b, as we learned last year, is around 4 to 17 times the mass of Jupiter, orbiting the star at a distance of about 20.6 au (3.22 billion kilometres, or 2 billion miles), just a little farther than Uranus orbits the Sun. It takes around 120 years for a single orbit.

The planet was discovered using the planet-hunting instrument SPHERE on the ESO’s Very Large Telescope, with its starlight-blocking coronagraph and polarisation filters that block specific wavelengths, letting the telescope focus on light that may be reflected by a planet, as opposed to light emitted by a star.

PDS 70c was discovered using a different instrument, the VLT’s MUSE spectrograph, with a new mode that allows the telescope to home in on a hydrogen signal – a signature of gas accretion, such as you might see in a forming gas giant planet.

This mode was not originally intended for exoplanet hunting at all, but for studying galaxies and star clusters. But the discovery points to a potential new way to try to identify still-forming exoplanets within protoplanetary discs.

“We were very surprised when we found the second planet,” said astronomer Sebastiaan Haffert of Leiden Observatory.

That’s the kind of surprise we can all enjoy.

The research has been published in Nature Astronomy. 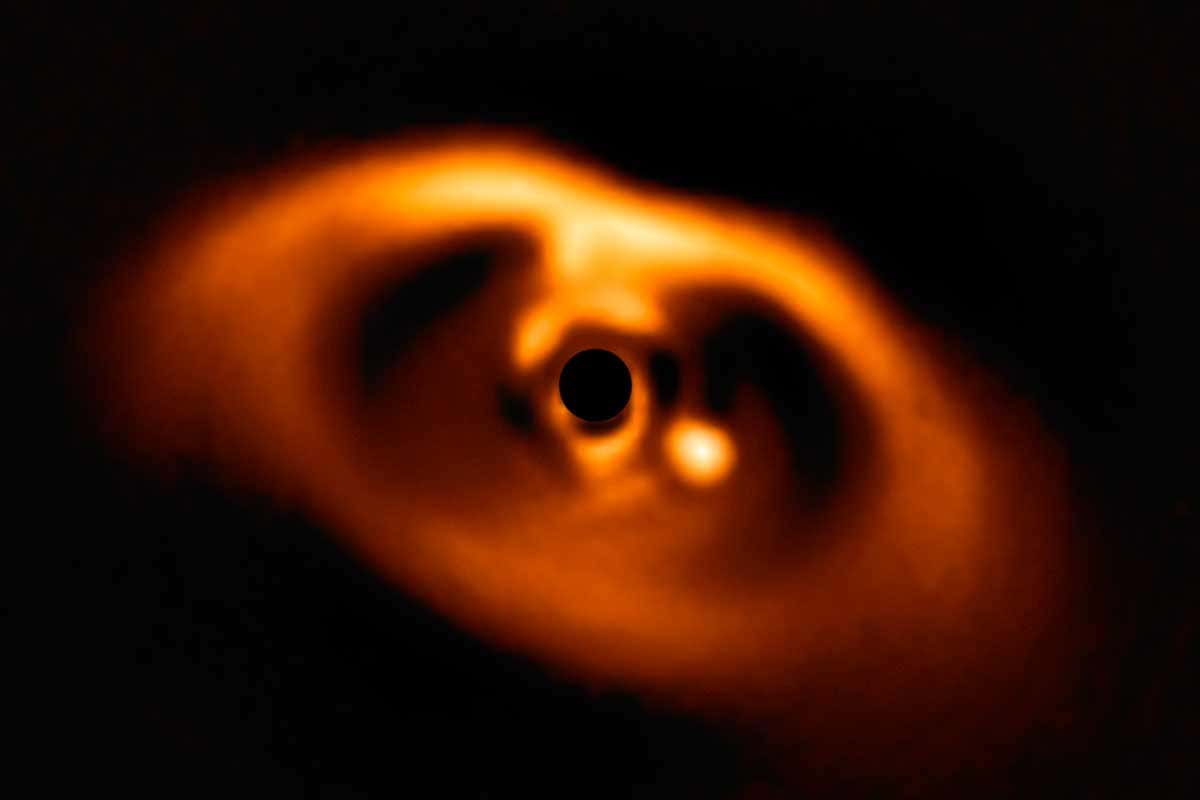