There are quite a few changes coming to the Maps app in iOS 13, which gives Apple Maps a feature set that more closely mirrors some of the tools and functionality available in more robust mapping apps like Google Maps.r

The most interesting and notable change in Maps is the new Look Around feature, which is Apple’s answer to Google’s Street View function. Look Around lets you get a street level look at what’s around you (or what you search for) in the Maps app. 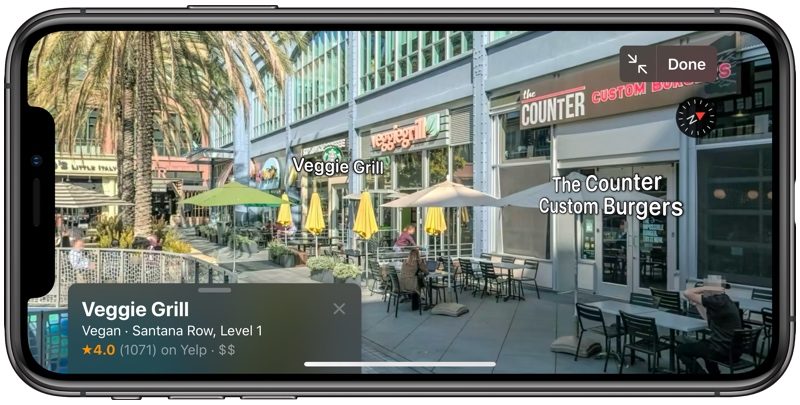 r
Look Around leverages all of the Maps-related data collection that Apple has been doing, which has ranged from in-car data gathering for many months to data collecting on foot in select cities. 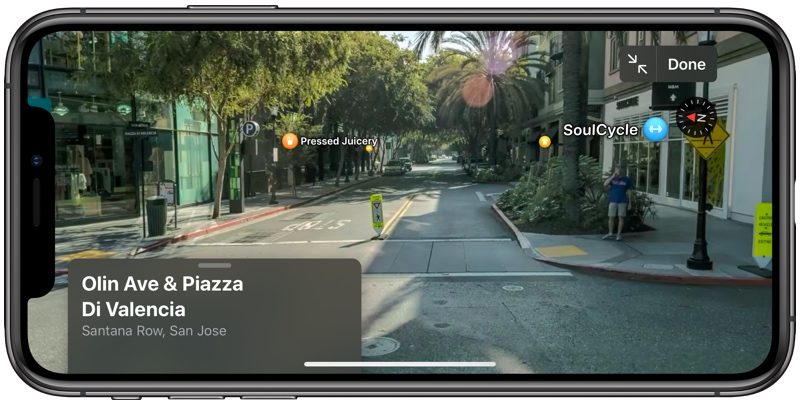 r
Look Around in the main Apple Maps view can be used wherever a pair of binoculars are shown. Tapping that delves into a close-up street level view of the location in a little card, which you can tap again to use the feature full screen. 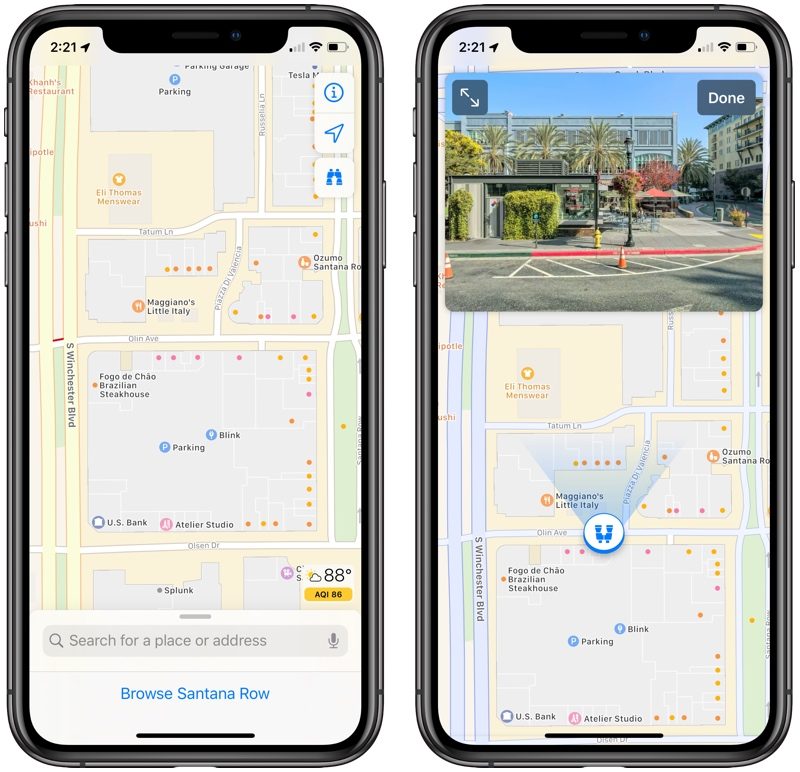 r
Tapping around on the display lets you move through the Look Around area, and tapping on an area far in the distance does a neat zooming maneuver that’s fun to watch. Notable points of interest, such as restaurants and businesses, are highlighted with identifying icons.

#iOS13 has its own version of Streetview called Look Around. pic.twitter.com/vzHHn7jqCA

r
Look Around is limited to areas where a car can go because it’s using data captured from a 360 degree camera on a vehicle. That means you can’t zoom into areas like parks or beaches, for example, but Apple could add this function in the future since the company is collecting data on foot too. 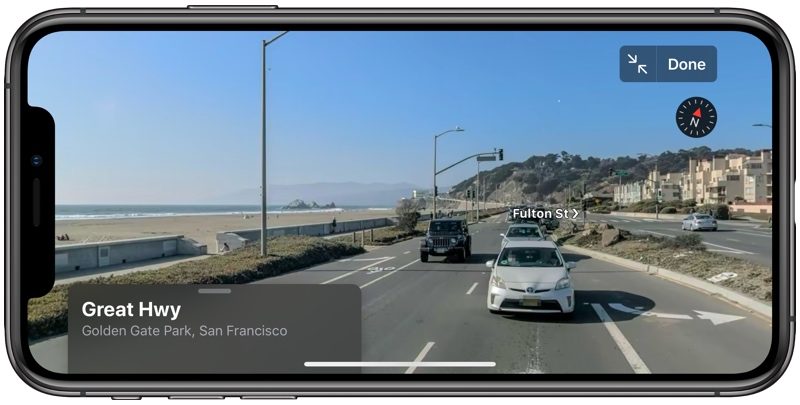 r
As with Google Maps, personal information like license places and faces is blurred out to protect people’s privacy.

Right now, Look Around is limited to select areas in the United States such as parts of California and Nevada, but Apple plans to expand availability after iOS 13 is released. It is expected to be available across the United States in 2019, and other countries in 2020.

Maps in iOS 13 has a “Favorites” option, which lets you search for specific locations and add them to a favorites list. Favorites are Home and Work by default, but you can add any location. 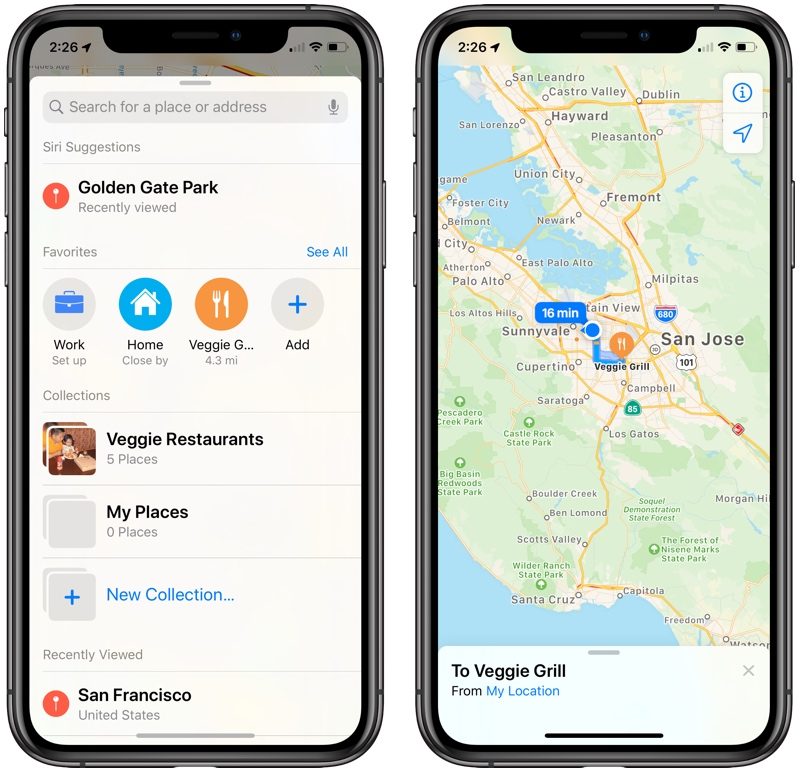 r
Tapping one of your favorite options brings up directions to that spot straight away, making the Favorites list the best place for the places that you travel to on a regular basis. Siri Suggestions is also used here to suggest places that you visit a lot that you might want to add.r

There’s also a new “Collections” feature where you can aggregate different locations, such as restaurants you want to try or places that you might want to visit. 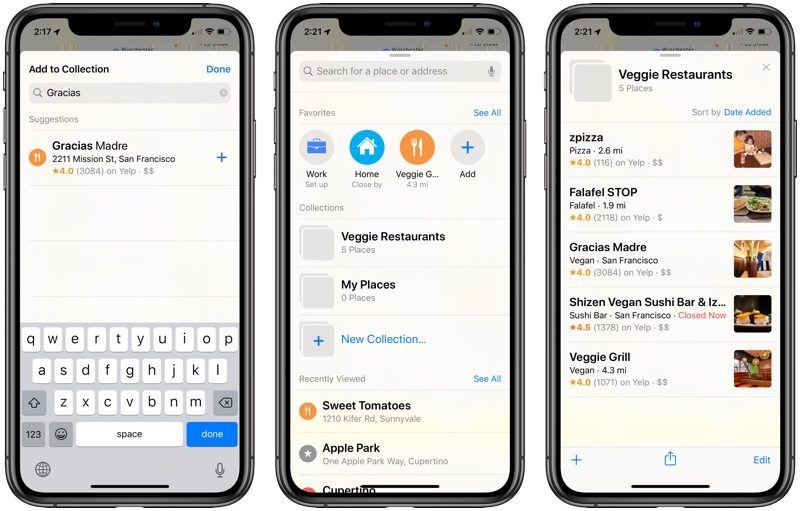 r
All of your Collection lists can be shared, so you can make up lists of places for friends and family visiting you in your city and then share it with them, for example. 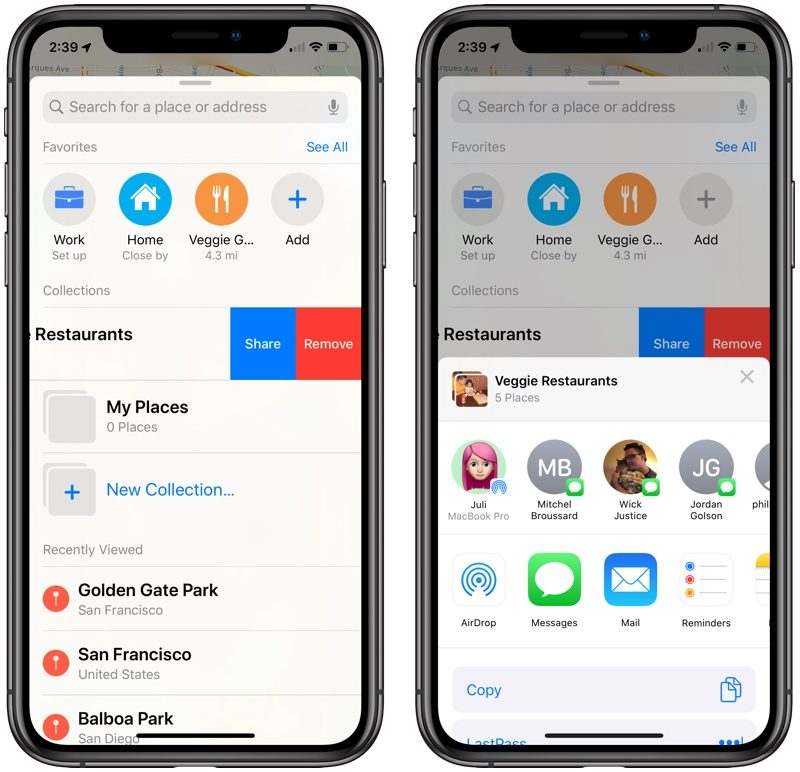 r
Apple on stage mentioned a revamped Maps interface in iOS 13, but this appears to have been largely referring to changes that the company already started implementing in iOS 12.r

There are, however, some noticeable changes to the main Maps interface even in areas where updated iOS 12 maps have already rolled out, such as a view of road hazards and traffic conditions that are normally only visible when turn-by-turn directions have been inputted. Traffic in iOS 13 is visible on the main map. 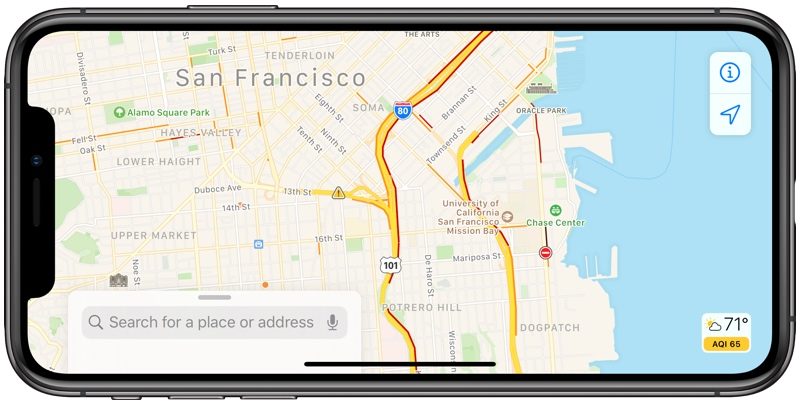 r
Apple’s iOS 13 website specifically mentions more realistic details for roads, beaches, parks, buildings, and more, but it’s not entirely clear if all of this is new.

Both Collections and Favorites are nice additions to Apple Maps that make it more useful, and Look Around is a fantastic new tool for getting a close look at what’s nearby. 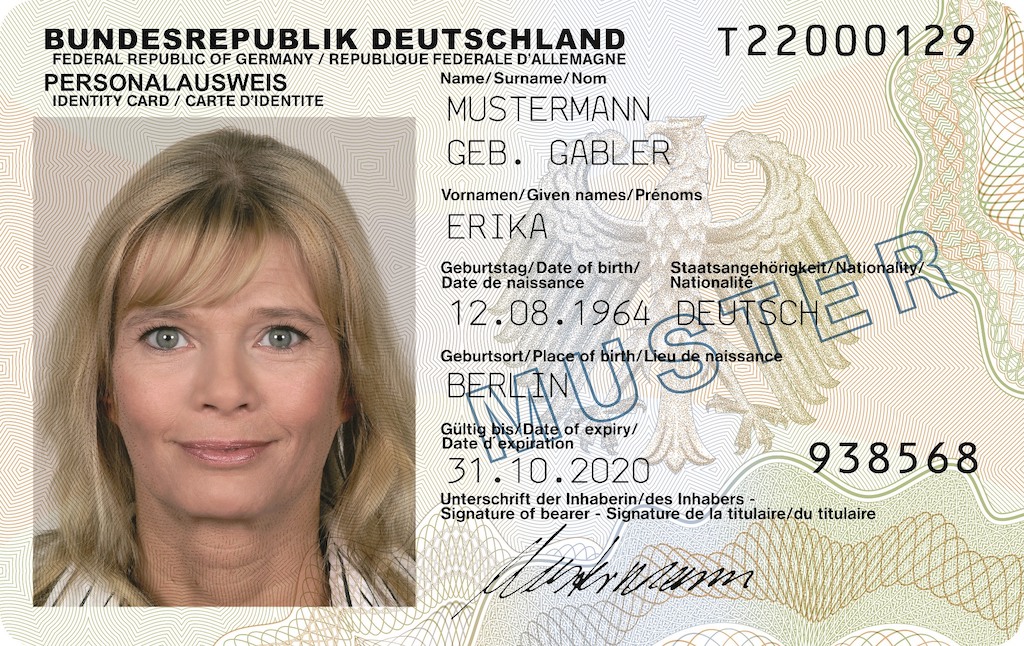 How to Trigger Automatic Shortcuts in iOS 13 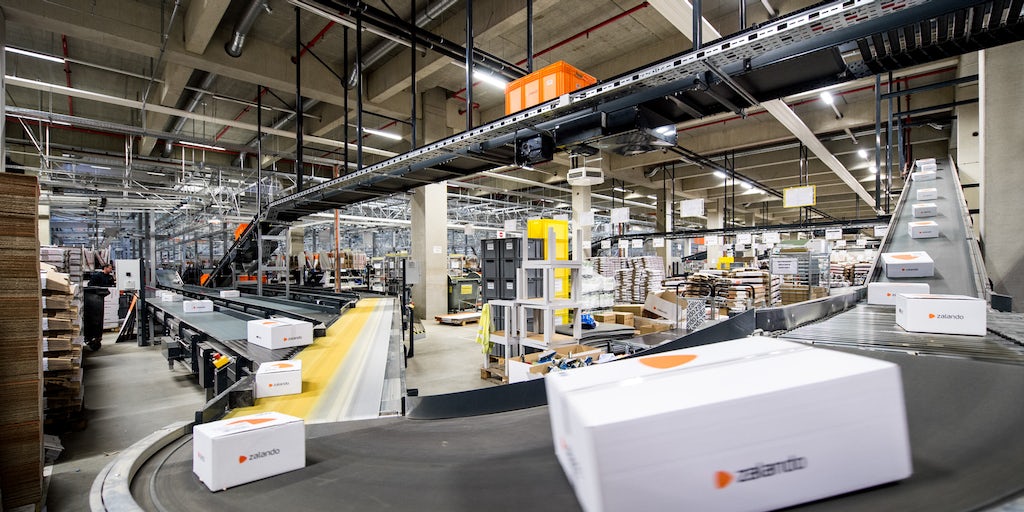 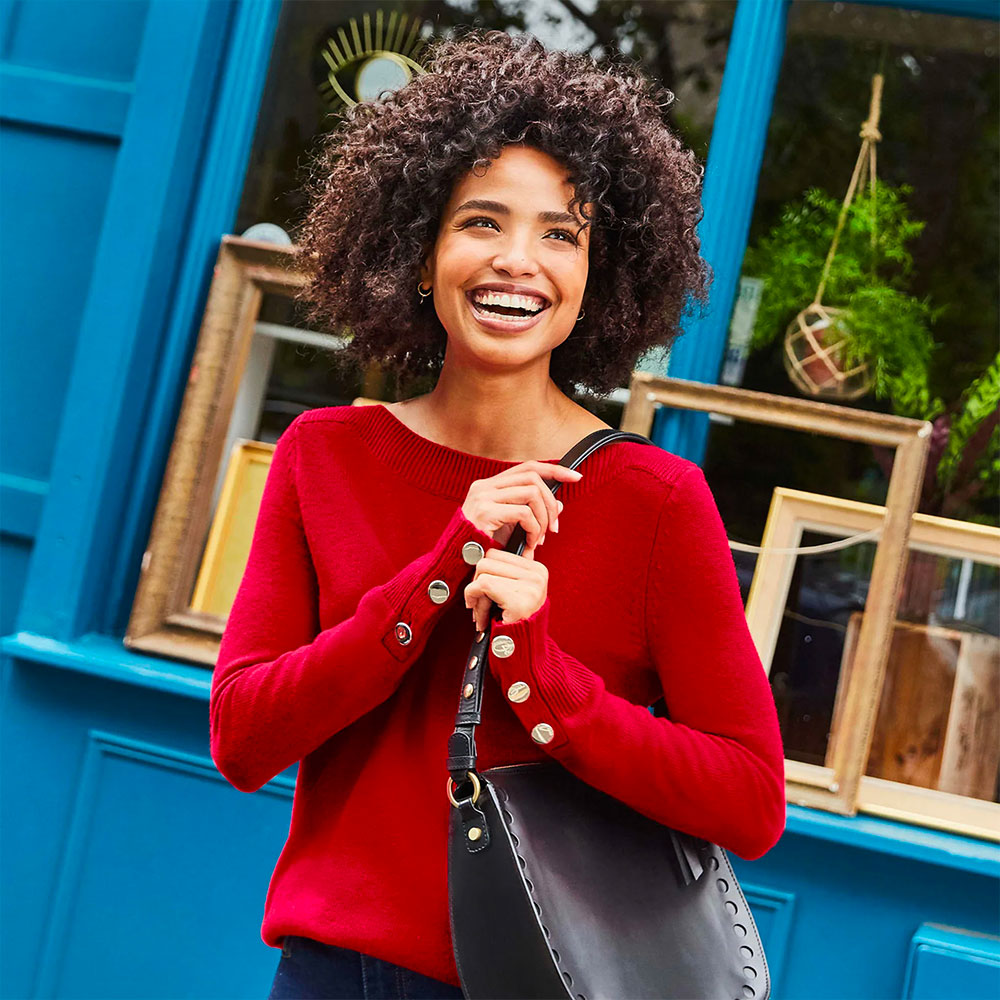 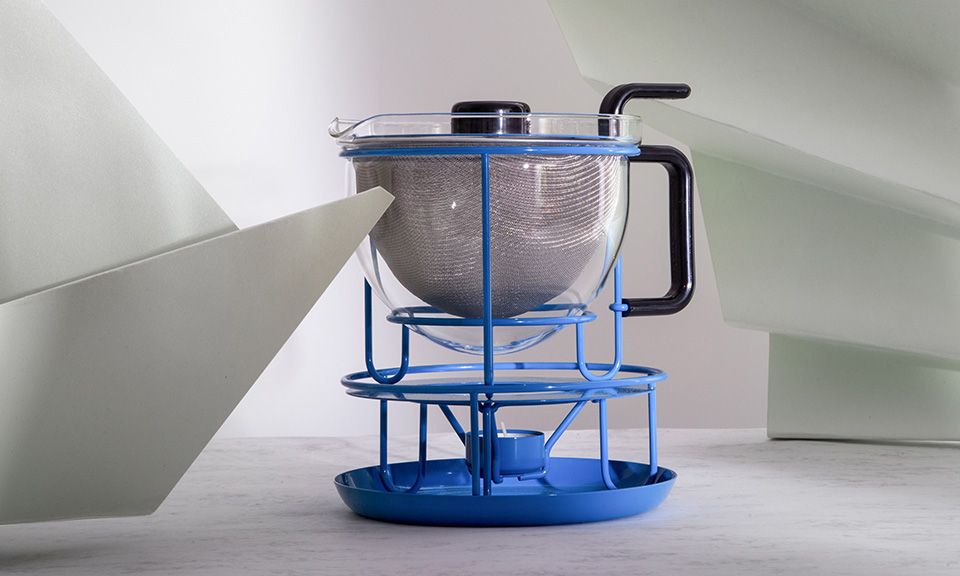