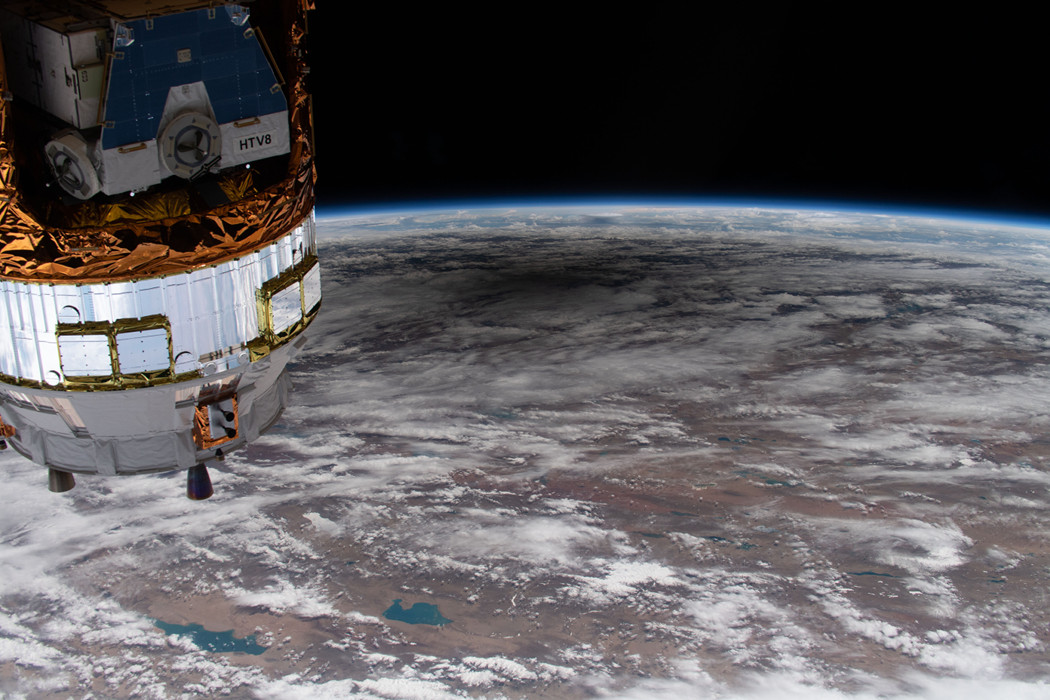 Explanation: The dark shadow of the New Moon reached out and touched planet Earth on June 21. A high definition camera outside the International Space Station captured its passing in this snapshot from low Earth orbit near the border of Kazakhstan and China. Of course those along the Moon’s central shadow track below could watch the much anticipated annular eclipse of the Sun. In the foreground a cargo spacecraft is docked with the orbital outpost. It’s the H-II Transfer Vehicle-9 from JAXA the Japan Aerospace Exploration Agency.

SpaceX Has Now Made History For The Second Time in Two Days, Docking With The ISS 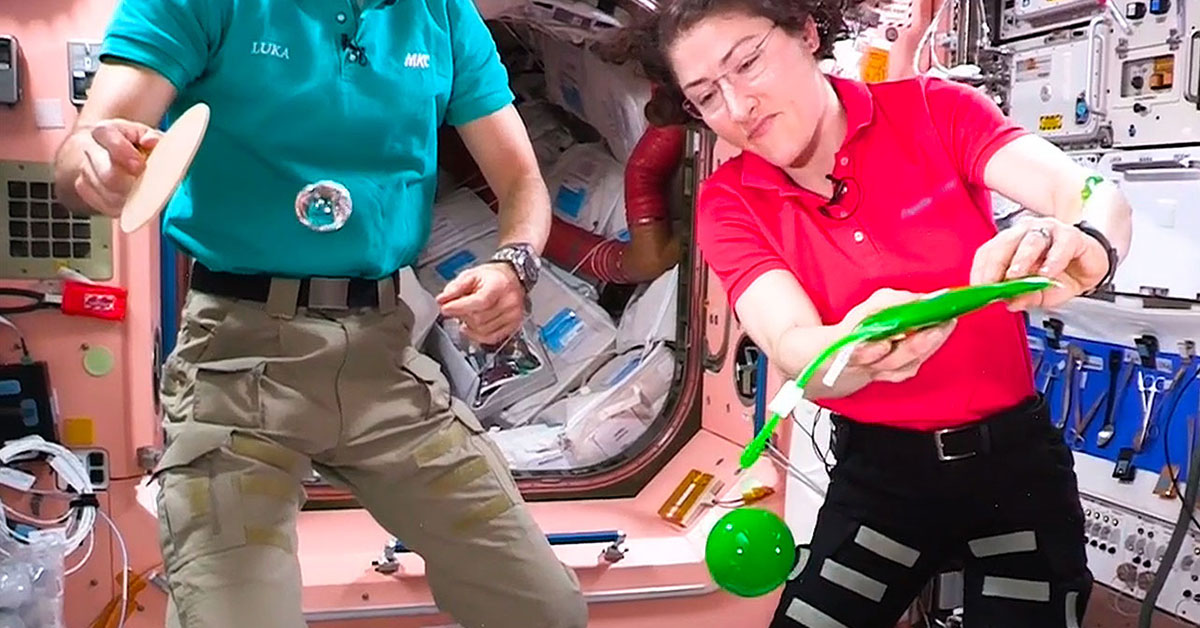 It’s Official: SpaceX Will Carry Its First Humans to The Space Station Next Month

Three Astronauts Just Docked With The Space Station, Leaving Behind an Uneasy Planet