Microsoft, Google, Amazon, Samsung, Bose and plenty of other companies are all trying to mimic the success of Apple’s AirPods. The new Echo Buds are Amazon’s take on the wireless earbud category, and I’ve been testing them for the last week before they’re released to everyone on Wednesday.

They sound pretty good – I like the noise reduction option that helps block out noisy places, something regular AirPods don’t have – but there are a few areas where Amazon can make improvements. (On Monday, Apple announced the $249 AirPods Pro with noise cancellation. They also launch on Wednesday.)

There’s a reason Amazon built the Echo Buds. Over the past few years, Amazon has tried to bring its Alexa voice assistant everywhere you go. It started in your house with the Echo speaker, expanded to the car last year with Echo Auto and, now, with the Echo Buds, you can call up Alexa wherever you are.

Alexa is a really good voice assistant, and you can use it to buy anything you want from Amazon just using your voice. Now, you can do that while you’re walking to work or sitting on the train, just by saying “Alexa,” while wearing the headphones. The Echo Buds are also a good portal into Amazon’s services, like Amazon Music and its Audible audiobooks.

They work with Android phones and iPhones (and other Bluetooth gadgets), but might be most attractive to people who don’t own an iPhone and don’t care for AirPods. That’s a huge market of buyers and good for Amazon, considering Google won’t release its newest earbuds until next year.

The Echo Buds cost $129.99, undercutting the price of Apple’s $159.99 AirPods by $30 while also including features the regular AirPods don’t have, like sweat resistance and noise reduction.

Amazon uses Bose noise reduction technology but won’t call it “noise cancellation” as most other companies do. It seems to work the same, however, and did a good job blocking out background noise while I was listening to music at home. It’s just not as good as full noise-cancelling headphones that you’d find from Bose or Apple’s Beats brand. You can still hear some stuff, like loud voices.

There’s a neat “Passthrough Mode” that you can turn on by double tapping the side of the Echo Buds (the same control to switch to noise reduction mode), which amplifies the sounds outside. So, if you’re listening to music and turn on passthrough, you’ll be able to hear airplane gate announcements, people talking or cars driving on the road, which is nice if you’re a commuter. It works well, and I liked that you can adjust how loud passthrough is, so you can turn it all the way up to make sure you really do hear the outside world. Some headphones have similar options that don’t sound as clear.

You can use the Echo Buds to access your phone’s voice assistant like Siri or Google Assistant, but I preferred sticking with Alexa. I liked how convenient it was to quickly ask Alexa to turn on the lights in my house, order soap from Amazon, play a book from Audible and stream music from one of a bunch of services including Apple Music, Amazon Music, Spotify and Sirius XM. Alexa was also able to hear me accurately most of the time, which meant it knew who I was trying to call when I asked it to call my editor.

Call quality was on a par with AirPods. My editor said I sounded good and clear enough for him. I didn’t have any issues with the buds dropping a connection during another hourlong phone call, and liked that I could turn on noise reduction so that I could hear the other end more clearly. One person said that I sounded “tinny,” though, and that they could tell I wasn’t speaking into my phone.

Battery life was about what I expect from wireless buds. Amazon advertises five hours per charge and says the case gives you up to 20 hours when you charge up in between uses. After an hour phone call, the buds dropped to 74% and 88%, respectively. It’s weird that one lost more battery life than the other.

Amazon includes three different tip sizes and three different optional wings that help the buds stay in your ears. Most people I know like their AirPods, but I’ve heard from several who complain that they won’t stay in their ears. The Echo Buds are good at that.

But I found that they’re a little uncomfortable to wear for a long period of time, even after I tried all of the tip sizes. I wore them for most of a work day, walking around my house during calls and sitting at my desk listening to music. AirPods aren’t perfectly comfortable either, but I thought the Echo Buds would be a little better since they have softer tips.

The case is bigger than the AirPods case, and it feels and looks like cheap plastic. It also uses older microUSB technology for charging. That’s not a big deal, but it also means you need to carry a microUSB cord with you instead of a newer USB-C cable that most modern gadgets use.

Also, the controls on the sides of the Echo Buds can be a little finicky. The double-tap input to activate passthrough or noise reduction works fine, but sometimes I had to hold the side really long to bring up Siri, if it activated at all. I could just bring up Alexa by saying “Alexa,” but I don’t always like talking to myself in public.

Sometimes the Alexa app, which is used to control your in-home Amazon products and also the Echo Buds, can be a little weird, too. You can use it to start audible books, for example, but not Spotify playlists. Instead, if you want Spotify, you need to open the Spotify app, even if they’re listed in the Alexa app as recently played. But I do like that the app makes it really easy to pair the Echo Buds. You just open the case and tap them when they pop up in the app.

Finally, if you add on the wings that help keep the Echo Buds in your ears, they can sometimes prevent the Echo Buds case from closing completely until you either jam it closed or adjust the wing so that it’s not blocking the case cover. I think Amazon could have designed this a little better so the buds fit more seamlessly.

Despite some of the drawbacks, the Echo Buds are priced well at $129, and I think they’re a good option for folks who haven’t bought or don’t care for AirPods. They’re an especially good option for Android users, maybe even the best option.

I really like the noise reduction option, that they last long, sounded good enough on phone calls and worked really well with Alexa. I wish Amazon built a better case and that they were more comfortable, though. But people’s ears vary enough that what I find uncomfortable might be perfectly fine for you.

I think most people who own iPhones and iPads should just buy AirPods, since they work so seamlessly with Apple’s products. They have a much smaller case, too, and feel more premium. If you like noise canceling, then you may want to consider Apple’s AirPods Pro, which were announced on Monday but cost $249. 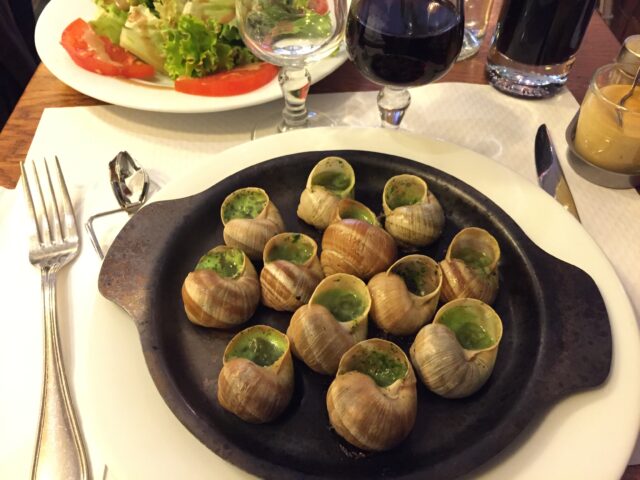