DENVER – Several of the state’s largest school districts are canceling class Wednesday in an unprecedented move while law enforcement searches for 18-year-old Sol Pais. She’s accused of making threats to carry out an act of violence against the Denver area.

The Colorado Department of Education tweeted early Wednesday that “Metro area school districts will be closed on Wednesday, April 17 due to ongoing safety concerns.”

In notices sent to parents, Denver Public Schools said superintendents “collectively determined that the safest course of action will be to close schools.”

More than half a million students and their families are impacted by all of the closures, according to numbers from the CDE. The decision to close Colorado’s eight largest school districts affects 443,000 of those students.

School leaders initially said they would wait to make a decision until a 3:30 a.m. conference call Wednesday with the Colorado Department of Education, law enforcement, and superintendents. It’s unclear if that conference call will still happen.

The districts made the decision to call off school before the scheduled conference call.

An alert to authorities said Pais is “infatuated” with the Columbine school shooting, and she came to Colorado to buy weapons. Authorities confirmed she flew here from Miami and did buy a pump-action shotgun and ammunition here this week. She is considered armed and dangerous, but officials haven’t been specific about the nature of the threats, other than saying they’re “credible.” She was last seen in Jefferson County. 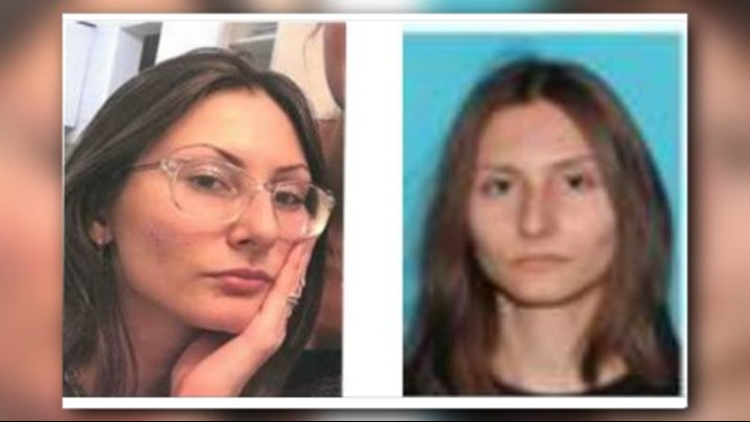 The Jefferson County Sheriff’s Offices did say these were general threats to schools, and not threats directed toward one school specifically.

The CDE had already urged all schools in the Denver metro area to go into lockout status on Tuesday afternoon in response to the threats. Jefferson County Public Schools Superintendent Jason Glass said his district was notified around I noon.

“Got the threat a little before that,” he said. “The message came out from the Commissioner of Education asking schools to put students in a controlled release. We had already made that decision. We were already operating in coordination with law enforcement. I can’t speak as to why they sent that out. In coordination with law enforcement, we made the right decision for our schools.”

In a letter to parents, Jeffco said they worked closely with law enforcement to make decisions about dismissals. They explained the process like this:

This situation stemmed from a threat that was identified by law enforcement, who notified Jeffco Public Schools Department of School Safety. In collaboration with Jeffco Sheriff’s Office, we placed selected schools on lockout as a precaution. Lockout means business as usual inside the buildings; entry and exit are restricted. We know that situations like today are concerning. While not common, sometimes schools go on lockout during the day if there is a safety concern outside of the school building. Most of the time, these last a few minutes while the issue is resolved. When a lockout lasts only a few minutes, we send a message to families at the conclusion of the incident. Other times, like today, we keep schools in lockout status for an extended period. With an extended lockout, we must confirm the action plan with the Jeffco Sheriff’s Office and follow their direction before notifying families. We posted immediate updates on social media and then followed with a more detailed message as more information was available.

Glass said threats have ramped up a bit, as we approach the 20th anniversary of the Columbine shooting. He said they’re disruptive and distracting. Still, he felt the district handled Tuesday’s events as well as they could have, partially and unfortunately because of previous experience.

“Jeffco has the gold standard model in security and response protocols. That comes with the history of Columbine, and our school district experiencing two other school shootings. We have a robust system of school safety and security. We are hypervigilant. We take all these concerns very seriously. We also don’t want to overreact to them. Keep the focus on the learning experience while we also pay attention to safety,” he said.

As of Tuesday night, Pais is still at large. At a press conference, law enforcement called the search for her “a massive manhunt.”