FRIBOURG, Switzerland – My nine-year-old daughter came home from school on Friday afternoon with the news that she will not return there for 7 weeks, an extra-long closure introduced hours ahead of the federal measures in several cantons. “I feel like I could laugh or puke or cry,” she told me.

She’s not the only one.

As one of the top 10 most affected countries worldwide, Switzerland has seen a rapid increase in cases of coronavirus since its first case was confirmed on Feb. 25. There were approximately 4,075 confirmed cases on Thursday afternoon, up from 1,359 on Sunday, according to local health authorities, and 41 deaths.

On Monday, the government declared an “extraordinary situation,” and banned all private and public events and ordered restaurants and bars to close. Up to 8,000 military members will be mobilized.

All schools and higher education centres are closed until April 4. Public transport will remain in operation but people are advised to avoid using the service where possible. The borders, usually open as part of the 26-member Schengen zone will be closely controlled, with restrictions on who can enter the country.

Those wishing to enter Switzerland from “risk countries” will not be admitted unless they are Swiss citizens, registered Swiss residents, or have a valid business reason for travel. Head of the Department of Home Affairs, Alain Berset, said the government advised citizens against all non-essential travel abroad.

“It is a new society,” Berset said, warning that daily life would have to be slowed down from now on, given the rapid spread of COVID-19, the disease caused by coronavirus SARS-CoV-2. Berset stressed that it was imperative to avoid the mixing of the generations to protect older people who are more vulnerable to the virus.

Dispatches from the front lines of a pandemic: ‘Retired doctors have been asked to go back to work.’ Italy’s lockdown hasn’t had much impact – yet

There has been frustration among people here about how slow the government has been to restrict travel from the neighboring coronavirus hot spot in Northern Italy.

As of Thursday, there were 41,035 confirmed cases of COVID-19 in Italy, and 3,405 deaths. Italy is the worst affected of all European countries. There are 242,714 confirmed cases worldwide, according to the Johns Hopkins University’s Center for Systems Science and Engineering.

The discretionary border control announced last Friday between Switzerland and Italy may not satisfy everyone.

A public-information campaign on hygiene and behavior was launched, with posters and flyers visible all over the country. The advice on social distancing means a suspension of the customary greeting of a handshake or three kisses. The abandonment of this polite fixture in Swiss social life has been strange to say the least.

Swiss President Simonetta Sommaruga also took part in the press conference. Speaking fluently in German, French and Italian she repeated the core message of reassurance three times: “The situation is serious but we have the medical and financial means to deal with it.”

This essay is part of a MarketWatch series, ‘Dispatches from the front lines of a pandemic.’

However, she said the new measures being introduced were drastic and would be felt by everyone in their daily life. “Countless businesses will be hit hard,” she said but pledged that the government would not abandon them and that help would be available “quickly and un-bureaucratically”.

The economic consequences of all this disruption keep multiplying and are hard to measure. Last week, the government said it would make CHF 10 billion ($10.5 billion) available to the private sector. The main goal is to ensure liquidity and the payment of salaries.

The Swiss economy earns every second franc abroad. Most of the support money is allocated to pay unemployment benefit to employees who are forced to reduce their working hours, so-called short-time working. This scheme was widely used during the last financial crisis to avoid layoffs, keeping incomes stable and giving companies time to get back on their feet.

Public life has been unusually quiet in the last two weeks, with everyone keeping a wary eye on developments next door in Italy. The ice hockey season, the sporting highlight for many Swiss, came to a premature end this week.

The entertainment and leisure sector was one of the first to suffer early into the crisis and special funding has been set aside for these companies and clubs as well as the self-employed. The tourism sector is also experiencing a collapse in bookings.

Dispatches from the front lines of a pandemic:Spain may be a week ahead of the U.S. in its coronavirus quarantine: Here’s what you can learn from its experience

Baselworld Watch Fair and the Geneva International Motor Show were among the cancellation casualties. A cantonal official in Geneva estimated that the cancelled car show would cost the local economy CHF 250 million ($262.8 billion).

Like other countries at the sharp end of the global pandemic, the situation is evolving so fast that there is barely time to absorb the implications of each new development before the next one is announced. The travel ban imposed by the U.S. last week was the latest shock to the system.

Many lightweight exports, for example machine parts and pharmaceuticals, are exported on passenger flights. The longer the restrictions are in place, the more damaging it will be to supply chains and earnings.

Switzerland is braced for a serious economic hit as the U.S. is its largest export market after the European Union. Although not a member of the EU, Switzerland cooperates very closely with the bloc economically and politically.

Under Swiss law, every resident is required to purchase health insurance from one of several non-profit providers. Those on low incomes receive a subsidy for the cost of cover. As early as March 4, the federal health office announced that the cost of the test – CHF 180 ($189) – would be reimbursed for all policyholders. But the government is in a race to prevent what happened in Italy – the increasing number of sick patients overwhelming health-care services – from happening here.

The southern Italian-speaking Swiss region (canton) of Ticino has been hardest hit so far due to its close connections with Italy. The canton declared a state of emergency on March 12. Up to now, a debate has raged about whether or not to close its border with Italy. The local economy on the Swiss side relies on 68,000 cross-border workers commuting daily. Around a third of health-care staff in the canton live in Italy.

Hand sanitizer and masks are difficult to find and supermarket shelves were cleared of some staples and produce Friday and Saturday in a fresh bout of panic buying. In homes across the country, people worry about their elderly relatives and friends and wonder how they will occupy their children and work in the coming weeks.

Several cantons closed their ski resorts Friday, including famous destinations like Zermatt, Saas-Fee and St Moritz. Resorts that stayed open were ordered to close Saturday by Berset, bringing an early end to the season for tourists, business owners and staff.

Things have changed in a very short space of time. Just last week, a friend who was on a flight from Edinburgh to Geneva was surprised to find it three-quarters full of Scottish skiers gearing up for a long weekend. She asked one of them if he was worried about travelling under these extraordinary circumstances and he said, “No, the weather is going to be good and I hear there’s some great skiing to be had.”

Clare O’Dea is a writer living in Switzerland, and author of “The Naked Irish” and “The Naked Swiss.”

If they did become infected, my friend reckoned, they would probably be OK. They were young and strong, and likely among those with the lowest risk of dying from coronavirus. But what if they became infected and passed it onto an older friend, neighbor or relative back home? They might not be so fortunate. Yet, my friend noted, they seemed oblivious to the pandemic, and to their own responsibility in a world that is changing so fast.

The skier, she said, appeared to have no regrets. He told my friend, “Good powder trumps all.”

The New Mutants opens this week. Here’s why we’re not reviewing it 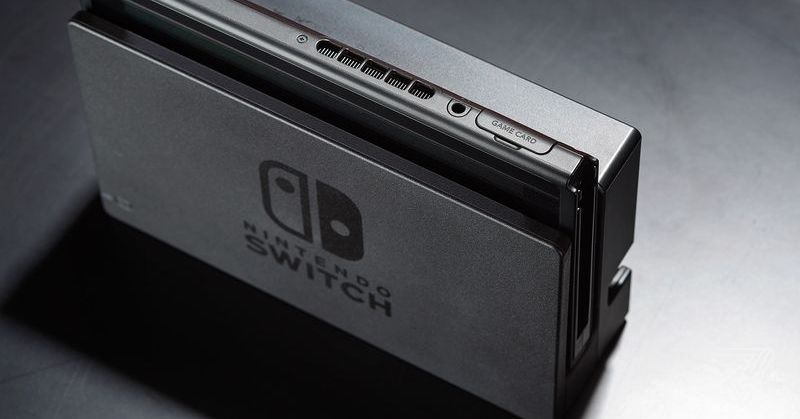