A researcher steps forward and says he has plans to edit the genes of babies. He wants to alter a gene called CCR5 to protect children from HIV. He seems to have the skills, tools and position to do so – and he starts to tell other scientists about his plans.

When Chinese scientist He Jiankui did this, the story went famously wrong. Jiankui pushed ahead with his work quietly, and last November announced the birth of the world’s first gene-edited babies. He was quickly and universally condemned for acting recklessly and ignoring risks. Meanwhile, scientists whom He had told about the work beforehand were criticized for not raising the alarm. 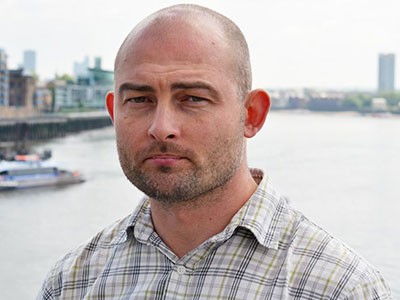 Now this scenario is playing out again. Nature this week reports that molecular biologist Denis Rebrikov at the Pirogov Russian National Research Medical University in Moscow says that he plans to create babies with an edit of the same gene. The proposals are controversial, and already scientists are raising doubts about the credibility of Rebrikov’s claims and his understanding of the risks. But whether or not his plans go forwards, the proposal shows that He was not a lone rogue and that other scientists will move swiftly to pursue human germline gene editing in the clinic – making changes to DNA in sperm, eggs or embryos that will be inherited by future generations. That steps up pressure on the scientific community to intervene and regulate such work.

He’s announcement triggered a worldwide debate on how to discourage rogue gene editing in human reproduction. Some scientists and stakeholders have called for a global moratorium on human germline editing to make genetically modified children, until agreement can be reached on whether safe, acceptable uses exist. Others, including an advisory committee to the World Health Organization (WHO), and this journal, have called for proposals for experiments involving gene editing of embryos or gametes to be deposited in an open global registry. An international commission involving many national academies is examining the issues. The one thing that almost everyone agrees on is that, right now, it is irresponsible to pursue further human germline editing to make babies.

So where does this leave Rebrikov, who wants to start down that road? He has at least been willing to discuss his plans ahead of transferring any edited embryos into women.

He has worked at a fertility clinic using preimplantation genetic diagnosis to help couples avoid passing on genetic diseases to their children, and he knows that this and other techniques are better, safer choices than gene-editing. He acknowledges that there are only rare situations in which the benefits offered by gene editing of human embryos for reproduction clearly outweigh the risks. One of them, he argues, is the group of patients he wants to target: women who are infected with HIV but do not respond well to anti-HIV drugs and thus stand a considerable chance of passing the virus on to their children. But other scientists have been highly critical of Rebrikov’s plans and say the risks are too high to proceed. Having two disabled copies of the CCR5 gene comes with a range of health risks; a study published this month suggesting it is linked to a shortened lifespan ( X. Wei and R. Nielsen Nature Med. 25, 909-910; 2019) has triggered much discussion.

The scientific community now has an opportunity to do what they couldn’t with He – work with Rebrikov to identify and discuss the risks. That’s better done by engaging with him than by branding him a maverick. And Rebrikov must listen to the concerns and the critics, and not move forward until the dangers are assessed.

Time is of the essence. The committee advising the WHO is not likely to issue its final recommendations on an international framework to govern the use of human-gene-editing technologies before 2020. Rebrikov says he might start his experiments this year; perhaps elsewhere, plans are already further ahead. Plenty has been said about the need for debate, consensus and regulation on human germline gene editing, but that process has to keep up with the speed at which researchers can actually do the work.