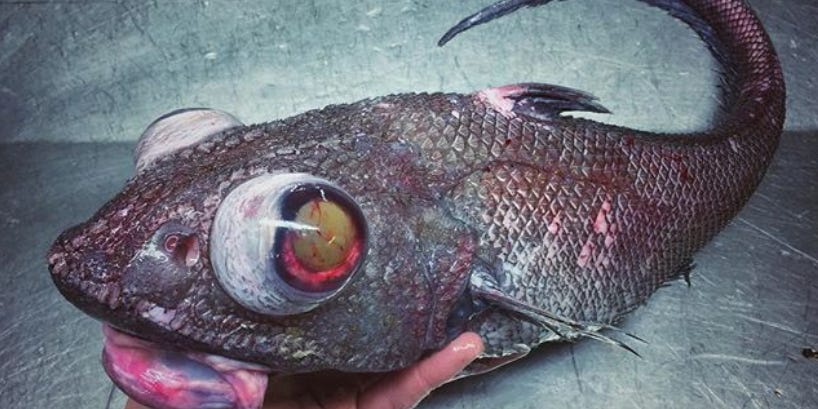 Roman Fedortsov is a deep-sea fisherman who works on a fishing boat.
Fedortsov's boat is located off the coast of northwest Russia and often captures fish from deep sea.

Some fish look so bizarre and monstrous that they almost seem like they have come straight from a science-fiction movie.

Roman Fedortsov is a Russian deep-sea fisherman who works aboard a fishing trawler. It sets sail from Murmansk in the northwest of Russia, which is home to around 300,000.

Some of them are quite monstrous, and they look so horrifying they almost look like something out of a sci fi movie.

Inside the fight to stop destructive fishing in marine protected areas

Overfishing and license fees: what local anglers should know about the new legislation