Epic Games, the company behind Fortnite that recently entered into a major dispute with Apple over App Store policies, is aiming to organize a wider opposition to Apple, reports The Information. 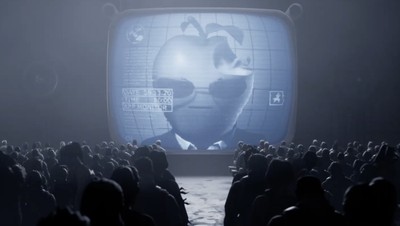 Epic over the course of the last few weeks has allegedly reached out to other tech executives with the hopes of forming a coalition of companies that are critical of Apple's business practices.

While Epic had preliminary discussions with Spotify, the music streaming company had not signed on to join Epic as of last week. Spotify did, however, weigh in on the dispute, applauding Epic's decision to "take a stand against Apple."

We applaud Epic Games' decision to take a stand against Apple and shed further light on Apple's abuse of its dominant position. Apple's unfair practices have disadvantaged competitors and deprived consumers for far too long. The stakes for consumers and app developers large and small couldn't be higher and ensuring that the iOS platform operates competitively and fairly is an urgent task with far-reaching implications.

The Information suggests that Epic could find it difficult to recruit companies to join it, even those who are privately sympathetic to its goals. An executive at a prominent video game company said that he supported pressuring Apple to lower its ‌App Store‌ commission rates, but worried that forming a coordinated effort could violate antitrust laws. It's also not known what role a broader anti-Apple group would have.

It isn't clear exactly what role a coalition would play, if Epic succeeds in forming one. Companies with concerns about Apple are already having informal discussions about their issues with other like-minded companies behind the scenes. One of the people aware of Epic's discussions with other companies described it as an apparent effort to coordinate public messaging about Apple.

Though Epic has not yet persuaded other companies to join it and speak out against Apple, Epic has launched a major fight over ‌App Store‌ policies. Last week, Epic introduced a direct payment option in Fortnite, purposefully skirting Apple's rules surrounding in-app purchases.

Apple responded as expected and removed the Fortnite app from the ‌App Store‌, after which Epic Games filed a pre-planned lawsuit against Apple accusing the company of being a "behemoth seeking to control markets, block competition, and stifle innovation."

Today, Apple sent Epic a letter threatening to terminate Epic Games' entire access to the ‌App Store‌ and Apple's development tools, which would prevent Epic from optimizing the Unreal Engine for Mac and iOS hardware, thereby impacting third-party apps that use the Unreal Engine. The move would also make Fortnite unavailable to play, in addition to making it unavailable for purchase in the ‌App Store‌.

Apple plans to revoke access to all of Epic's developer accounts by August 28 if Epic does not comply with Apple's ‌App Store‌ guidelines, but Epic has filed an emergency lawsuit to attempt to get a court to prohibit Apple from shutting down its access to ‌App Store‌ tools.

Spotify Sides With Epic Games in Battle Against Apple's App Store Fees
Spotify, which has also faced off with Apple over Apple's App Store policies and fees, today
Epic to host a #FreeFortnite tournament with anti-Apple prizes
Apple fires back at Epic: 'We won't make an exception'
Hundreds of iPhones With Fortnite Installed Flood eBay
Enterprising eBay sellers are hoping people who are desperate to play Fortnite will pay high
Epic judge will protect Unreal Engine - but not Fortnite